Is Cade Cunningham A Franchise Player The Pistons Can Build Around?

Mat Issa and Bryce Simon give their analysis of Cade Cunningham’s game on both ends of the floor, and how he may develop. 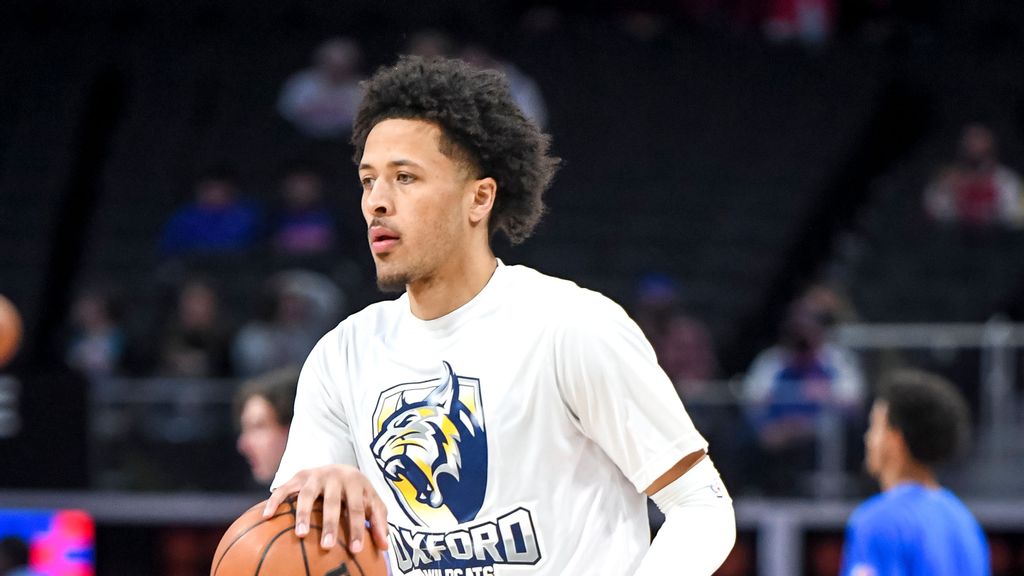 Dave Bing is a lot of things. He’s a Hall of Famer, a former mayor of Detroit and, most recently, a member of the NBA’s 75th Anniversary Team. But maybe more important than all of that is that he’s an old-timer.

And this final designation matters because, in our rapidly changing basketball civilization, old-timers offer the key to the gateway that connects the game’s past with its present. Their sage wisdom enables us to predict the future by searching through its history.

But old-timers need not always be taken at their word. Still mere mortals, after all, an old-timer’s opinion is simply a description of a potential outcome, not a certain one.

So when Dave Bing forecasts that the No. 1 overall pick of the 2021 NBA Draft will be an All-Star caliber player, but not someone you can build your team around, we need not mindlessly graduate his opinion into fact. Instead, we must use his proclamation to spark our own intellectual curiosity.

That’s why I have teamed up with Bryce Simon of  Detroit Bad Boys, a person who has closely witnessed every possession of Cunningham’s young career, to take a look under the hood at the Pistons’ potential franchise cornerstone. Let’s see if the old-timer is right, or if maybe, just maybe, Cade Cunningham is a superstar in the making.

We’ll start with the bread and butter of his offensive game — the pick-and-roll. The number of possessions he spends as a pick-and-roll ball-handler rivals the likes of James Harden and Tyrese Haliburton (per NBA.com). For the season, he is currently averaging 10.4 potential assists per game and leading all rookies in Ben Taylor’s Box Creation model (creating six open shots for teammates per 100 possessions).

What stands out the most is his patience and poise in these spots. He hardly ever seems hurried or intimidated. In Bryce’s film breakdown (see below), you see examples of Cunningham taking his time to force help defenders to make a decision before he attacks the lane, changing speeds to throw off his man’s calibration and holding defenders with his eyes before catapulting skip passes to the other side of the court.

Despite moments of excellence, Cunningham’s overall numbers are underwhelming. He ranks in the 20th percentile in pick-and-roll efficiency (per NBA.com). This is due, in part, to his subpar rim finishing numbers (16th percentile for his position). However, I chalk most of his struggles up to his team’s lack of a lob threat (Beef Stew sits in the 23rd percentile as a rim finisher) and consistent outside shooting (31.2% three-point shooting). Hard to feast when the cupboard is so bare!

It’s also worth pointing out that his own shooting numbers are beginning to stabilize after a horrid shooting slump (he’s shooting 40.4% in December after starting out shooting 27.4% in October and November), which means his pick-and-roll stats should only improve as his shooting causes him to command more gravity.

When he’s not operating in the pick-and-roll, his decision-making is swift and effective, evidenced by time of possession numbers that mirror Steph Curry – a player renowned for playing an egalitarian brand of basketball.

Bryce points out that Cade has a knack for always finding the easy pass whenever he draws two to the ball, and connecting power plays on an unbalanced floor.

His lack of a need to incessantly dribble the air out of the basketball gives his employers a great deal of roster flexibility with the type of players they can put around him, further increasing his long-term championship equity.

The most immediately remediable flaw in Cunningham’s offensive game is his high turnover percentage, where he grades in the 5th percentile for his position. Usually, high turnover rates for playmakers are okay if it is in the service of attempting high-risk, high-reward passes that break defenses. But film study reveals that most of his turnovers aren’t a product of his creative juices at work.

In the video, Bryce points out that many of Cunningham’s errors are lackadaisical and can be corrected by learning to properly appraise the length, athleticism and anticipation skills of NBA-level players.

Some of his turnovers come from his “situational” strength. I call it situational because he does have some functional strength that he uses to overpower off-balance defenders. But when a defender has their feet set, Cunningham struggles to displace them and can cough the ball up because of his low tolerance for contact.

Despite the high turnover percentage, poor rim finishing, and inconsistency with contact, I think the command, playmaking, and overall decisiveness that he’s flashed thus far gives him upside as a potential top option on a top 10 offense. That is, if he can remain around that 40% mark as a three-point shooter.

I think, ideally, you would want to place him in an ecosystem analogous to the one DeRozan inhabits in Chicago, where he can act as a scoring/playmaking hybrid, flanked by a steadying secondary creator (like Lonzo) and an elite scoring machine (like LaVine).

On defense, Cunningham’s on-ball effectiveness is largely matchup specific. Against larger, slower opponents, he does a great job at establishing a solid base and staying in front of his man. Against the Knicks (see video below), we even see him exchange body shots with a heavyweight bruiser like Julius Randle.

When Cunningham’s confident he can stay with the ball-handler, he’s able to deploy his length and great hands to crowd them and force turnovers. He’s in the 83rd percentile in steals and, unlike most wings, a large chunk of the turnovers he forces come on-ball rather than solely by playing the passing lanes.

His limitations spearheading a defense’s point of attack are prevalent when he’s matched up with smaller, faster guards. In their rematch against the Lakers, even a partially cooked Russell Westbrook had the rookie swallowing his dust.

Cunningham’s most salient characteristic as a defender may be his below-average motor.  He’s got an athletic frame and covers a lot of ground with his strides, which makes him perfect for scrambling on defense. But his problem is that his battery isn’t durable enough for him to utilize those tools for an entire marathon game.

This observation is largely anecdotal, but I’ve noticed Cunningham typically starts games making timely rotations, disrupting passing lanes and closing out on shooters out on the perimeter — although sometimes tending to sell out and get blown by). However, as the game progresses, his presence on that side of the ball fades and he morphs into the young guy at the rec center aesthetically grabbing his shorts (it looks cool, for some reason) — waiting for the action to come to him.

As the old adage goes, “you’re not you when you’re tired,” and when Cunningham’s tired, it leads to mental lapses like missed rotations and easy backdoor cuts.

Lastly, we’d be remiss not to mention his juice as a rim protector. He’s by no means a traditional paint guardian. Whenever he’s forced to contest shots straight up, you see the lack of vertical pop that is also the cause for the poor rim finishing percentages mentioned earlier. His real value comes when he can attack the ball from the weak side, where he can load up his jump by hopping into it before launching himself into the air.

In only his rookie season, Cunningham has already demonstrated the ability to be a key cog in a middle of the pack defense in Detroit (an impressive feat for a 5-28 team). Looking forward, he’s probably not a perennial All-Defensive team guy. But it’s not outlandish to believe that if he improves his motor — or at the very least learns to manage it — he could be the third-best defender in the closing lineup of a top-10 defense. In that scenario, a GM’s best bet would be to pair him with a feisty point of attack defender who can handle faster guards (Killian Hayes seems prime to fill that role). Another idea: a rim protector that can erase Cunningham’s errors when he gambles for steals or sells out on closeouts.

When it comes to projecting future superstars, a player that possesses the aptitude to become the top offensive option and top three defensive contributor on a great team deserves more than just an obligatory brief mention.

Star wings like Jayson Tatum, Toronto-era Kawhi Leonard, and Golden State-era Kevin Durant have earned All-NBA nods in the past few years, filling similar roles for their teams. I’m not saying Cade Cunningham is one of those guys, nor am I saying he will ever definitely develop into that caliber of player. I’m saying that Dave Bing, the old-timer, should give the young buck a little more credit. And I’m saying that when the Pistons selected him with their first No. 1 overall pick in half a century, they may very well have introduced a superstar to the Motor City.

Bryce Simon contributed to this piece.