White’s timeless charm and cheeky sense of humor made a mark in the fast-growing television industry. 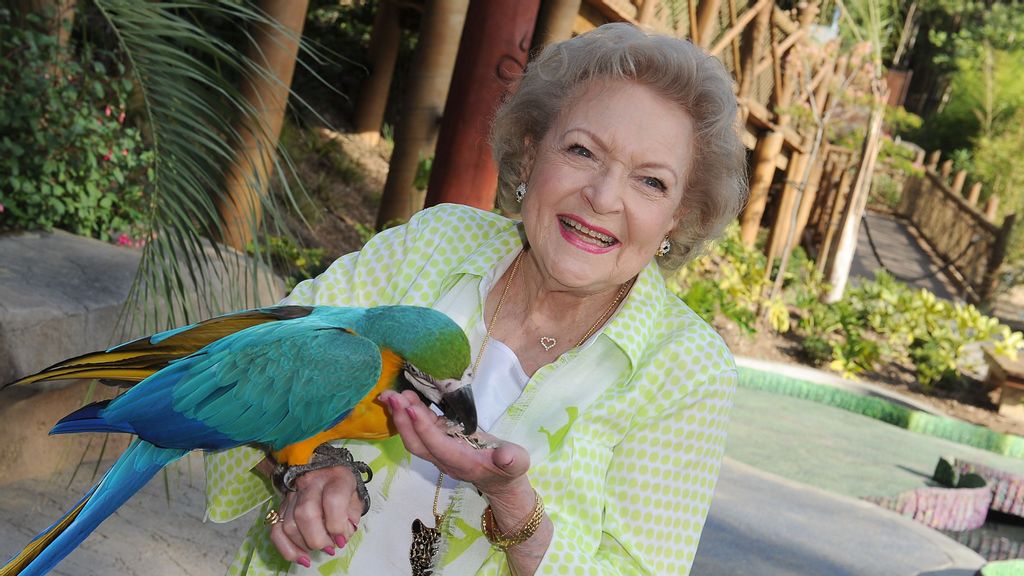 The entertainment giant tweeted about her 100th birthday celebration on Dec. 28: “My 100th birthday… I cannot believe it is coming up,” White wrote alongside a photo of the People Magazine cover story celebrating the occasion.

White’s timeless charm and cheeky sense of humor made a mark in the fast-growing television industry. A trailblazing actress with a career spanning seven decades, White leaves a multigenerational fan base in her wake.

White was born on Jan. 17th, 1922, in Oak Park, Illinois, as the only child of Tess and Horace White. The family moved to Los Angeles when White was just over a year old.

White graduated from Beverly Hills High School in 1939 with dreams of a career as a forest ranger, but women were not allowed to serve as rangers at the time. She discovered her love for performing when she appeared in an experimental TV broadcast as a dancer.

When World War II broke out, Betty White paused her acting dreams to volunteer for the American Women’s Voluntary Services, where she worked as a supply truck driver.

White appeared on various radio shows throughout the 1940s, sometimes reading commercials. She was offered her own radio show, “The Betty White Show,” which was later rebranded as a television sitcom on CBS under the same name.

A longtime advocate of animal welfare, White began working with the Society for the Prevention of Cruelty to Animals Los Angeles in the 1940s. The actress became a trustee of the Greater Los Angeles Zoo Association, and was later honored for her work as an animal activist by the City of Los Angeles.

“Her loss leaves a great hole in our hearts. The L.A. Zoo cannot thank Betty enough for her decades of support and we share in this grief with all of you. There truly will never be another person like her,” said Denise M. Verret, CEO and director of the Los Angeles Zoo, in a statement.

White began hosting the variety show “Hollywood on Television” in 1949. She won her first Emmy in 1951 for best actress on television, a category that was created that year.

White was the star of “Life with Elizabeth” from 1952 to 1955, a show that she also produced, which was nearly unheard of for a woman at the time.

White appeared on the game show “Password,” hosted by Allen Ludden, in 1961. The two quickly hit it off, and became engaged on Easter in 1963. Having been briefly married twice before, White said Ludden was the love of her life. The couple were happily married for 18 years before Ludden died of stomach cancer in 1981. White never remarried.

White became a staple of television game shows throughout the 1960s. When NBC offered White an anchor position for the “Today” show, White turned down the role because she did not want to move to New York City. The role was then given to Barbara Walters.

White was cast as Sue Ann Nivens on “The Mary Tyler Moore Show” in 1973, where she won another Emmy. White’s role as the gullible Rose Nylund on “Golden Girls” in 1985, a first-of-its-kind sitcom that portrayed the lives of four older women enjoying retirement in Florida, won her yet another Emmy in 1986.

White guest-starred in many programs throughout the 1990s and 2000s, including an Emmy-winning appearance as herself on” The John Larroquette Show” in 1996.

White starred alongside Sandra Bullock and Ryan Reynolds in the 2009 romantic comedy “The Proposal.”

Reynolds expressed his condolences for White’s passing on Twitter: “The world looks different now,” Reynolds wrote. “She was great at defying expectation. She managed to grow very old and somehow, not old enough. We’ll miss you, Betty. Now you know the secret.”

Her stardom reached new levels throughout the 2010s, during which she earned a recurring role in the sitcom “Hot in Cleveland.” White paid homage to her early radio days with multiple voiceover roles, including in “SpongeBob SquarePants” and “Toy Story 4.” White also narrated the film “Letters to Jackie: Remembering President Kennedy.”

“Betty White brought a smile to the lips of generations of Americans. She’s a cultural icon who will be sorely missed. Jill and I are thinking of her family and all those who loved her this New Year’s Eve,” tweeted President Joseph R. Biden.

The Guinness Book of World Records in 2013 recognized White’s career as the longest of any female performer in television history.