Latest mission is third for the three-stage, payload-bearing behemoth. 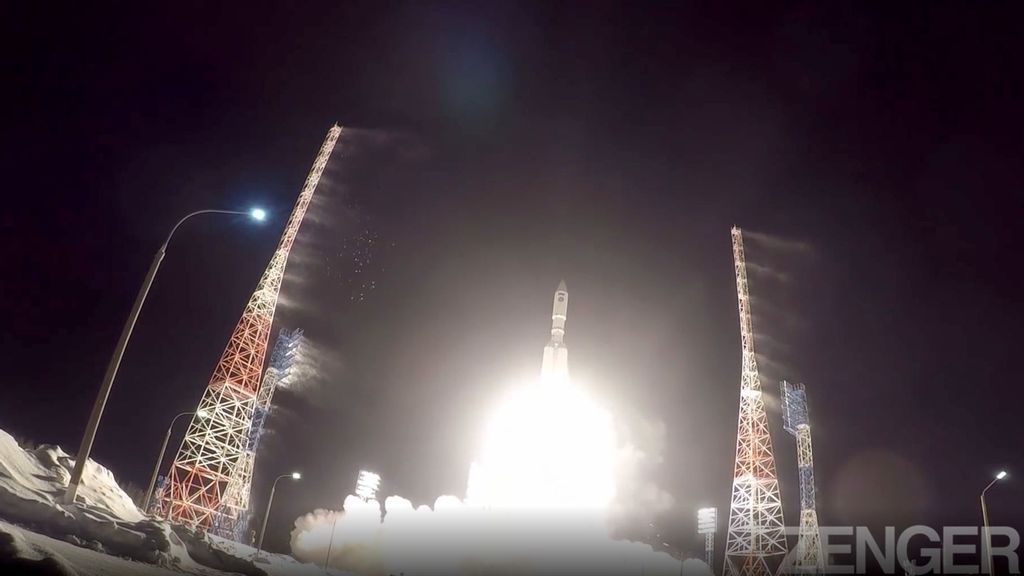 The latest launch of the Angara-A5 rocket from the Plesetsk cosmodrome in Russia. (Russian Ministry of Defense/Zenger)

Russia’s newest heavy launch-vehicle rocket — the first to be developed by the country after the collapse of the Soviet Union 30 years ago — has successfully completed a third test flight.

The new Angara-A5 heavy-class launch vehicle took off from the Plesetsk cosmodrome in Mirny, some 500 miles (800 kilometers) north of Moscow. The launch took place at 10 p.m. local time on Dec. 27.

“All prelaunch operations and the launch of the Angara-A5 rocket took place in the normal mode. The ground-based automated control complex of the Aerospace Forces monitored the launch and flight of the launch vehicle,” the defense ministry said in a statement.

“Three minutes after the launch, the Angara-A5 launch vehicle was taken for escort by ground-based means of the V.I. German Titov of the Aerospace Forces.”

“At the estimated time, the Perseus upper stage routinely separated from the third stage of the Angara-A5 launch vehicle and began launching a non-separable overall-mass payload model into the calculated orbit.”

In a separate news release, Roscosmos State Corp. — the country’s space agency — congratulated the Aerospace Forces and the entire Russian space industry on what it described as “the successful test launch of the Angara-A5 launch vehicle with a new-generation upper stage.”

“Compared to the previous version of the oxygen-hydrogen engine, which we manufactured and tested according to the project for the upper stage of the Angara-A5 rocket, we boosted the new copy by 20 percent in thrust,” Viktor Gorokhov, chief designer of Russia’s Chemical Automatics Design Bureau, said in a statement.

Within a few years, Russia plans launch such rockets on a regular basis from the Plesetsk cosmodrome.

“During a working trip to the cosmodrome, the Minister of Defense of the Russian Federation General of the Army Sergei Shoigu noted that from 2025 [on] the cosmodrome will be able to perform up to 20 launches of the Angara launch vehicle per year. This will ensure guaranteed independent access and Russia’s permanent presence in space,” the ministry said in a statement released in November 2020.

News of this latest test flight comes just days after the $10-billion James Webb Space Telescope launched atop an Ariane 5 rocket from French Guiana to become the biggest telescope ever sent into space. Its goal is to explore the early universe, as well as nearby exoplanets and more.

The Webb telescope was developed by NASA, with assistance from the European and Canadian space agencies.