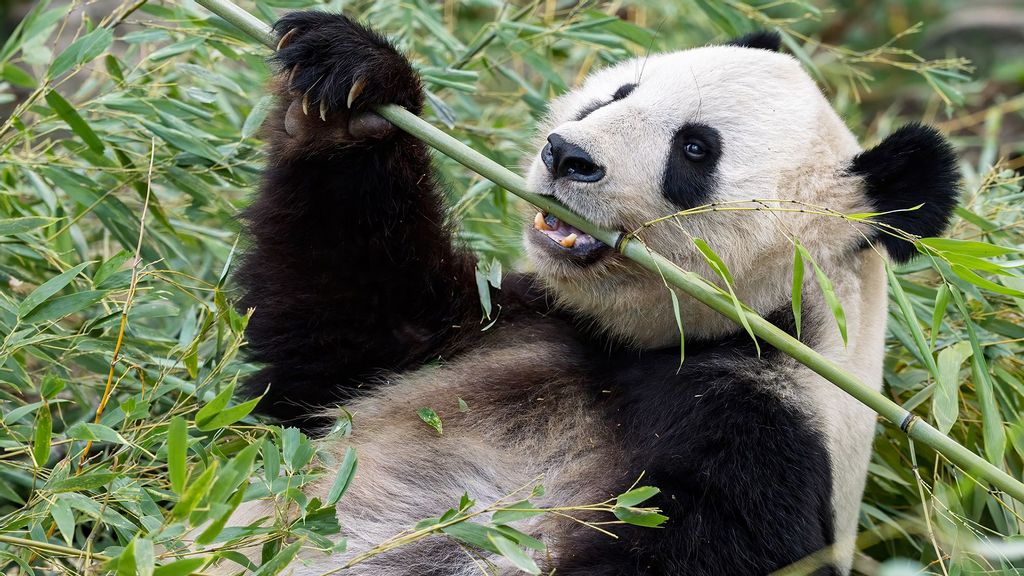 The world’s oldest zoo has asked for donations to help cover its animals’ huge food bill, which is estimated at $94,000 per month, according to Stephan Hering-Hagenbeck, the zoo’s director.

Tiergarten Schönbrunn zoo in Vienna, Austria, shared images of the behind-the-scenes stock tallied at a major zoo. It said food costs can run as high as $3,400 a day.

On Dec. 27, the zoo issued a statement that said the purchase of 308 tons of hay and 27 tons of meat are “just two examples of the considerable amounts of food the Schönbrunn Zoo residents have eaten this year.”

Hering-Hagenbeck said: “Our range of feed is as diverse as our livestock. It ranges from meat for the lynxes to eucalyptus for the koalas and leaves for the colobus monkeys.”

Around 33 tons of fish sustainably fished in the North Sea were eaten by the penguins, seals and pelicans, this year, as well as regional freshwater fish from a pond in Laxenburg, Austria, about 12 miles south of Vienna, according to the zoo.

Conversely, the meerkats and pygmy marmosets feast on insects. This year, the zoo said it fed 845 gallons of house crickets, mealworms and large black beetle larvae from its in-house insect breeding facility.

The amount of food is as large and varied as the zoo’s inhabitants.

A big item on the food list is the 55 tons of fruits and vegetables. There are also 115 tons of carrots that come from Marchfeld, a sedimentary basin between the Eastern Alps and the Western Carpathian Mountains. Many animals consume carrots, from bison to elephants. Around 23 tons of apples are supplied by an orchardist in Styria, a forested state in the south of the country.

Zoo worker Michael Kober said: “Our bird species primarily eat all the fruit. For most mammals, fruit is just a delicacy because of its high sugar content.”

Or consider the giant pandas, which eat around 30 tons of bamboo every year. The colobus monkeys need leaves year-round. To ensure an ongoing supply, leaves are frozen in the winter.

On its website, the zoo says: “Every day at the zoo, there are enormous costs for the care of our animals. No matter whether it’s 10 Euros, 15 or 30 ($11, $40, $57) per month or year, every contribution helps us to meet the daily costs, to conduct ongoing research, and to support important species protection projects.”

For those who want to donate to the Schönbrunn Zoo, the link is here.

«Previous Post
Archeologists Discover Decapitated Horse Next To Its Rider In Cemetery For Elite Warriors»Next Post
To Boldly Glow: Photographer’s Out-Of-This-World Display Of A Year Of Full Moons