Who can Cleveland go after to soften the blow of the Ricky Rubio injury and keep the momentum going? Spencer Davies writes. 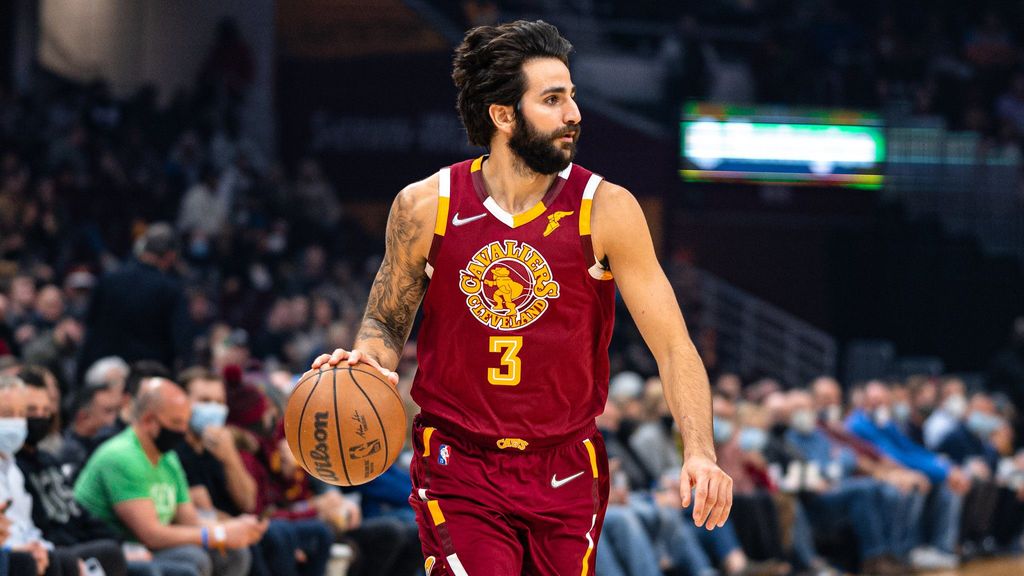 Ricky Rubio, the anchor of the Cavaliers' second unit and mentor of many, has suffered a torn ACL in his left knee and will miss the remainder of the 2021–22 season. (Erik Drost/CC BY 2.0)

Following a non-contact injury in Tuesday night’s loss at New Orleans, the Cleveland Cavaliers received devastating news on Wednesday afternoon. Ricky Rubio, the anchor of the team’s second unit and mentor of many, has suffered a torn ACL in his left knee and will miss the remainder of the 2021-22 season.

Perhaps playing the best basketball of his career and coming off a tremendous run with the Spanish national team in this past summer’s Tokyo OIympics, Rubio had averaged 13.3 points and 6.6 assists per game over 34 contests. Even more difficult to swallow, the veteran point guard suffered the ACL tear at the tail-end of a defeat where he nearly registered a triple-double and came close to leading the shorthanded Cavs to a road victory.

Game-in and game-out, Rubio provided Cleveland with an element it didn’t have in previous years. Notwithstanding how he shifted the team environment with his selflessness and words of wisdom, he was a playmaker and consistently set guys up with passes inside and out, which set the tone for the wine-and-gold to move the ball at will. He was also aggressive with his own shot-making, averaging a career-high 12.1 attempts a night.

The impact of this injury will be felt with each passing game, especially considering that rising star Darius Garland entered health and safety protocols Tuesday afternoon. You can’t overstate how crucial Rubio was to this group, which is why the Cavs must be proactive to fill the void.

No, making a panic trade is not the answer. While rumors of Ben Simmons are enticing to think about in practice, making the money work is too difficult. (Plus, it would require moving Kevin Love, who now is one of two seasoned vets left on the roster; not a good idea.) Not that you can predict these setbacks, but the timing couldn’t be worse, as the NBA is currently in the midst of a COVID outbreak that’s led to roster shortages. In turn, much of the player pool is limited because all kinds of players are being signed to 10-day hardship exceptions to temporarily combat it.

As it stands, the Cavs have Kevin Pangos and Denzel Valentine as their next-man up ball-handlers. Isaac Okoro got reps in that role at NBA Summer League as well. That said, there’s no way they stand pat with what they have, particularly looking at the success they’ve had to this point. You’re not going to replace Rubio; that doesn’t mean you say, “Oh well.”

So who can Cleveland go after to soften the blow and keep the momentum going? There’s a few names that come to mind.

This might be the easiest route to take. Teague is a free agent and was a part of the Milwaukee Bucks championship run last postseason. He is only 33 years old still, and is capable of making plays for others. He can make the occasional three, yet more importantly, is able to orchestrate, organize an offense and work in the pick-and-roll.

Teague carries plenty of playoff experience, which is an added bonus, and won’t be asked to do much defensively due to Cleveland’s towering frontcourt. Since Garland is taking off, you’re not going to ask him to take on starter’s minutes. Having an experienced maestro like Teague come in to handle those responsibilities seems pretty logical — even if he can’t replicate Rubio’s production.

Option No. 2 for the Cavs could be to scour the market for teams who might be willing to part ways with vets in lieu of their developing talent. Sure, the Houston Rockets are putting D.J. Augustin out there to accelerate the maturation of their young guys too, but maybe Cleveland could muster together a small deal and include a future second-rounder.

Dylan Windler hasn’t been in J.B. Bickerstaff’s rotation this season as once expected. Could a package of the former first-round pick, Denzel Valentine and Kevin Pangos do the trick? Augustin is drilling 41.3% of his triples, and would be a welcome addition to the Cavs’ bench.

Out of necessity, Kemba Walker is back in the New York Knicks’ rotation. Hell, he just won Eastern Conference Player of the Week. Considering he just built his trade value back up in the span of 10 days, Cleveland would have to offer up something more significant. There’s been plenty of reported interest from the Knicks on Collin Sexton, who’s sidelined with a torn meniscus and is a restricted free agent this summer.

Would a one-on-one swap with some draft capital coming back to the Cavs be something to think about in regards to making a long-term move from New York’s position? Or could the suddenly sharpshooting Cedi Osman and a future pick be intriguing for the Knicks at the wing position in the short-term? Who knows if Cleveland would be willing to do either for the veteran Walker, who’s dealt with injuries recently. What we do know is Walker can still play the game on the offensive end of the floor, and has plenty left in the tank.

Currently dealing with a personal matter, Goran Dragic has appeared in just five games for the Toronto Raptors. His reputation as a lead guard precedes itself, and he’s been productive in the past as a more aggressive type of player who draws attention with his rim pressure and outside shooting. However, he probably won’t be attainable, as Dragic has a $19.4 million expiring salary. Outside of moving Lauri Markkanen and another player with a small contract, or the injured Rubio, you can’t cobble together the right pieces to make a deal work.

The Cavs have already zagged while everybody else has zigged, as Nekias Duncan so eloquently put. Why not reach out to the EuroLeague? Shane Larkin is playing well with Anadolu Elfes, averaging 12.8 points and 4.9 assists over 27 games. He’s shooting the three at a 35.8% clip too. Larkin has four seasons of NBA experience and is only 29 years old, though he hasn’t appeared in an NBA game since May 2018. Per TalkBasket.net, he has an out-clause in his current contract should the Association come calling…

Easily the oldest of the bunch at age-38, Jarrett Jack’s prime days might be behind him. But, he did play some solid ball with the G League Ignite last season alongside Jalen Green and Jonathan Kuminga. In 15 games with the team, he produced to the tune of 8.9 points and 4.2 assists and shot a respectable 35.7% from deep. He’s in the twilight in his career; however, that’s another veteran that could be scooped up rather easily without giving anybody up. We’re seeing the resurgence of Joe Johnson and other longtime vets these days, why not him (or even Raymond Felton)?

Until the Cavs address the loss of Ricky Rubio, they’re going to have to play the DHO game with Evan Mobley and, when he returns, Jarrett Allen. Mobley is an exceptional passer and reader of the game, so putting the ball in his hands to run the offense is likely Cleveland’s best possibility with not-so-great playmakers in the backcourt.

They’re going to depend on their defense to get them through this grueling period, and then what’s to come after. Nonetheless, the Cavs can’t rest on their laurels with this kind of loss. Considering these options would be a better idea than doing nothing, and knowing Koby Altman’s sense of urgency, he’ll have something up his sleeves sooner than later.

«Previous Post
Luol Deng On Short Lakers Stint: ‘I Never Said I Didn’t Want To Play’»Next Post
Fringe NBA Players Have Golden Opportunity With 30 Percent Of The League Out