Note Guilty: Florida Man Tries To Hire Hitman Through The Mail To Take Out His Love Rival 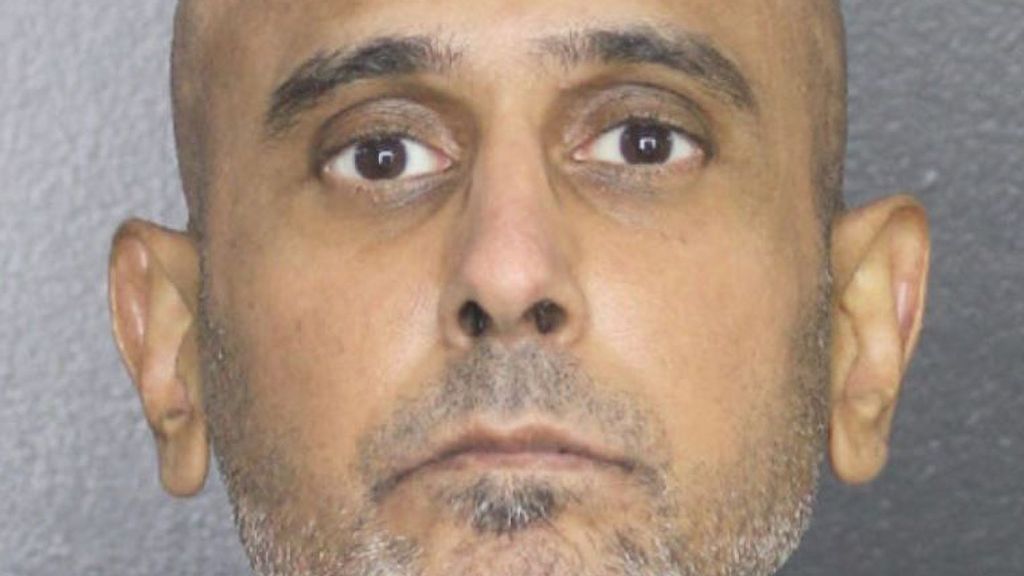 Ryan Hadeed faces a pre-trial hearing on Dec. 29 for allegedly plotting to hire a hitman to murder his ex-girlfriend’s new boyfriend in Florida. (Broward County Jail/Zenger)

A Florida man has been arrested for attempting to hire a hitman to kill his ex-girlfriend’s new boyfriend.

Ryan Hadeed is accused of corresponding with the intended hitman via the mail.

“A 43-year-old Pembroke Pines, Florida man made his first appearance in Fort Lauderdale federal magistrate court today to face a charge that he used the U.S. mail system to solicit, plan, and pay for the murder of his former girlfriend’s new love interest,” the office of the U.S. Attorney for the Southern District of Florida said in a statement released Dec. 23.

Ryan Hadeed’s first piece of murder-for-hire correspondence was his request to the intended hitman that said, “I need someone eliminated. I’ve been told you can arrange that. $10,000 all in cash and upfront. Person located in Tampa,” according to the criminal complaint affidavit filed in the case.

The intended hitman was identified by authorities only as a gun store owner who lives in Coral Springs, and they did not name the intended victim beyond his being a resident of Tampa, or his girlfriend.

“It is alleged that in that first letter, mailed in September, and in two subsequent mailings, Hadeed instructed the intended hitman to signal acceptance of the offer by posting marked sheets of paper on his storefront window, among other things.

“According to the complaint affidavit, on Nov. 10, the intended hitman received a final mailing from Hadeed that included a description and pictures of the man that Hadeed wanted killed, the victim’s home address and likely travel schedule, as well as a deadline for the murder.

The envelope also contained $10,000 cash, says the affidavit. It is alleged that Hadeed left the country on a one-way ticket the same day the hitman received the cash and pictures of the intended victim.

The police learned of the plot and additional evidence was uncovered during a secondary customs inspection of Hadeed when he returned from his international trip, according to the authorities.

“Hadeed is charged with one count of using interstate commerce facilities — the U.S. mail system — in the commission of murder for hire.”

A pre-trial detention hearing for Hadeed is scheduled for Dec. 29 at the federal magistrate court in Fort Lauderdale. The case is in federal court because the specific charge involves using interstate commerce facilities (the Postal Service).

Assistant U.S. Attorneys Joseph A. Cooley and Deric Zacca will prosecute the case.