VIDEO: TSA Officer Jumps Over Conveyor Belt To Save Infant With Heimlich Maneuver 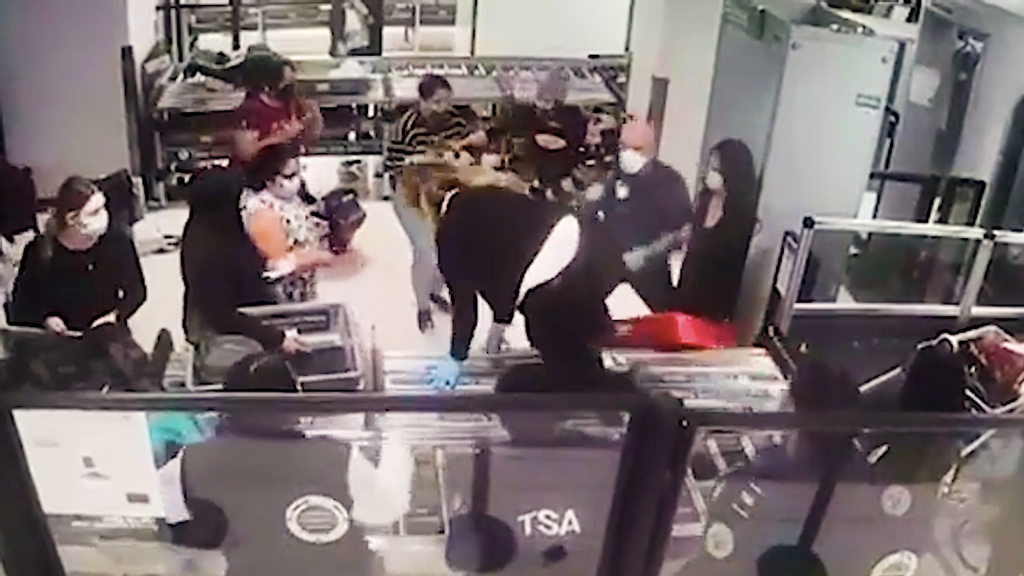 A quick-thinking U.S. Transportation Security Administration officer saved the life of a 2-month-old baby, apparently with just minutes to spare.

When Cecilia Morales heard people screaming for help while she was at her post at Newark Liberty International Airport, she jumped into action, leaping across the security conveyor belt and performing the Heimlich maneuver on the infant.

The baby’s mother had picked up her son from his car carrier seat to carry him through the security checkpoint, according to a Dec. 23 press release from the TSA.

“When the mom lifted him up, she saw that the boy wasn’t breathing. She immediately sought help from her co-travelers and shouted for help when she realized her attempts at rousing her son were unsuccessful,” the TSA said.

Morales, a trained emergency medical technician with 10 years of experience, shouted instructions to the mother, who was so nervous, the TSA said, the officer knew if she didn’t get over there, “it wasn’t going to be a good outcome.”

“I jumped over the checkpoint conveyor belt rollers and she gave me the baby,” Morales is quoted as saying in the press release. “I performed the infant Heimlich maneuver on him.”

She held the infant in such a way to keep his airway open and then placed him face down on her arm and patted him on the back. When she got no response, the TSA said, she tried once more, and thankfully, the baby then started to breathe again.

“The mother was too nervous and in shock to hold her son, so I carried the infant through the walk-through metal detector,” Morales said, where she waited for the pediatric EMT to arrive to give the baby some oxygen a short time later.

Morales, who joined TSA in late October, previously performed the Heimlich on adults and children as an EMT, but this was the first time she had performed the life-saving technique on an infant, the TSA said.

“Two months on the job and she’s literally a life-saver,” said Thomas Carter, TSA’s federal security director for New Jersey. “Officer Morales’ quick reaction and actions helped ensure that this family will have a happy holiday season. Her actions were inspiring.”

Video shows Morales in action. After viewing it, she said, “It was the first time I’ve ever seen myself … saving a life. It was mind-blowing to watch. I felt that my training and experience just took over.”

TSA Manager Ayrana Frazier said: “In the moment, officer Morales was selfless, and her priority was to save a life. We are proud to call her one of our own.”