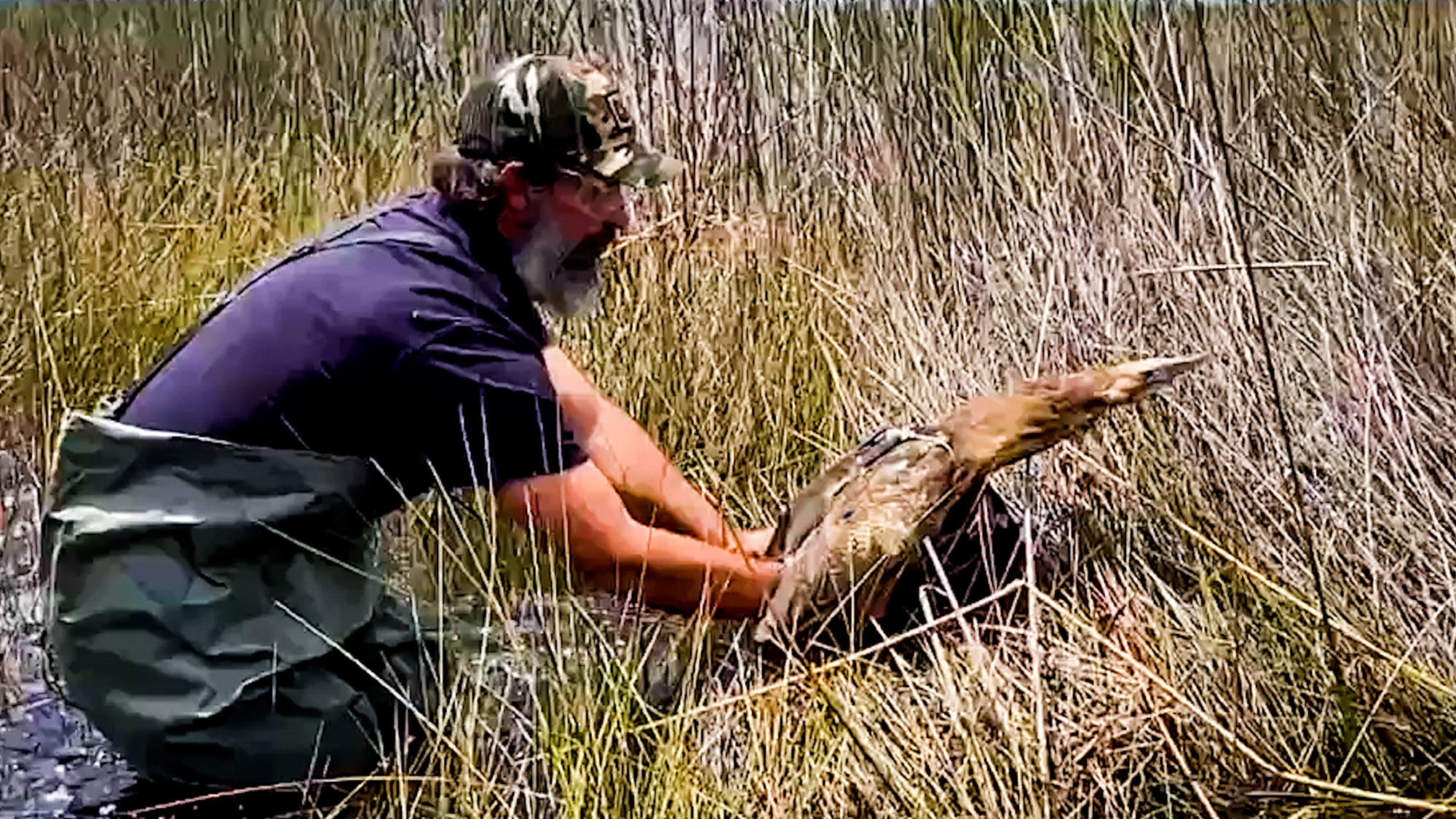 The male bittern nicknamed “Bushy” was released with a solar-powered transmitter to track its movements in Western Australia. (Department of Biodiversity, Conservation and Attractions, Stu Ford/Zenger)

An endangered bittern, a large marsh bird of the heron family, is the first of its species in Western Australia to be fitted with a solar-powered transmitter, allowing conservationists to learn more about its habits and movements.

“Bushy” the bittern’s tracker is “now providing valuable information about his movements and wetland use to DBCA [Department of Biodiversity, Conservation and Attractions] scientists and BirdLife Australia,” according to the region’s Parks and Wildlife Service.

“Australasian bitterns, which are endangered in Western Australia, are rare and extremely difficult to observe so their habits and movements within and between wetlands are very poorly known. Information on Bushy’s movement will give researchers a previously impossible glimpse into the life of this rarely seen inhabitant of the wetlands of southwestern Australia,” the parks service said in an online post.

“Bushy was captured in a wetland in the Lake Pleasant View suite near Manypeaks, east of Albany. As well as Bushy’s location, the transmitter records environmental variables like temperature, humidity and light intensity, and data that can be used to understand flight characteristics such as velocity and acceleration — information vital for the long-term survival of bittern and other wetland fauna,” the parks service said.

BirdLife Australia’s website says: “The Bittern Project was started in 2007 in response to concerns over the plight of the Australasian and Australian Little Bittern. Our research has revealed that the Australasian bittern is indeed threatened and through our efforts has been added to the EPBC list [Environment Protection and Biodiversity Conservation] as endangered, while the Australian Little Bittern has less precise habitat requirements and hence not currently threatened.

“This project aims to help ensure the long-term survival of bitterns as well as other species which inhabit the freshwater wetlands.

“Australasian bitterns specialize in living in dense beds of reeds and rushes, where they are surprisingly difficult to see, as they are particularly well camouflaged. Added to this, when alarmed, they stand still with neck stretched upwards and bill pointing skywards. Sometimes they even sway in the breeze, in time with the surrounding reeds,” the website says.

“This combination makes them blend in remarkably well with the surrounding vegetation. It is hardly surprising that the species is seldom recorded.”

“The definition of a species under the EPBC Act includes sub-species and distinct populations that the Minister has determined to be species for the purposes of the Act.”