VIDEO: Howl Could You? Couple Abandons 11 Pups And Their Mom Just Days Before Christmas 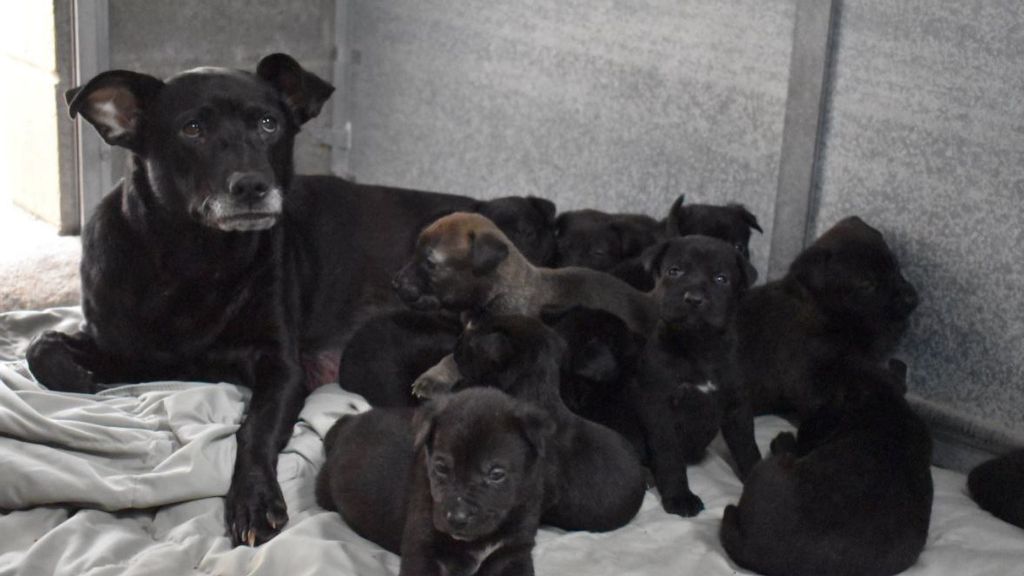 This mother dog and her puppies were abandoned outside an animal shelter in Walton County, Florida. (Walton County Sheriff's Office/Zenger)

Florida authorities are investigating a couple who abandoned a mother dog and 11 of her puppies outside an animal shelter. Video of the incident shows that after dumping the canines, the couple reverses their pickup truck and drives away — all as the confused adult pooch looks on. (The puppies were initially inside a box when dropped off.)

In sharing the video, the Walton County Sheriff’s Office said it is “hard to watch” and asked the public for help in identifying them. In an update Thursday, the sheriff’s office said the couple had turned themselves in, and they are continuing their investigation.

“Just before noon Sunday, a man and woman can be seen on surveillance video pulling up to the Walton County Animal Shelter. The two get out of a white F-150 along with a black dog,” the sheriff’s office’s statement said. “After sifting through donations left at the front of the building, the man places a box next to the front door and returns to the back of the truck to close the tailgate. The woman follows and the two leave.”

“It’s at that moment the dog realizes she’s been abandoned and left behind.”

Event though the shelter is closed to the public on Sundays, staff members were inside looking after pets. Despite that, an hour went by before staff noticed “the momma dog peering through the windows of the shelter,” the sheriff’s office said.

They found the box left by the couple by the door and opened it to discover 11 puppies inside.

“The puppies and their momma were quickly brought inside and given shelter,” authorities said.

Dumping animals is illegal, the sheriff’s office said, and these individuals could face criminal charges.

“Reaching out [for help] does not mean dropping animals off on a day when the shelter is closed and leaving them for dead. It means picking up the phone and allowing Animal Services employees to provide a time for intake and to collect information about your animals.”

The dogs appeared to have had a rough time, the sheriff’s office said.

“They were abandoned just days before Christmas and left out in the cold. There is no indication of what kind of treatment these animals received before coming to the shelter. But they are in good hands now.

“The puppies appear to be friendly, although momma dog is wary of people (and who could blame her?). Alaqua Animal Refuge has offered to take the dogs in. If you are able to open your home to these animals, please reach out to them by visiting https://alaqua.org/how-to-help/foster-an-animal/.”