Darius Garland Exudes Fun, And Is Making The All-Star Leap

Nekias Duncan analyzes Darius Garland’s breakout season with the Cavs and why he has a real case as an All-Star. 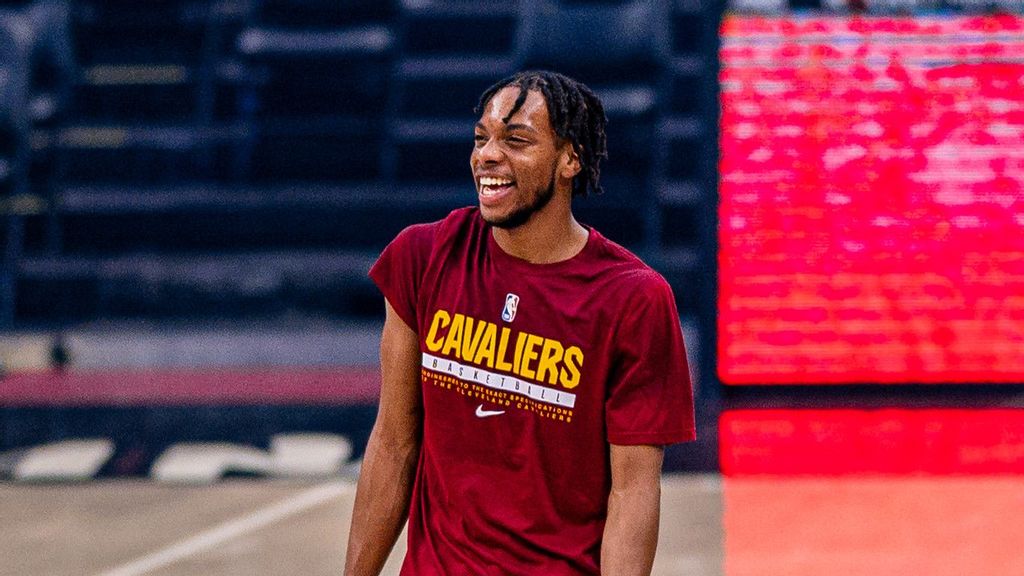 Darius Garland turned himself into one of the most dynamic guards in the sport, one worthy of strong All-Star consideration. (Erik Drost/CC BY 2.0)

I can only speak for myself, but it’s a little difficult to feel basketball right now.

The game itself has seemingly improved — there’s somehow more physicality and a better game flow — but that progress has been derailed by absences. The injury bug has affected a multitude of stars this year. COVID has run roughshod through the league, with rosters looking like they’ve been through fantasy drafts.

With these circumstances, you have to find joy where you can. The Cleveland Cavaliers have been a consistent source of that, with their 19-12 start being one of the great surprises of the early season.

They’ve zigged while the rest of the league has zagged, notably starting a trio of bigs to help spearhead an elite defense. Jarrett Allen and Evan Mobley have been the linchpins, with their combination of length and lateral quickness allowing them to execute multiple schemes and cover an incredible amount of ground.

But if there’s a player on the roster that exudes joy — heck, exudes fun — it’s Darius Garland. The third-year guard has taken full control of the offense. That’s partly due to the absence of backcourt mate Collin Sexton, but it’s mostly due to Garland taking a leap in his own right. He’s turned himself into one of the most dynamic guards in the sport, one worthy of strong All-Star consideration.

Saying that Garland has been much more aggressive seems curious on the surface. His shot attempts have marginally improved from last year (14.9 to 15.1); his attempts per 100 possessions have actually decreased (22.1 to 21.7).

But you watch him, and there seems to be less indecision. Less fruitless probing. “Take what the defense gives you” is a boring cliche, but it applies to Garland. That evolution has been more apparent in his pull-up shooting.

Nearly half of Garland’s shots came from outside of 10 feet last season; that number has risen to 67%, mostly off the strength (and willingness) of his pull-up trigger.

And consider this stat: among 78 players that have taken at least 100 pull-up jumpers this season, Garland ranks No. 7 in Effective Field Goal percentage (52.4%). That puts him right below Chris Paul (53.0%) and slightly ahead of Kevin Durant (52.1%).

In years past, teams could get away with ducking under the occasional screen against Garland in pick-and-roll — not because he couldn’t shoot, but because he’d be hesitant to do so.

That’s no longer the case. Give Garland a sliver of space, and he’ll light you up from deep.

Drop coverage is untenable against him at this point. Bigs have to play at the level of the screen or higher, and even then they run the risk of Garland stringing out the play before flowing into a pull-up. Switches have to be quick and physical; leaving a gap is daring Garland to pull.

Though Garland isn’t getting to the rim as often as he did last season, he’s been much more successful when he gets downhill. He’s converting a career-best 64.8% from inside of three feet, an improvement of 6.2 percentage points.

He’s not a Ja Morant-like high flyer; more craft is needed for Garland to win inside. Luckily, he’s able to combine an ever-shifting gear with sublime touch and impeccable footwork. He has Nash-ian scoops in his bag to go along with arrhythmic gathers. Despite the height disadvantage Garland often operates with, defenders can’t get a read on what Garland’s doing until it’s too late.

What’s been fun to track is Garland’s aggression off the ball. Chilling off the ball when the action doesn’t involve you is an easy trap for young guards to fall into. Not only does head coach J.B. Bickerstaff discourage that sort of malaise, Garland himself recognizes the importance of reading the floor and staying active.

“The best point guards in our game are valuable in all three phases of the [shot] clock,” Bickerstaff told our own Spencer Davies.

“We talk about [Garland’s] walk-up threes early in the clock, and the pressure it puts on defenses to get back, to pick him up higher, and open up gaps for other people. There’s the middle-of-the-clock pick-and-rolls that we run, where he’s isolated with Jarrett [Allen] or Evan [Mobley] and he’s making the lob, the floater, or the kick-out. And then there’s the late clock — our “butter” situations — where his ability to get the ball and just beat his guy and get a shot [is important]. All those point guards have the ability to do that, but you just have to have the aggressiveness. Obviously, Darius has taken that step to be aggressive in that mold.”

Who are the point guards that Garland has studied?

“I’ve watched Steph [Curry] a lot,” Garland says. Because of course he has.

“Steph, Dame [Lillard], CP [Chris Paul]. I think those are the guys that are really good at relocating and getting their shots or getting their teammates involved.”

He notes that his personnel allows him to flourish off the ball. Ricky Rubio is a phenomenal passer; Allen, Mobley and Kevin Love are all plus-passers in the frontcourt. Garland has the awareness to find spaces to flash into; his teammates have the vision to thread the needle.

Because Garland has become a more willing scorer, his passing ability has been enhanced. Bigs are a little more antsy; the help has to pull in a step further, a beat earlier.

Garland’s been able to build solid downhill chemistry with Allen and Mobley. Love and Lauri Markkanen have been able to pick-and-pop their way into success playing off of Garland. The Cavs smartly spam actions with two screeners — either out of HORNS or with double drag looks in early offense. The Cavs are generating nearly 1.09 points per possession when two of Allen/Mobley/Markkanen/Love screen for Garland, per Second Spectrum.

The Garland-Mobley combo in particular has been darn-near impossible for defenses to figure out. On top of Garland being as dynamic as he is, Mobley brings his own diverse skill set. He’s a mix of his other frontcourt parters: the vertical terror of Allen combined with Love’s quick processing and passing ability. The shooting isn’t as lethal as Markkanen’s, but it’s reaching “the defense has to account for it” levels.

The Garland-Mobley dance isn’t just effective among young duos — it’s an elite two-man action, period. Per Second Spectrum, the Cavs are generating north of 1.17 points per possession when those two are involved in ball screens. Only Trae Young and John Collins have been more effective among high-volume pairings.

Put the scoring and passing together, and you have a young guard averaging 21 points and 7 assists since Sexton went down. The Cavs are outscoring teams by over 10 points per 100 possessions with Garland on the floor this season; since Sexton has been unavailable, that number has actually improved to 12.7.

Garland has the ball on a string, and the offense in his hands right now. He’s thriving, the Cavs are thriving. With this sort of leap and team success to complement it, it’s hard not to view Garland as an All-Star this season.

«Previous Post
As A Franchise Player, Julius Randle Has Left A Lot To Be Desired»Next Post
Examining Potential Trade Destinations For Buddy Hield