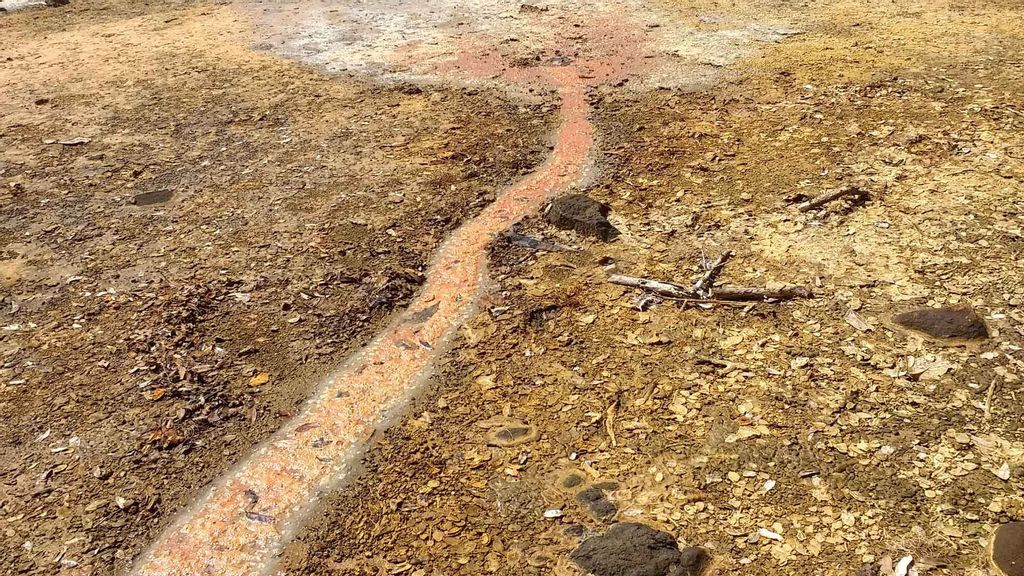 Scientists have discovered a 900-mile-long conduit in the Earth’s mantle, below the crust, that transports volcanic material from the Galápagos Islands to Panama in Central America.

An interdisciplinary team led by the Woods Hole Oceanographic Institution discovered “anomalous geochemical compositions beneath Panama” that can be traced back to the Galápagos plume, a column of molten rock that rises from deep in the Earth.

The team used helium isotopes and other data from fluids and rocks that showed that volcanic material present in Panama comes from the Galápagos Islands, which lie over 900 miles away off the coast of Ecuador.

“The lateral transport of plume material represents an understudied mechanism that scatters enriched geochemical signatures in mantle domains far from plumes,” said David Bekaert, a postdoctoral scholar at the institute and a lead author on the study published in Proceedings of the National Academy of Sciences.

“We can compare volcanic systems to the body of a living organism; when the organism bleeds, it’s kind of like magma bleeding out of the Earth. And you can measure the composition of that magma, just like you can measure a blood type.

“In this study, we measured an unexpected volcanic gas composition, sort of like when a human has a rare blood type. In the case of the Earth, we then try to explain where it came from in terms of deep geological processes.”

The team of experts demonstrated that hot elements from the Earth’s deep interior travel “laterally through the shallow mantle, similar to wind blowing at the Earth’s surface.”

In addition to chemical observations, the researchers used geophysical imaging of the Earth’s deep interior to determine the source and direction of what they dubbed the “mantle wind.”

It is typically not easy for mantle material to pass through subduction zones because the edge of the tectonic plate, which is called a “slab,” acts as a barrier. But the area beneath Panama is unusual in this respect, as it appears to have a “slab window” that allows this mantle wind to blow through, the scientists said.

“Exotic volcanic chemical features have previously been documented in Central America,” Bekaert said. “We use these chemical characteristics as indicators for large geological processes. In this case, our findings help explain why plume-derived volcanic material shows up in central Panama, even though there are no active volcanoes there.”

“Overall, this study tells us that, even after billions of years of evolution, our planet remains a dynamic system marked by large-scale movements of solid material, miles beneath our feet,” the report concludes.