As A Franchise Player, Julius Randle Has Left A Lot To Be Desired

The Knicks are among the NBA’s biggest disappointments this season, and Julius Randle more than his share of the blame. 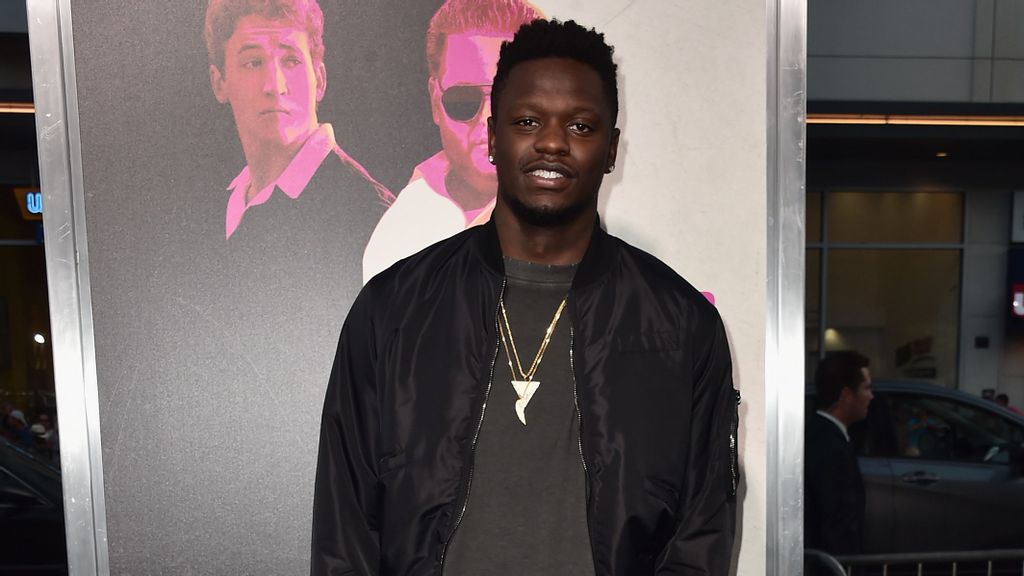 There’s something said about being a professional and acting like one, and despite the Knicks winning Tuesday night’s contest against the lowly Detroit Pistons, Julius Randle, thus far, really hasn’t looked the part.   (Alberto E. Rodriguez/Getty Images)

The epitome of pride and accountability, Patrick Ewing would sit in his locker stall with enough ice wrapped around his body that he could’ve been mistaken for a snowman.

Whether it was winning a championship or toppling his team’s foes, Ewing made a lot of promises and wrote a lot of checks. He was mostly able to cash them, but the big fella would always take the darts when the team fell short, and proudly rejoice when it didn’t.

Either way, he would take the darts, accept the criticism and, most importantly, never lose sight of the fact that he was a franchise player. More than anything else, Ewing — like Derek Jeter, Eli Manning and many of their predecessors — understood what it was to lead by example.

Flawed he may have been, one thing that nobody could’ve ever questioned about Ewing was his desire to play hard, and the fact that he never once mailed-in his effort.

Perhaps not coincidentally, more than 20 years later, the Knicks are still chasing the ghosts from Ewing’s proud regime. But even though the team hasn’t been a true contender since Ewing was traded, it doesn’t mean the expectations and the weight on the shoulders of the team’s players isn’t crushing.

Starved to the point of emaciation, the mere perception of respectability makes Knicks fans salivate. A scintilla of hope is all it takes for something like a double-overtime win in the season opener to be treated as the second coming.

Like Broadway, the lights in Madison Square Garden shine differently.

Unlike anywhere except perhaps Los Angeles, there’s a microscope somewhere above the Empire State Building, and not every player knows how to live under it, much less play under it.

If Julius Randle is truly the type of player cut out to lead the New York Knicks back to where they desire to be, he’ll have to not only be a better player for the team, but a better leader for the franchise.

As a collective, we completely discount and often overlook the extent to which psychology determines outcomes in the league. When Paul Pierce and Ray Allen got to the practice facility at 8:30 a.m. and saw Kevin Garnett already on the practice floor, dripping with sweat, it pushed them to work that much harder.

When LeBron James corralled his teammates for summer workouts in Miami and was in better shape than he was when he was eliminated by those same Celtics, everyone marveled.

Damn, this dude is a maniac.

So what do you think Randle’s teammates think when, night after night, they see him pout, watch as he misses clutch free throws and argues with officials during play?

Those who don’t know better — and it’s safe to assume a fair amount of them don’t considering the relative youth of the team — think that his conduct is acceptable. And it’s not.

Randle may have had a good argument on Nov. 30 against the Nets, and perhaps he did against the Celtics on Dec. 18, but getting a tech in the closing minute of a game or not getting back on defense to argue with an official — what is this, high school?

There’s something said about being a professional and acting like one, and despite the Knicks winning Tuesday night’s contest against the lowly Detroit Pistons, Randle, thus far, really hasn’t looked the part.

Pressure busts pipes, but it also creates diamonds. The early-season adversity the Knicks have faced presented an opportunity to him to show maturity, grace and accountability, and thus far, he’s whiffed.

Across the board, the NBA’s reigning Most Improved Player’s numbers are down from last season, with his scoring (24.1 points per game last season, 19.6 this season) and his three-point shooting percentage (41.1% in 2021-22 compared to 32.2% this season) the biggest concerns.

But although putting up numbers and leading by example is an important part of being a franchise player, it’s nowhere near the most important consideration. What’s more important is how you conduct yourself. In particular, when things aren’t going your way.

Having just celebrated his 27th birthday and coming off of his first playoff appearance, Randle still has a bit of maturing to do. But when you think about the way that other great players have conducted themselves and how they’ve responded to adversity at this point in their respective careers, when compared to the league’s five-star players, it’s easy to see that he’s behind the eight ball.

Adversity hits a bit differently in New York, and to this point this season, Randle has given us reason to wonder whether he’ll ever be able to hold it together when things crumble.

The Knicks began the season a rather disappointing 8-7, and back then, it was obvious that their second batch of 15 games would go a long way toward determining whether the club would be able to replicate the success it had in 2020-21.

Although COVID decimated the team’s roster, that challenge isn’t unique to New York. And even when at full strength, too many of the team’s losses were due to poor effort, lack of energy and bad execution.

Those shortcomings ultimately fall on the team’s star player as much as, if not more than its head coach.

Obviously, they miss RJ Barrett, Immanuel Quickley and the team’s platoon of rather impressive youngsters. But you know what they’ve missed even more?

A franchise player who, by example, can lead through dark tunnels.

To that end, Julius Randle leaves a lot to be desired.