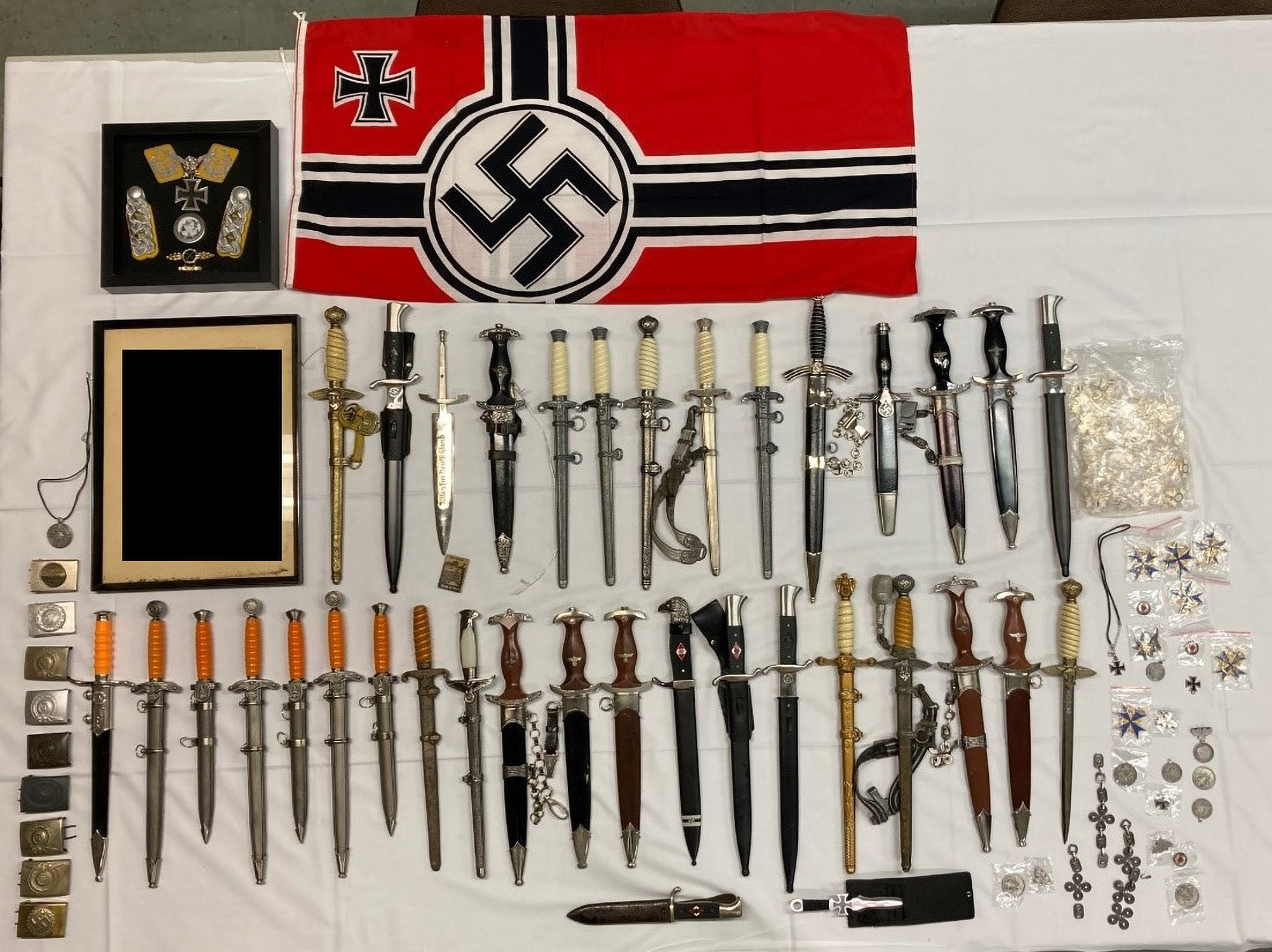 An arsenal of weapons and Nazi objects were found by paramedics while treating a patient in his Vienna, Austria, apartment. (State Police Directorate Vienna/Zenger)

Paramedics discovered a massive arsenal of weapons, as well as Nazi objects from World War II, in the Vienna apartment of a 64-year-old man.

The incident took place in the Austrian capital on Dec. 16. Paramedics responded to a call from the unnamed man and discovered his large cache of weapons. The paramedics then contacted the police.

Images provided by the State Police Directorate of Vienna show antique flintlock pistols, along with a Nazi flag bearing a swastika and various machine guns and rifles from World War II. The police also found significant quantities of ammunition and some explosives.

Items with Nazi symbols are typically banned in Austria, unless they constitute works of art, such as films and theater performances. Breaking the Probation Act of 1947, which forbids the support of National Socialism, carries a maximum sentence of 10 years in prison.

The police said officers from the Ottakring City Police Command “were informed by the ambulance service because they saw weapons in the apartment of a 64-year-old during a rescue operation.”

“The police found a large number of firearms, war material, knives, daggers and National Socialist devotional objects in the living quarters,” the state police said in the statement. “With the support of departments that were knowledgeable about explosives and the defusing service of the [State Police of] Vienna, all objects were removed from the premises. The explosives (high-explosive grenades, rifle grenades) were professionally removed.”

The police said they are analyzing the seized weapons. They also seized all “Nazi devotional items.” The man, who has not been named due to strict local privacy laws, has been charged with breaking gun ownership laws, according to the authorities.

At this time, police said they do not believe the suspect belongs to an extremist group. They also said they did not think he represented an “acute danger” to the public.

In November, Austrian police raided a home in Baden and found 50 weapons, including submachine guns, pump-action rifles and nearly 2,700 pounds of ammunition. They also found Nazi paraphernalia and a large amount of gunpowder. A 53-year-old man “suspected of national socialist Nazi activities” was arrested.