Five suspects are in custody after they tried to tow away cars belonging to tornado victims.
By Joseph Golder December 20, 2021
Facebook
Twitter
Linkedin
Email 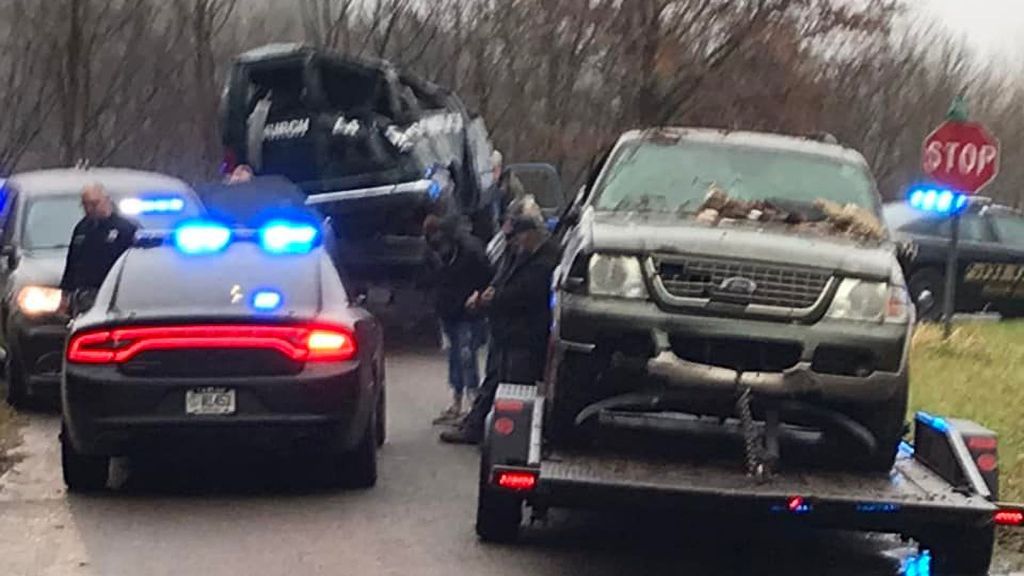 Five suspects were arrested for taking personal property and damaged vehicles from Graves County, Kentucky, after a tornado swept through the area. (Graves County Sheriff's Office/Zenger)

Five people were arrested for allegedly stealing cars from a Kentucky neighborhood slammed by a tornado that killed numerous residents.

The incident took place in Graves County, Kentucky, on Dec. 17.

Two of the arrested suspects, Morris and Moore, were also found to be in possession of methamphetamine and syringes, according to the police.

The Graves County Sheriff’s Office issued a statement saying: “On Friday afternoon, Graves Sheriff’s deputies were alerted to suspicious activity in the area of Cardinal and Pritchett Road. This area was particularly hit hard by the tornado and resulted in deaths.”

The police said the five suspects had been functioning as a team to rifle through other people’s personal property.

“It was reported that several suspects [who] appeared to have been working in a group were rummaging through [a person’s] personal property and loading vehicles that were destroyed by the tornado,” the sheriff’s office said.

Sheriff’s deputies from Calloway County and Graves County, as well as Kentucky State Police Troopers, worked together and “converged” on the group. They caught them red-handed “towing several damaged vehicles and attempting to leave the area,” the sheriff’s office said.

“Sheriff’s deputies and Troopers found a variety of personal items belonging to tornado victims, including some household goods, new shoes, muddy change, copper wiring and other items. They were also towing several vehicles that were owned by tornado victims that have been displaced by the tornado, in the hospital, and/or deceased,” the statement said.

The police said the suspects tried to claim the owners of the houses they allegedly robbed gave them permission to take their personal property.

The sheriff’s office said some suspects contradicted each other about having the homeowners’ permission to take goods. Some of their claims were disproved after sheriff’s deputies found and questioned the homeowners about the stolen property.

A Graves County Sheriff’s Office posting on Facebook encouraged people to ask questions if they notice others moving items in their neighborhood.

“If it is legitimate, they shouldn’t have a problem with you being cautious and alert,” the post said.