Among the rescued are more than a dozen children, including Project Dynamo’s youngest-ever evacuee, an 11 month-old American boy. 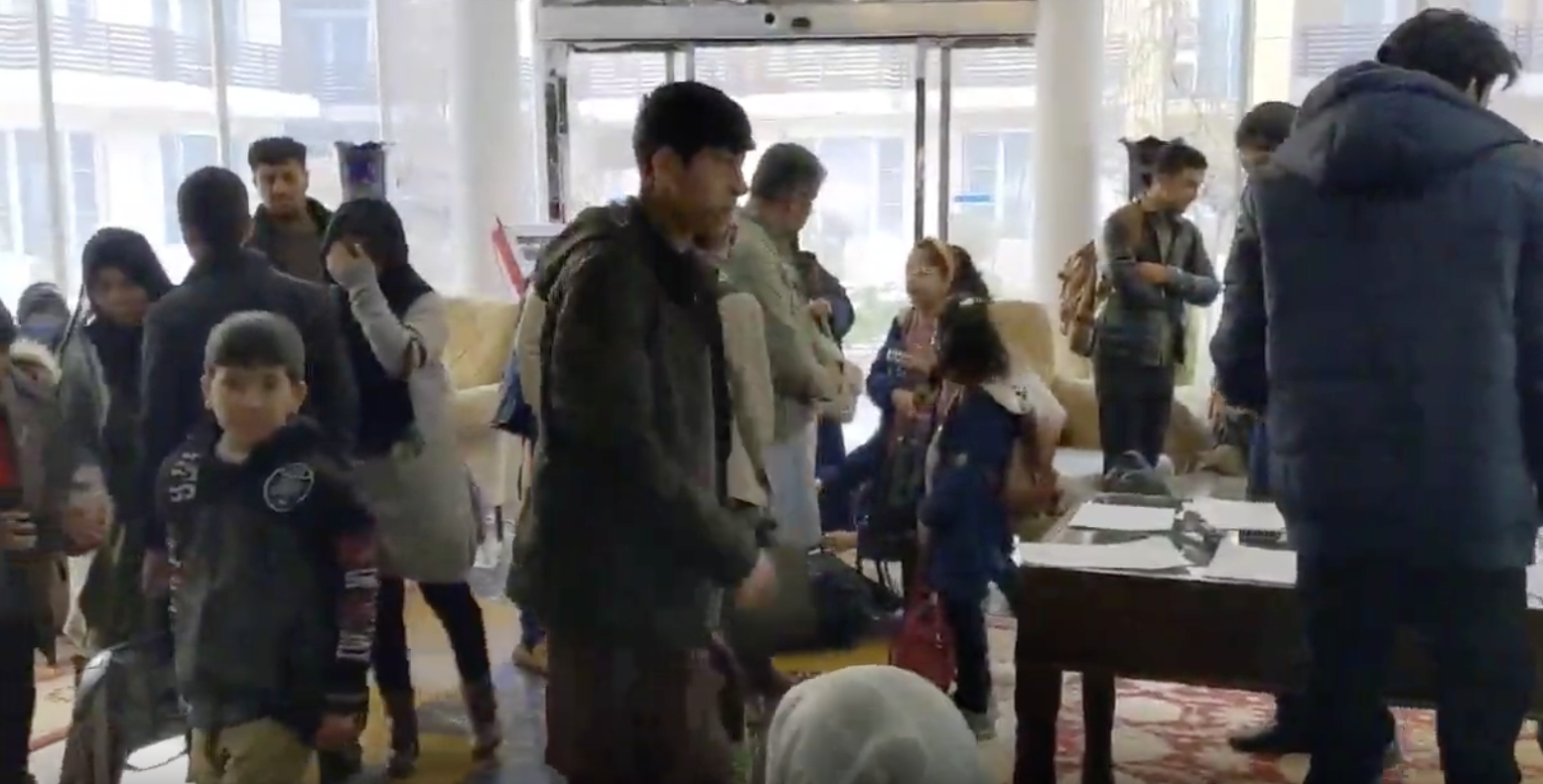 Months after U.S. government flights ceased, 39 American citizens and legal permanent residents were rescued by a two-man covert team, flying on a privately funded plane out of Taliban-controlled Kabul.

The group, sponsored by the non-profit Project Dynamo, is expected to land at New York’s John F. Kennedy International airport by 9 AM on Saturday morning.

“They did encounter the Taliban, but luckily…I don’t know how far I want to get into that,” said James Judge, a spokesperson for Project Dynamo, to Zenger. The nonprofit supplied photos and videos documenting their successful escape.

“This is the first [rescue mission] that we’re aware of, of Americans actually going in, flying into Kabul, putting boots on the ground, and going and getting the evacuees and escorting them from Kabul to the continental United States,” said Judge. “The U.S. government hasn’t done that since August.”

Project Dynamo has no official ties to the U.S. government. Many of its staff are former and reserve military members who served in Afghanistan, or that theater of war, and say they feel a moral obligation to save stranded Americans and their Afghan allies.

“This is expensive. And, you know, ultimately, it’s donors like the fantastic people at Berry Aviation,” said Judge. Berry Aviation Inc., a private Texas-based charter airline, covered the $200,000 cost of the planes that flew in and out of Kabul.

“Given the conditions on the ground in the region, we didn’t want to leave behind any of our fellow Americans and allies,” said Stan Finch, president of Berry Aviation Inc., in a press release. “We’re immensely proud to partner with Project Dynamo and help bring some of the last Americans and permanent residents in Afghanistan to safety.”

Among the rescued are more than a dozen children, including Project Dynamo’s youngest-ever evacuee, an 11 month-old American boy. His name has been withheld by his parents.

The rescued families were selected from a list of more than 1,000 people who applied for rescue from Project Dynamo, a nonprofit organization founded in August 2021 in the wake of sudden and chaotic withdrawal of U.S. forces from Afghanistan.

Many of the chosen evacuees had traveled to Afghanistan for family visits, weddings, and funerals and found themselves unable to return to the U.S. after the Taliban stormed the capital in a series of bloody gunfights with Afghan National Army troops.

Since America’s departure, ordered by President Joseph R. Biden, Afghanistan’s hospitals and clinics  are suffering shortages of medicine and equipment parts as well as doctors, nurses, and technicians. The Taliban has put sometimes illiterate militants and religious leaders in charge of the hospitals, while dismissing trained personnel who are women or members of disfavored ethnic minorities. Famine kills many of the most vulnerable. Meanwhile, Taliban patrols enforce Islamic laws with both whip and pistol and special units hunt down Afghans who worked for the U.S. or allied forces, including translators and truck drivers. As Afghan life worsens, American citizens and legal residents are increasingly desperate to depart for the familiar prosperity of home.

More than 100,000 were airlifted out of Kabul’s civilian airport in the months leading up to the Taliban takeover, according to figures compiled by the U.S. State department.

Experts differ on how many American citizens or U.S. visa holder remain in Afghanistan. After the last U.S. military plane left the country in August, President Biden said that “about 100 to 200 Americans remain in Afghanistan with some intention to leave.” Other estimates range into the thousands.

Since August, Project Dynamo has rescued more than 2,000 people from Afghanistan. Many others have joined waiting lists to leave the war-scarred land.

The latest mission was headed by two Project Dynamo team members: organization founder Bryan Stern, a retired U.S. Navy Lt. Commander who received a Purple Heart in the course of his service, and translator Abdul Wasit. Traveling from a Middle Eastern country that they declined to name, the pair arrived in Kabul earlier this week and journeyed to a safe house nearby, from which coordinated the rescue operation via telephone and email.

The evacuees were brought to a safehouse outside of Kabul and given food, shelter, PCR testing, and Covid-19 vaccinations. The group was then brought to the Kabul International Airport and airlifted out via a privately funded aircraft. Project Dynamo declined to specify the type of aircraft due to security reasons.

Stern and Wasit made their way in and out of Afghanistan within 48 hours, leaving the devastated country with dozens of Americans who had been stranded for months. The private plane stopped in a nearby country and the group traveled overnight on commercial flight bound for JFK.

“Had it not been for Project Dynamo, [they] would’ve been stuck well past the holidays, potentially longer with this whole Omicron variant,” said Judge.

When the evacuees touch down at JFK they will undergo a series of government-regulated security measures, and then be able go back to their homes across the U.S., just in time for Christmas.