Ah Sheet! You Got Me: Woman Found In Fridge After Tying Bed Linen From Window To Fool Cops 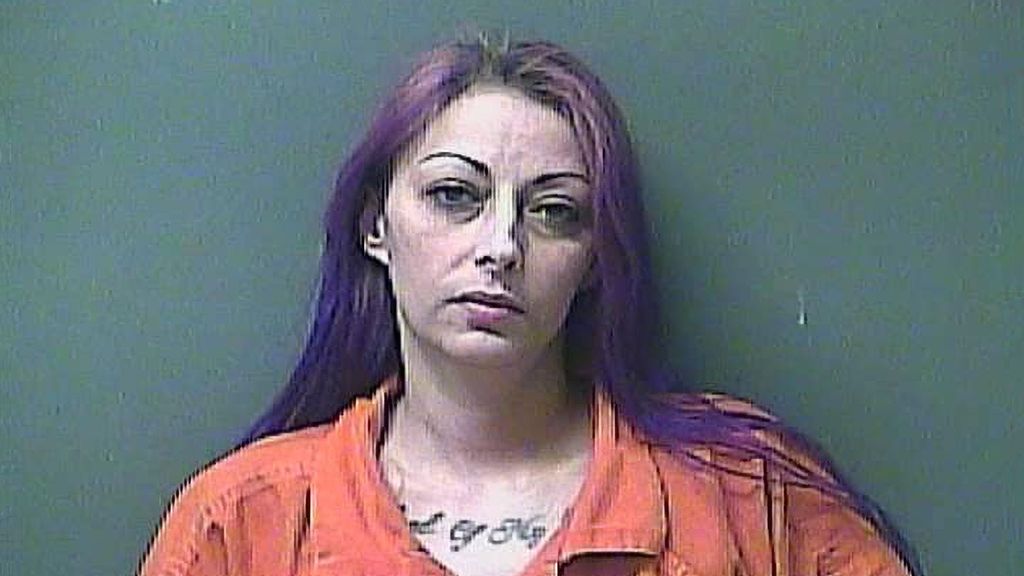 A woman who had three outstanding arrest warrants in Indiana tried to freeze out police by hiding in a refrigerator.

But the ruse she set for police in La Porte did not have them fooled.

The woman, identified by police as 39-year-old Rabecca R. Rudd, had hung a line of tied bedsheets out of a window to fool officers into thinking she had escaped the residence.

Deputies from the La Porte County Sheriff’s Office “observed bedding material that had been transformed into a ‘sheet rope.’ The sheet rope was tied to a lightly weighted kitchen table and extended out a window. Knowing this was likely a ruse,” deputies said, they continued the search for Rudd.

“Moments later, Rudd was located hiding inside a refrigerator,” deputies said in a report posted on Dec. 13.

Events unfolded at 8:29 p.m. on Dec. 12, when deputies were dispatched to a residence located in the 2900 South block of US 35, in reference to a 911 hang-up call, the sheriff’s office said. “Several units arrived at 8:37 p.m. and began to investigate. While doing so, information was learned that a wanted person, Rabecca R. Rudd, was possibly located inside the residence.”

Rudd was taken into custody and transported to the La Porte County Jail by Detective Austin Howell, the Sheriff’s Office said.

In the midst of the holiday season, the La Porte County Sheriff’s Office announced that it would be increasing patrols as part of a statewide crackdown on impaired driving.

Through Jan. 1, deputies “will be on high alert for anyone driving under the influence of drugs or alcohol. Deputies will also be watching for seat belt violations and other forms of dangerous driving,” the sheriff’s office said.

“This holiday season, we’ll have a strong and visible presence focused on keeping people safe and dangerous drivers off the roads,” said Capt. Derek J. Allen. “This announcement is a reminder about the dangers of impaired driving, but it also serves as a warning. If you choose to drive impaired on drugs or alcohol, you will be arrested.”

More than 10,000 people die in drunk-driving crashes in the U.S. every year. That’s approximately one person every 52 minutes, the sheriff’s office said.

«Previous Post
Horror As 1-Year-Old Shoots Dad Dead With His Own Gun»Next Post
VIDEO: Haven’t I Scene You Before? Sexual Predator Jailed After Victim Spots Him At Crime Scene