Sixteen seized in international raids on a gang that smuggled drugs inside concrete construction blocks. 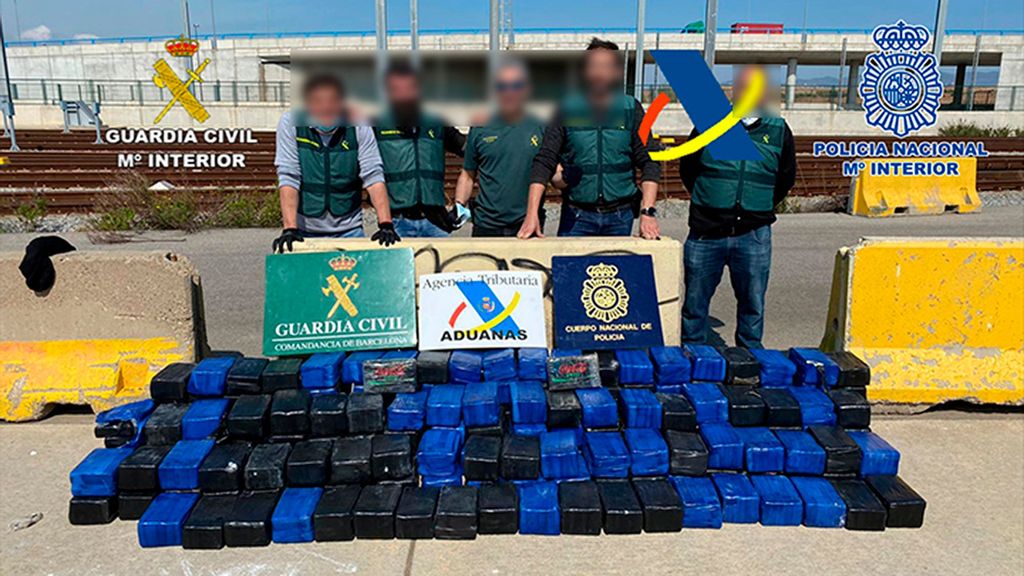 Police with some the drugs seized from an organization linked to a Mexican cartel that was distributing methamphetamine and cocaine in Europe through the port of Barcelona, Spain. (Spanish Civil Guard/Zenger)

Spanish police said they have made the largest seizure ever of methamphetamine — along with a sizable amount of cocaine — while busting an international gang that smuggled drugs into Barcelona’s port in hollowed-out concrete blocks.

Seized in coordinated raids in several countries was what the Spanish Civil Guard described as the largest haul of crystal meth in history: 2,549 kilograms, or roughly 5,620 pounds. The operation also netted 1,370 kilograms (about 3,020 pounds) of cocaine.

The raids took place in Barcelona and other cities in Spain, along with the Netherlands and in Turkey, and resulted in the arrest of 16 people, the guard reports. The criminal organization was based in Spain and in the Netherlands, and was linked to the Mexican Beltran Leyva cartel, authorities said.

The police said that the criminal organization was specialized in smuggling cocaine and methamphetamine into Europe through the port of Barcelona, the capital of the Catalonia region in northeast Spain.

The investigation leading to the raids had lasted more than three years and also involved Europol.

“With this police intervention, the main route of introduction into Europe of these narcotic substances through the port of Barcelona is considered dismantled,” the guard said. “Those responsible controlled a new way to introduce the drug, which consisted of creating hidden spaces in concrete blocks, making it undetectable before port controls.”

Authorities began investigating in 2017 after receiving information about an export company that was suspected of being used by Mexican cartels to smuggle large quantities of drugs into European countries through Spain.

The company, which has not been named but which the police said was located in Mexico, is believed to be working with the cartel, which hid the drugs in precast, concrete thermal blocks typically used in building construction.

The criminals “took advantage of the infrastructure of their international trade operations, coming from South and Central America, to take over the European market for narcotic substances,” the guard said.

The aim of the cartel was to flood the European market with methamphetamine using historical cocaine routes that they dominated, authorities said.

Another integral aspect of the operation was money laundering in Spain. Authorities “endeavored to determine the money-laundering structure that the criminal organization had in Spain, having proven the existence of numerous bank movements with origin or destination in Mexico for high amounts, which were received by the members of the Beltran Leyva cartel.

“This remittance of funds was carried out via the collaboration of Spanish businessmen living in Talavera de la Reina and Valencia, who had designed a complex business network to launder the funds obtained through drug trafficking.”

It is unclear if any of those nabbed in the raids — and whose identities have not yet been disclosed — had been charged as of this posting.