Demand for refined petroleum products remains at or near pre-pandemic levels. 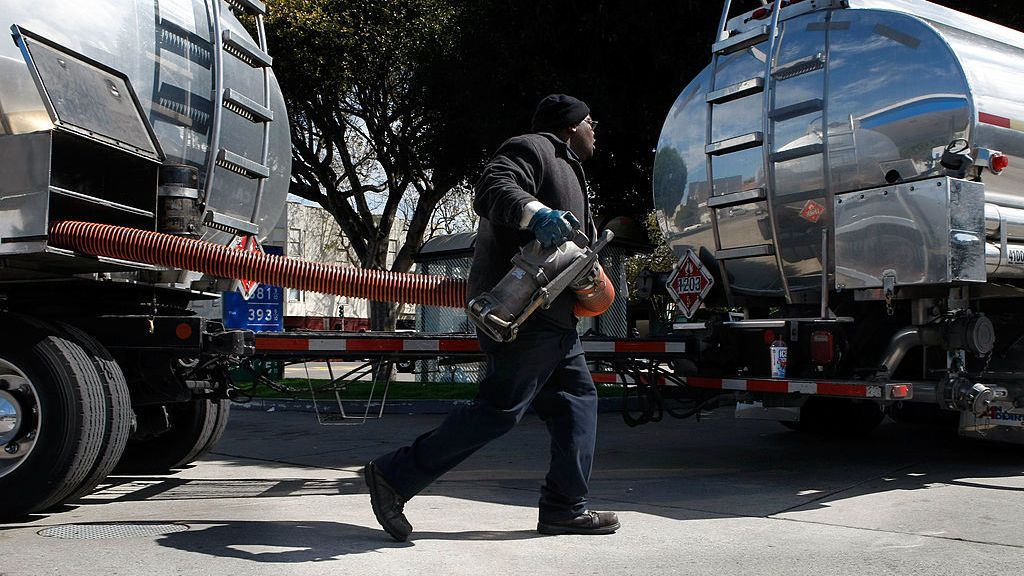 Analysts said there is healthy crude demand, but the short-term outlook is weakening on growing omicron and inflation worries. (Justin Sullivan/Getty Images)

The U.S. Energy Information Administration, part of the Energy Department, publishes weekly data on inventories of crude oil and refined petroleum products such as gasoline and jet fuel. Broad-based declines usually indicate healthy demand, while the opposite holds for gains in commercial storage levels.

Ed Moya, a senior market analyst at trader OANDA, said if using the data as a snapshot of the U.S. economy, the latest inventory report was a good one.

“The snapshot of the economy shows healthy crude demand, but the short-term outlook is weakening on growing omicron and inflation worries,” he said.

Inflation is running hot in the U.S. economy to the tune of around 6 percent for consumer goods for the 12-month period ending in November. For energy products, however, inflation is higher than 50 percent.

In its latest estimate, the U.S. Federal Reserve expected gross domestic product to show a 5.5 percent increase for full-year 2021, lower than its September projection of 5.9 percent growth. Next year, it’s projected to grow around 4 percent, an upward revision from the Fed’s previous forecast of 3.8 percent.

Moya added that he was concerned about the ongoing economic impact from the COVID-19 pandemic. A Chinese vaccine, Sinovac, has shown to be ineffective against the highly contagious Omicron variant, which could be problematic for emerging markets.

Tamas Varga, an analyst at London oil broker PVM, said the declines in crude oil and petroleum producers should send a “powerfully bullish signal,” but the price of oil barely moved on Wednesday.

West Texas Intermediate, the U.S. benchmark for the price of oil, ended the trading day Wednesday up just 0.2 percent to close the day at $70.87 per barrel.

“The fact that the initial reaction is lukewarm might imply that concerns about Omicron and inflation are in the forefront of thinking,” Varga said.

But even with all the doom and gloom, demand is holding up. The Energy Information Administration reported the total amount of refined petroleum products supplied to the market, a loose proxy for demand, indicates levels are at or near pre-pandemic levels.

“Based on what we’re seeing on oil demand, it looks like U.S. economy is humming along,” he said.