Three agencies involved in crackdown on trafficking in waters off the coast.
By Lee Bullen December 16, 2021
Facebook
Twitter
Linkedin
Email 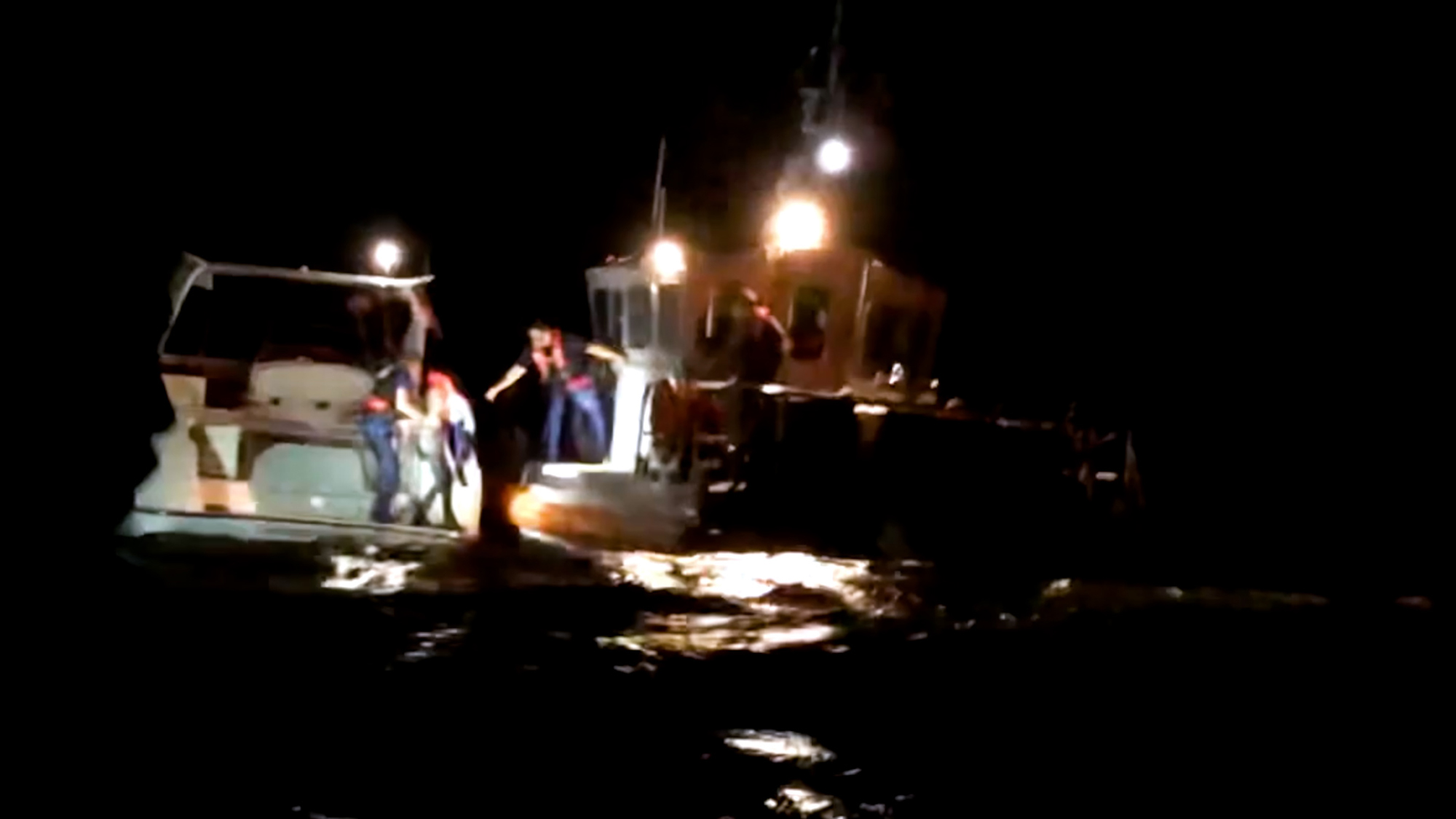 Coast Guard and Customs and Border Protection Air and Marine Operations officers detained 43 people at sea off the coat of Jupiter, Florida, the Coast Guard said, and one suspected smuggler was transferred to Homeland Security Investigation officers for further investigation on Dec. 12.

“Additionally, 26 people were apprehended by Border Patrol officers after a maritime smuggling event landed in the vicinity of Ocean Boulevard [Jupiter],” the Coast Guard said.

Coast Guard and Customs and Border Protection Air and Marine Operations officers detained another 28 people of various nationalities off the coast of Pompano on Dec. 13, the Coast Guard said. That case is also under investigation by Homeland Security officers.

“Additionally, two landings happened off Pompano Beach, Sunday and Tuesday, and approximately 26 people were not apprehended,” the Coast Guard said.

“Human smuggling is dangerous and illegal. Smugglers exploit vulnerable people for profit with no regard for their safety. We work hard, along with our dedicated local law enforcement and fellow DHS partners, to protect all lives on and offshore,” said Rear Adm. Brendan McPherson, commander of the Coast Guard’s 7th District and director of the Homeland Security Task Force-Southeast.

Gerald Burgess, spokesman for Air and Marine Operations, Southeast Region, said his agency’s duty is “to patrol the waters around the Florida Straits, and along with our partners, we work every day to defeat the efforts of smugglers who have little regard for the human suffering they cause.

“Together with Department of Homeland Security partners, we work to keep the waters safe and secure.”

Chief Patrol Agent Thomas Martin, deputy director of the Homeland Security Task Force-Southeast, said: “The U.S. Border Patrol in the Miami Sector is committed to supporting the mission of Customs and Border Patrol in disrupting transnational criminal organizations that attempt to smuggle migrants or narcotics into Florida.”

The U.S. Coast Guard said those intercepted at sea are transferred or repatriated to their country of origin.

Homeland Security Task Force-Southeast, the statement said, “is a standing task force that provides the organizational framework to detect a mass migration event or other contingency operation, facilitate the assignment of roles to participating agencies, and establishes processes for intra-departmental and inter-departmental collaboration.”

The Coast Guard has been intercepting human smugglers off the coat of Florida for a long time. Most recently, seven Cuban migrants were taken into federal custody on Dec. 6 after a suspected smuggling operation in Coral Gables. On Nov. 16, officers arrested a man who allegedly tried to smuggle six immigrants to Tampa.