Icelandic Coast Guard then stops vessel to see if it's leaking oil or some other substance.
By Joseph Golder December 16, 2021
Facebook
Twitter
Linkedin
Email 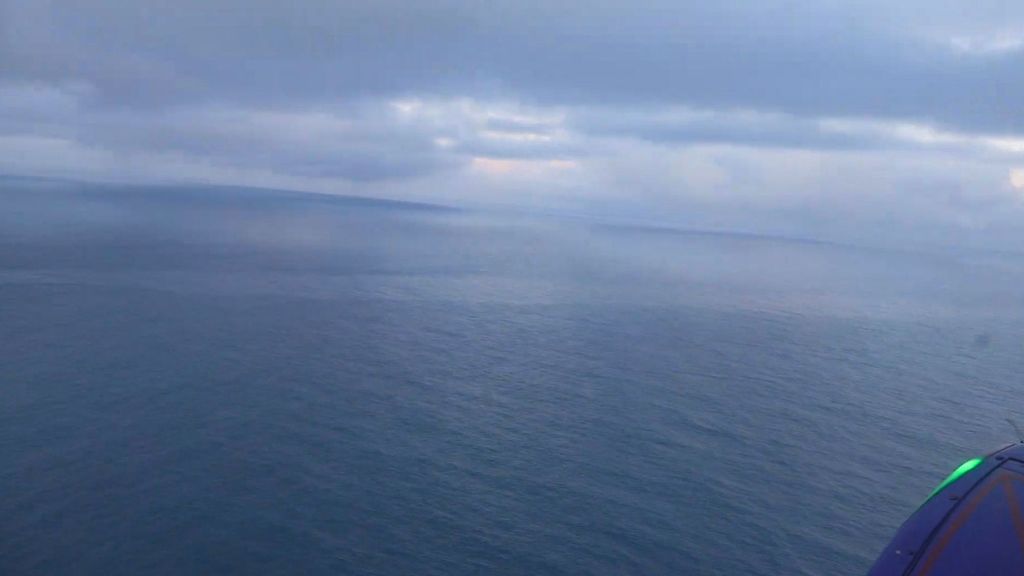 The Icelandic Coast Guard tracked down a cargo ship that satellite images showed might be leaking oil. The spill, which appears as a lighter, elongated spot compared to the surrounding ocean, was first detected by a satellite orbiting some 700 kilometers (about 435 miles) above the earth.

The Iceland Coast Guard shared footage online showing one of its helicopters looking for the source of the pollution, as well as text describing how the incident unfolded.

“The Coast Guard stopped the movement of a foreign cargo ship that was on its way to the port of Reykjavík yesterday morning after the Coast Guard’s control center received a warning from EMSA, the European Maritime Safety Agency, which indicated that pollution could be caused by the ship,” the guard said. “The alert was based on a satellite image.”

Officials wanted to make sure that the ship was not emitting pollution before it got too close to land, to prevent oil-polluted sea from reaching the shore. The guard’s helicopter squadron was called out, as was the patrol boat Odinn. Also notified was the country’s Environment Agency and the Icelandic Transport Authority.

“The crew of the Odinn patrol boat, together with an expert from the Environment Agency, made sure that no oil spills were visible from the ship. After that, the ship was allowed to stay at the port, where the Port State Inspectorate of the Icelandic Transport Authority received it for further inspection.”

As of this posting, officials were still unsure if the cargo ship was the source of the slick.

“The Coast Guard’s helicopter crew spotted an oil slick on the ship’s sailing route, north and west of Garoskagi, and the patrol boat Odinn was sent to take samples from the sea,” the guard said. “The samples will be sent for further analysis abroad by the Environment Agency.”

Staying vigilant for such spills is a constant task, officials said.

“The Coast Guard receives almost daily sent satellite images of the sea area around Iceland that detect possible pollution in the sea. The Coast Guard’s staff examines whether there is actual pollution or other natural phenomena, such as freshly frozen sea or algae blooms.”

The quantity of oil spills worldwide — especially large ones — has been on the decline over the past several decades, reports the ITOPF (formerly the International Tanker Owners Pollution Federation).