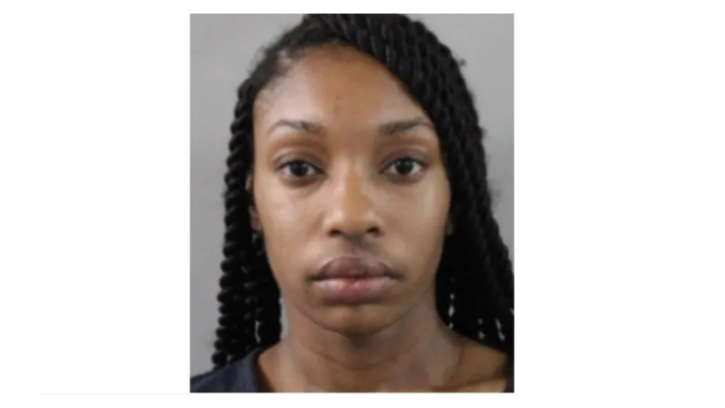 Ayanna Davis of Lakeland, Florida, a substitute English teacher at Lakeland High School, was arrested after she had sex with a teenage student. (Polk County Sheriff's Office/Zenger)

A 20-year-old substitute English teacher in Florida has been arrested for repeatedly having sex with an underage student and sharing footage of one of their encounters on Snapchat.

The video was shown to students at the school, including members of the football team, according to a student who contacted authorities over the alleged abuse.

The sheriff’s office said the investigation of the substitute English teacher began on Dec. 3, after a Lakeland High School student “informed Lakeland Police Department School Resource officers about the existence of a video on Snapchat showing Davis and another student having sex.

“The student claimed the video was shown to a large group of LHS football players.”

Detectives from the Polk County Sheriff’s Office Special Victims Unit were brought in to arrest Ayanna Machelle Davis on Dec. 10 because she lived outside Lakeland city limits. She admitted having unprotected sex with the unnamed student on four occasions, twice at his place and twice at her home, according to the authorities.

The sheriff’s office said the relationship had been going on for months before its status was made public. It also said the student was 16 or younger.

“This is a clear violation of sexual battery laws. She was in a position of influence over the victim, and she took advantage of that for her own twisted pleasure,” said Sheriff Grady Judd.

Davis appeared before a judge on Dec. 11. The sheriff’s office said that “$60,000 in bonds were ordered against her for all five charges, and an arraignment hearing of January 10, 2022, was scheduled.”

Davis was working at “Lakeland High as a substitute teacher with the staffing company Kelly Education Services,” the sheriff’s office said.

He added: “The charges against this person are disgraceful and a complete violation of the trust that teachers build with their students. There is no room in our schools for this type of conduct.”

«Previous Post
We’ve Busted The Record: Cops Seize 4 Tons Of Crystal Meth And Cocaine In World’s Biggest Raid »Next Post
Horror As 1-Year-Old Shoots Dad Dead With His Own Gun