VIDEO: Floody Lucky: Cops Pulled Terrified Woman From Her Sinking Car When She Drove Into River

Police officers waded into the freezing water to rescue the driver. 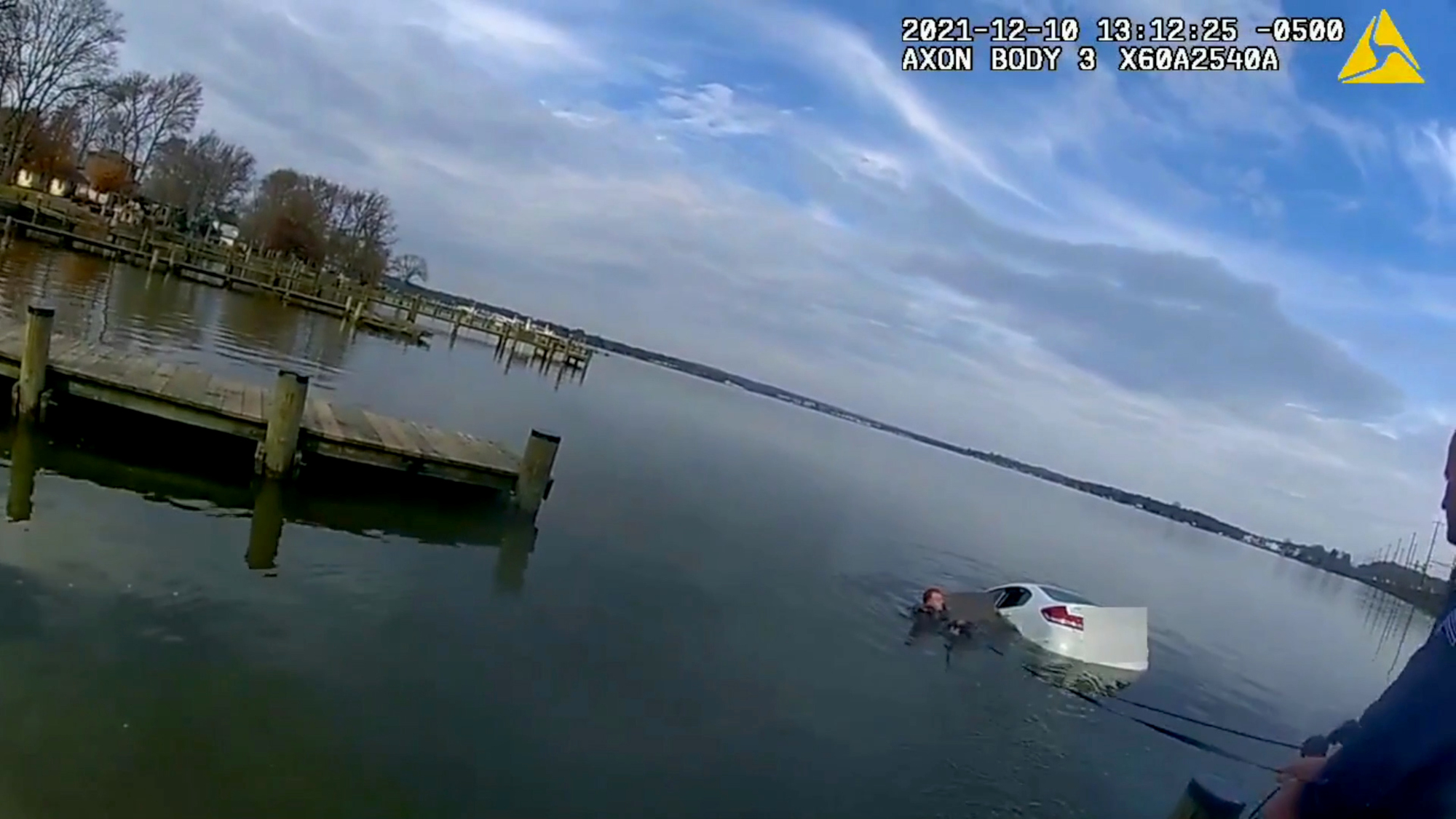 A police officer saved a terrified woman whose car was sinking into a river.

The incident took place on Dec. 10 in Bush River, an estuary in Harford County in Maryland, part of the Chesapeake Bay, about 15 miles from Baltimore. The car was stopped on a boat ramp when police arrived and found it partially submerged.

Officers said they tried to remove the driver from the vehicle, but were unable to do so before the vehicle went into the water. At that point, the unnamed woman climbed out of the car and was taken to shore.

The footage shows the police officer helping the woman to safety, where people are waiting to pull her out of the river.

The images were shared online by the Harford County Sheriff’s office, which said: “On Dec. 10, 2021, in 40-degree weather, deputies assigned to the Southern Precinct entered the cold waters of the Bush River to save a 25-year-old woman.

“Deputies responded to the area of Flying Point Park Marina at 1:02 p.m., after a call to check on the well-being of the woman, who is not being identified.

“Upon arrival, they observed her vehicle, on the boat ramp, partially in the water. Deputies attempted to remove the driver, and only occupant, but were unable to get her out before the car completely entered the water. Once the vehicle was nearly fully submerged, the driver jumped out of the vehicle and into the cold water.”

“It was at that time, four Harford County Sheriff’s Deputies, Corporal Sanchez, Senior Deputy Mothershed, Deputy First Class Tatum, and Corporal Frederick, made the quick decision to risk their own personal safety and enter the water, to attempt a rescue,” the police said.

“After wading through waist-high waters, they made their way to the woman who was still in the water. The video below shows Senior Deputy Mothershed bringing her to shore.”

The police said the woman was taken by local emergency responders to a hospital for treatment for cold-weather exposure and for “further medical evaluation.” The department also said none of the deputies were injured in the incident.

Noting his officers’ response, Sheriff Jeffrey Gahler said: “Deputies put on a uniform and go to work every day to make a difference in the lives of citizens. I am proud of the work these men did to act quickly and save a life.”