Police say they found the drugs haul buried under plants after searching a truck. 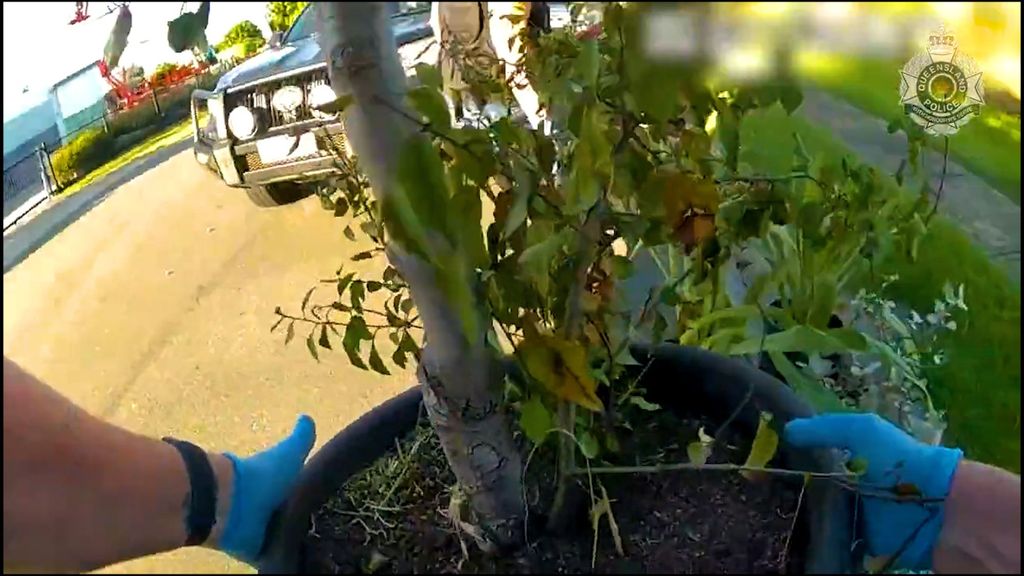 A 23-year-old man in Australia faces charges after police say they found 22 pounds of methylamphetamine in a truck he was driving. A search of the semi turned up large potted plants in which the drugs were buried in duffel bags.

Police said the drugs would have a street value of $5 million.

“The seizure and arrest was the result of an investigation by multi-agency Taskforce Sentry, involving officers from the Drug and Serious Crime Group, Australian Federal Police, Australian Border Force and Department of Home Affairs,” Queensland Police said in an online post accompanying a video.

“During the course of the investigation, police became aware of information identifying a truck traveling from interstate into Queensland that may have been carrying drugs,” police said. “At approximately 4 p.m. Dec. 14, investigators intercepted the truck and driver near Yatala.”

A search of the vehicle located the methylamphetamine concealed in a large potted plant and two money-counting machines.

Video shows a police officer then taking some soil out of one of the pots, revealing a red-and-black bag. Inside the bag are packages of a white substance, which police said is methamphetamine.

The man, who was not named, has been remanded in custody and was expected to appear in Southport Magistrates Court on Dec. 15. There was no update on the man’s court appearance.

Methamphetamine is often referred to as methylamphetamine in Australian legislation and by law enforcement.

Another major drug bust occurred over the weekend of Nov. 20 in Queensland, when police said a 10-month investigation targeting an alleged gang-linked group resulted in 42 people being arrested on more than 400 charges and the seizure of more than $1 million in drugs, cash and property.

Police said six vehicles were either stolen or used to commit the offense, including two cars, a motorcycle, truck, trailer and a Jet Ski.

In a drug bust a week earlier in Queensland, 20 people were arrested for allegedly trafficking methylamphetamine and cannabis. Police said at that time that 117 charges were laid in efforts to crack down on the distribution of dangerous drugs in the central highlands region.