The Uganda Muslim Supreme Council condemned the violent acts but asked security agencies to follow the law while making arrests. 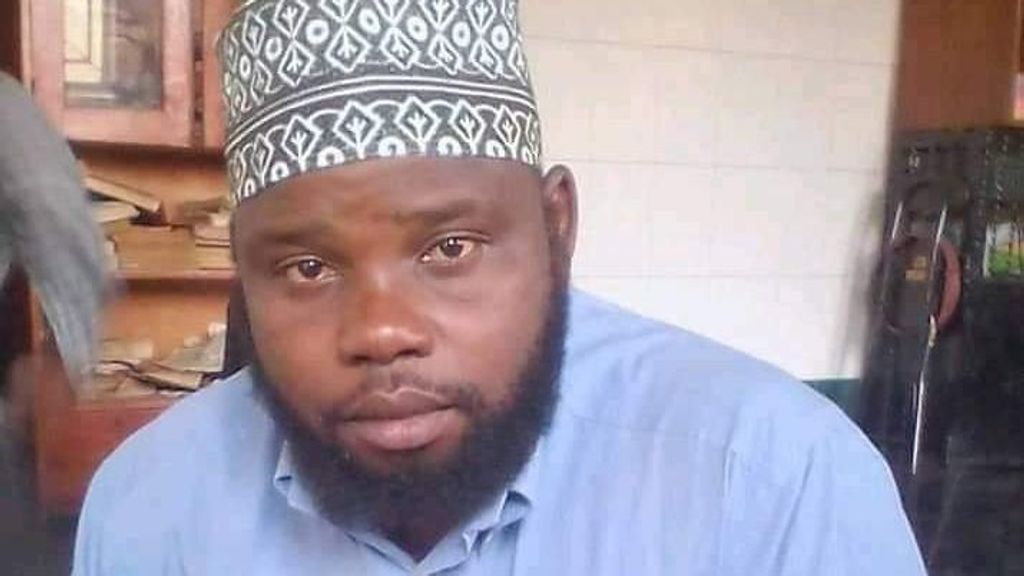 Sheikh Mohammad Kirevu was shot and killed by Ugandan police outside his home on Nov. 17. (Courtesy ReligionUnplugged.com)

KAMPALA, Uganda — A growing list of Muslims arrested and killed without trials in Ugandan anti-terrorism security operations, recently including a respected sheikh, has stirred anger and calls for fair prosecution of suspects rather than shootings on site.

Sheikh Mohammad Kirevu was shot and killed by Ugandan police outside his home on Nov. 17.

“Suspects should be heard before they are convicted and sentenced,” said Sheikh Muhammad Ali Waiswa from the Uganda Muslim Supreme Council, the umbrella body for Muslims in the country.

The police insist they are not targeting Muslims, but terrorists. In the past two months, three different suicide bombings in Uganda killed nine people and injured many more. Ugandan Police spokesperson Fred Enanga said recently that the police are dealing with a special type of criminal that requires special force to subdue.

“If you are not hiding anything from members of the public, why do you arrest and shoot someone who is a suspect?” Sheikh Abdulkarim Kariddubi asked at the burial of Sheikh Mohammad Kirevu, who was shot and killed by police outside his house Nov. 17.

Kirevu’s sons told media that heavily armed government security forces surrounded their home in Nsangi, a township outside the Ugandan capital of Kampala. When they opened the door, their father was “grabbed, handcuffed and pulled out of the house,” one son said.

Enanga later told media that the sheikh was arrested but resisted handcuffs and attempted to escape while being escorted to the patrol car, “which led to a shooting, killing him instantly.”

Kirevu was accused of recruiting members for sleeper cells of the Allied Democratic Forces rebel group, a local branch of the Islamic State group — designated a terrorist organization by the U.S. State Department — which has recently claimed responsibility for bombings in Kampala.

History of the ADF in Uganda

The Allied Democratic Forces mainly operate in eastern Democratic Republic of Congo, but Ugandan security forces say the ADF has sleeper cells in the country.

The most recent bombings that took place on Nov. 16 left seven people dead — including three suicide bombers — and 37 people injured. The twin bombs were detonated near the entrance to Kampala’s Central Police Station at a building next to the Ugandan Parliament.

It is not the first time that the rebel outfit has caused tension in Uganda.

From January to December 2001, the ADF detonated 30 explosives, killing 147 people. The group then retreated and reemerged in 2012, killing civilians, including sheikhs and other prominent people in Uganda. More than 15 Muslim clerics have lost their lives in the past decade in a manner the government attributes to the work of the ADF.

Following the Nov. 16 twin bombings in Kampala, Ugandan security forces conducted operations that killed at least five people, including Kirevu. The other four were killed in a shootout as they tried to cross back into Uganda, security forces said.

Security forces announced they are now hunting for another cleric, Suleiman Nsubuga, who they accuse of radicalizing youth and encouraging them to join terrorist cells.

On June 1, Uganda’s transport minister, Gen. Katumba Wamala, survived an assassination attempt with gunshot wounds, an attack security forces linked to the ADF. However, in a televised address four days after the Kampala twin bombings, Ugandan President Yoweri Museveni said the attack on the minister landed the ADF in a “trap.” Museveni said 12 terrorists linked to the Katumba attack and recent bombings in Kampala had been killed, and 106 suspects had been detained.

Uganda has since launched a military operation against the ADF in the Congo in retaliation for attacks in the country. Uganda’s People’s Defense Force late last month launched a joint air and artillery strike against ADF camps before sending in ground troops.

“We are dealing with a dangerous group,” police spokesperson Enanga said. “Because they have been radicalized, they will do anything, including disarming our officers. It has happened before. They can do anything. So, you can imagine what our officers go through dealing with someone laden with explosives.”

The Uganda Muslim Supreme Council condemned the latest violent acts in the country but asked security agencies to follow the law while arresting suspects.

The leader of Muslims in Uganda, Sheikh Shaban Ramadhan Mubajje, called upon Muslim youth not to become recruits into violent activities.

“We commit to working together with other stakeholders in understanding the role of religion in preventing and countering violent extremism through the inter-faith collaboration,” Mubajje wrote in a statement.

Ibrahim Semujju Nganda, a member of Uganda’s Parliament, told ReligionUnplugged.com that while he could not outright say that the government is targeting Muslims, he wishes to ask security agencies why all the suspects killed so far are Muslims.

“Government is panicking and that’s why they are killing suspects,” Nganda said. “They told us that the latest suspect to be killed, Sheikh Kirevu, was running away, but can someone be that stupid to run away from armed security when he is handcuffed and when his house has been surrounded?”

Mescharch Katusiimeh, a professor at Kabale University in Uganda, said it is the killing of suspects that is raising suspicion among the people about the intention of the security forces.

“This suspicion that Muslims are being selectively targeted is coming from the shooting and killing of suspects,” Katusiimeh said.

On Dec. 7, less than a month after the killing of Kirevu, the U.S. Treasury Department issued financial sanctions on Uganda’s chief of military intelligence, Maj. Gen. Abel Kandiho, over alleged human rights abuses committed under his watch.

The treasury said in a statement that military intelligence officers under Kandiho have arrested, detained and physically abused Ugandans “due to their nationality, political views, or critique of the Ugandan government.” Kandiho denied the allegation, arguing that the sanctions are politically motivated.