Rare blue cheese needed to be turned during a break in wintry conditions in the mountains of Spain. 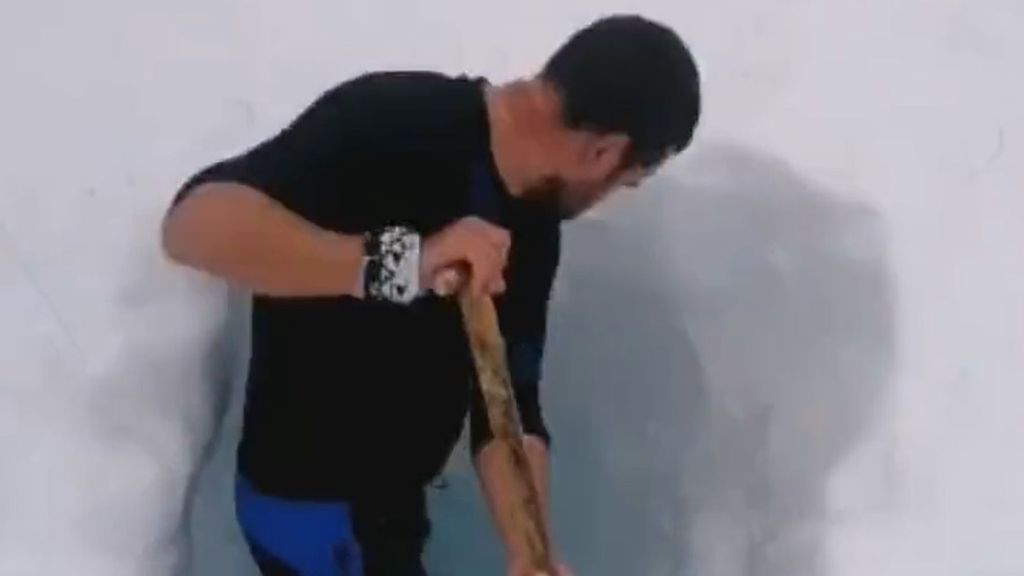 Digging through the snow in northwestern Spain to reach a cheese cellar is vital to maintaining the artisanal Cabrales blue cheese. (Quesería Main/Zenger)

Video shows a traditional blue-cheese maker digging in snow to rescue six months’ worth of product maturing in a cellar. The cheese needed to be turned, a process made difficult since the cellar it is in was buried under snow.

Carlos Lopez and his wife, Sara Fernandez, run the Quesería Main factory in Asturias in northwestern Spain that makes Cabrales cheese, a blue cheese made in the artisan tradition by rural dairy farmers.

The cheese is made from unpasteurized cow’s milk, or cow’s milk blended in a traditional manner with goat’s milk or sheep’s milk. All of the milk must come from herds raised in Asturias.

The cheese matures in special cellars in the mountainous area, and every few days it needs to be turned. Someone must head to the mountains and manually turn the cheese. Weather conditions can interfere, as seen in the video, where snow covers the 49-foot-high cellar wall.

The family-run cheese factory posted the video online on Dec. 7 with the message: “Today, … Carlos and Sara took the skis and went up to the main cellars. We have to clean all the cheese as another storm is coming, and we cannot abandon them. But it was not easy at all reaching them. The main reserve (of cheese) is unique.”

Carlos and Sara said that they regularly clean and monitor the cheese. “We don’t go every day, but we do go to all the cellars once a week; we have four in use right now.”

They said the snow was not harmful for the cheese, but it can make access to it difficult and can even make it harder to find the location of one of the cheese-maturing cellars. “There are times when you dig and can’t find the door, but you try again until it appears.”

They said the snow “is not harmful directly; what is harmful is not cleaning and turning the cheeses every week. The only thing that the snow would do would be to slow down its maturation, but it is not a negative thing.”

The Quesería Main factory produces 12 tons of Cabrales cheese a year. The cellar in the video contains 400 cheeses that will remain there until July, the couple said.

The rugged mountainous area of Asturias typically sees snowfall from October to May.

In an online post from Nov. 12, someone from the cheese factory is seen carrying bags of cheese from deep cellars.

“Pulling 100 pieces, about 230kg [507 pounds], going up 40 steps with a good slope and getting that many more in gets you in shape quick,” the post says, followed by a smile emoji.