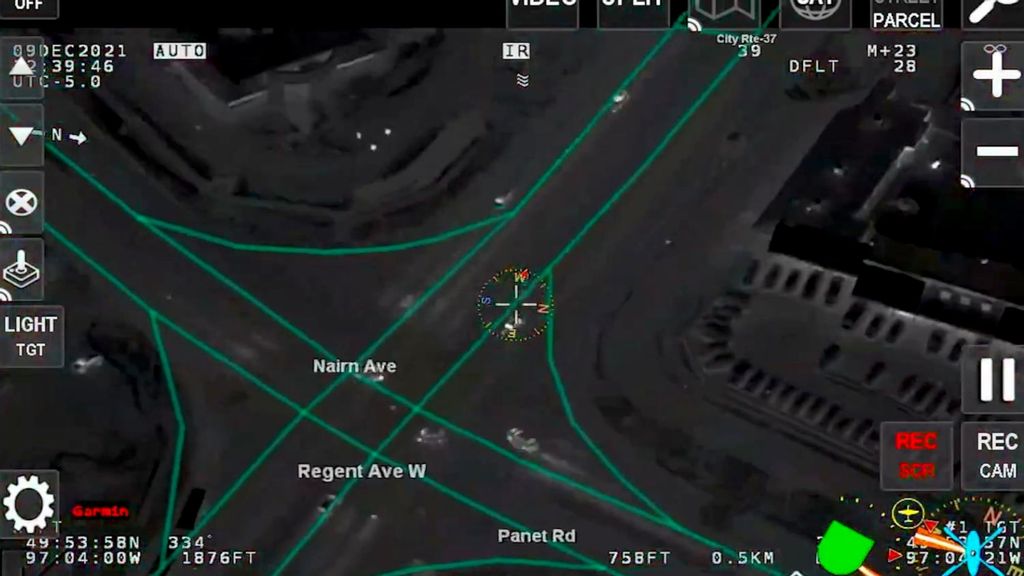 A man who was fleeing police in a stolen car in Winnipeg, Canada, is in custody, the Winnipeg Police Service said on Dec. 11.

The suspect was identified as Allan David Graveline, 25, from Winnipeg.

The footage was posted online by the Winnipeg Police Service, with the message: “On Dec. 9, 2021, at approximately 9:37 p.m., an East District General Patrol supervisor observed a stolen sedan traveling in the area of Panet Road and Dugald Road.”

About 20 minutes after the pursuit began, police said, the vehicle came to a stop in the Munroe West area. Police said the driver tried to resist arrest but was quickly taken into custody.

“Officers deployed a tire deflation device but were unsuccessful,” police said. “At one point, as officers attempted to contain the sedan, the driver drove onto a boulevard and a sidewalk.

The helicopter continued to follow the vehicle as ground units began to pursue from a distance, police said.

“At 9:55 p.m., the car eventually came to a stop in the Munroe West neighborhood,” police said. They said the driver had driven onto a boulevard and over a sidewalk when they attempted to box him in, and the driver was safely taken into custody after attempting to resist arrest.”

“The driver was found to be the subject of a Canada-wide warrant, police said. He was also found to be a lifetime suspended/prohibited driver.