An 8-month-old and a 3-year-old who were underwater are pulled to safety. 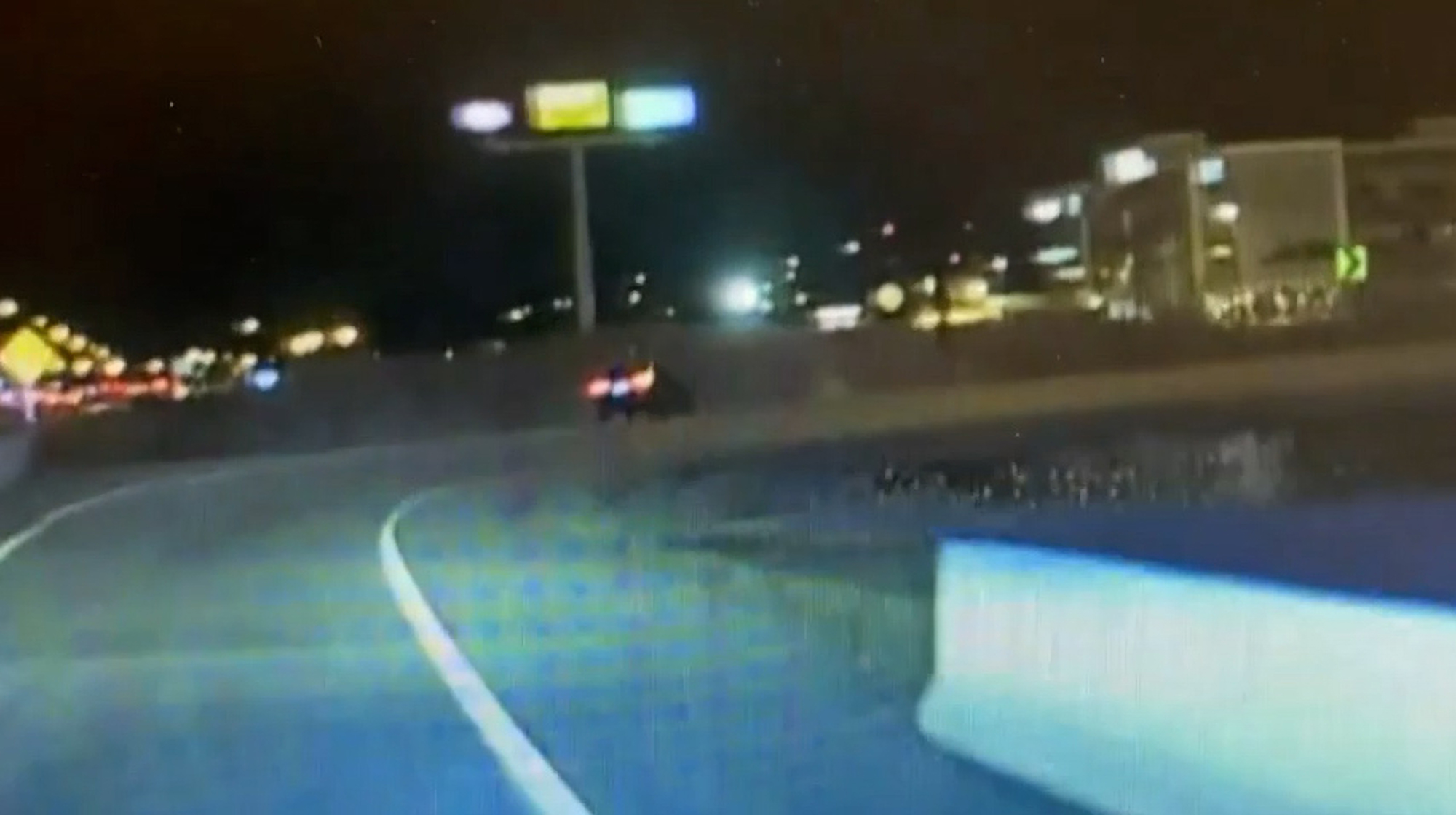 The high-speed pursuit ended with the driver's car going airborne and landing in a retention pond in Hammond, Indiana. Two young children in the car were rescued by a St. John police officer. (St.JohnPolice/Zenger)

A female driver fleeing police at high speed lost control and the vehicle, with two children inside, landed in a retention pond on Dec. 12 in Hammond, Indiana. A St. John, Indiana, police officer jumped into the cold water, where the car was submerged, police said.

The officer, identified as Darrell Shaffer, noticed a child’s car seat and felt around in the murky water. He located one child, and then felt the leg of a second child, and pulled them out of the water to safety, police said. The children, who were not named, are 8 months old and 3 years old.

The 24-year-old driver from Chicago, who was not identified, was able to get on the hood of the vehicle after police ordered her to get out. She then made her way to the bank and was taken into custody by Lake County Sheriff’s officers.

The incident began at 11:08 p.m., when Lake County Sheriff’s officers conducted a traffic stop on a passenger car traveling at a high rate of speed in St. John, police said.

“During the course of the investigation, officers discovered a male passenger in the car had an active out-of-state warrant.  When officers removed the subject from the vehicle, he fled the scene on foot,” police said. “Officers chased the subject, and he ran into a creek or retention pond. Officers helped the male suspect out of the water, and he was treated for exposure.”

The man was identified only as a 26-year-old from Chicago.

While officers were chasing the man, the driver fled, “with two small children who were not properly restrained in child safety seats, nearly striking officers,” police said.

One officer tried to stop the vehicle, but the driver continued to flee, lost control because of high speeds, police said, and “left the [highway] ramp airborne, coming to rest in the retention pond.”

Video shows the fleeing vehicle leaving the road and ending up in a retention pond, believed to be a different pond than the one that the man fell into earlier that night.

The suspects had not been charged as of the time police released their dashboard camera video and initial report.

“The male passenger could face a criminal charge for fleeing,” police said. “The female passenger may face a felony resisting charge as well as two counts of felony neglect of a dependent.”

In addition to the police investigation, the Indiana Department of Child Services was contacted to investigate as well, police said.