VIDEO: Einstein’s Theory Of General Relativity Stands Up To Challenge 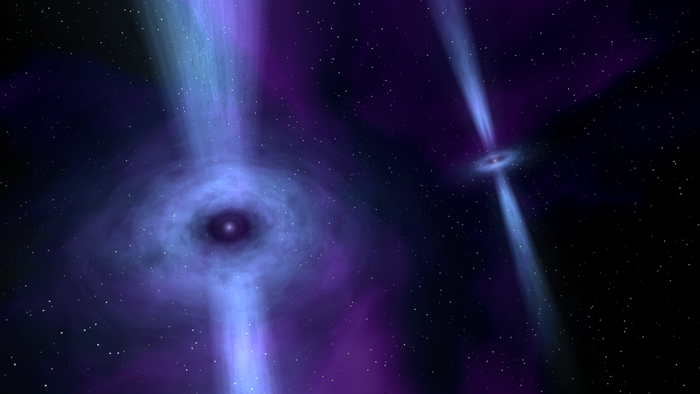 Researchers at the University of East Anglia and the University of Manchester helped conduct a 16-year-long experiment to challenge Einstein’s theory of general relativity observing tars known as pulsars. (Max Planck Institute)

Researchers challenged Albert Einstein’s famed theory of general relativity by observing stars known as pulsars for 16 years to seek a unified theory of the fundamental forces of the cosmos.

“As spectacularly successful as Einstein’s theory of general relativity has proven to be, we know that is not the final word in gravitational theory,” Robert Ferdman, co-author of a paper published in the journal Physical Review, said of the team’s research.

For more than 100 years, scientists have sought to find flaws in Einstein’s theory.

“General relativity is not compatible with the other fundamental forces, described by quantum mechanics,” Ferdman, a physics professor at the University of East Anglia, in England, said. “It is therefore important to continue to place the most stringent tests upon general relativity as possible, to discover how and when the theory breaks down.”

A deviation in the general relativity theory, he said, would expand the current theoretical understanding of the universe.

“And it may help us toward eventually discovering a unified theory of the fundamental forces of nature,” Ferdman said.

Researchers in the United Arab Emirates and at the University of Manchester took recourse to seven radio telescopes stationed around the world. They used them to rigorously test Einstein’s famed E=mc2 equation. They revealed expected relativistic effects that were observed for the very first time.

According to Ferdman, “a pulsar is a highly magnetized rotating compact star that emits beams of electromagnetic radiation out of its magnetic poles. They weigh more than our sun and are only about 15 miles across; incredibly dense, that produce radio beams that sweep across the universe like a lighthouse.”

Ferdman said the team studied a double pulsar, which offers the best laboratory for testing Einstein’s theory, which he developed before the techniques to discover and study pulsars even existed.

The double pulsar consists of two pulsars orbiting each other in just 147 minutes with velocities of about 1 million kilometers per hour (621,371 mph). While one is rotating fast at about 44 revolutions per second, the other is younger and rotates once every 2.8 seconds. It is the pulsars’ orbit around each other that offers a nearly perfect gravity laboratory, Ferdman said.

The team tested a cornerstone of Einstein’s theory, which concerns energy carried by gravitational waves, said Michael Kramer of the Max Planck Institute for Radio Astronomy in Germany, who led the study.  The theory tested at a precision 25 times better than with the Hulse-Taylor pulsar and 100 times better than with gravitational wave detectors.

The team’s observations agreed with the theory, but they were able to see effects never studied before.

The discovery of the double pulsar system is the “only known instance of two cosmic clocks which allow precise measurement of the structure and evolution of an intense gravitational field,” Benjamin Stappers, a professor of astrophysics at the University of Manchester, said.

Astronomer Ingrid Stairs of the University of British Columbia said the team tracked the radio photons emitted by one pulsar in the gravitation field of the companion pulsar.

“We see for the first time how the light is not only delayed due to a strong curvature of space-time around the companion,” Stairs said, “but also that the light is deflected by a small angle of 0.04 degrees that we can detect. Never before has such an experiment been conducted at such a high space-time curvature.”

“Apart from gravitational waves and light propagation, our precision allows us also to measure the effect of ‘time dilation’ that makes clocks run slower in gravitational fields,” he said, noting that researchers need to take Einstein’s E=mc2 into account when considering the effect of the electromagnetic radiation emitted by the fast-spinning pulsar.

“We have reached a level of precision that is unprecedented. Future experiments with even bigger telescopes can and will go still further,” Kramer said. Knowing how future experiments must be conducted, he said, may allow scientists to “find a deviation from general relativity one day.”