Hundreds of trapped bats died in an overheated Vienna loft before rescuers found them. 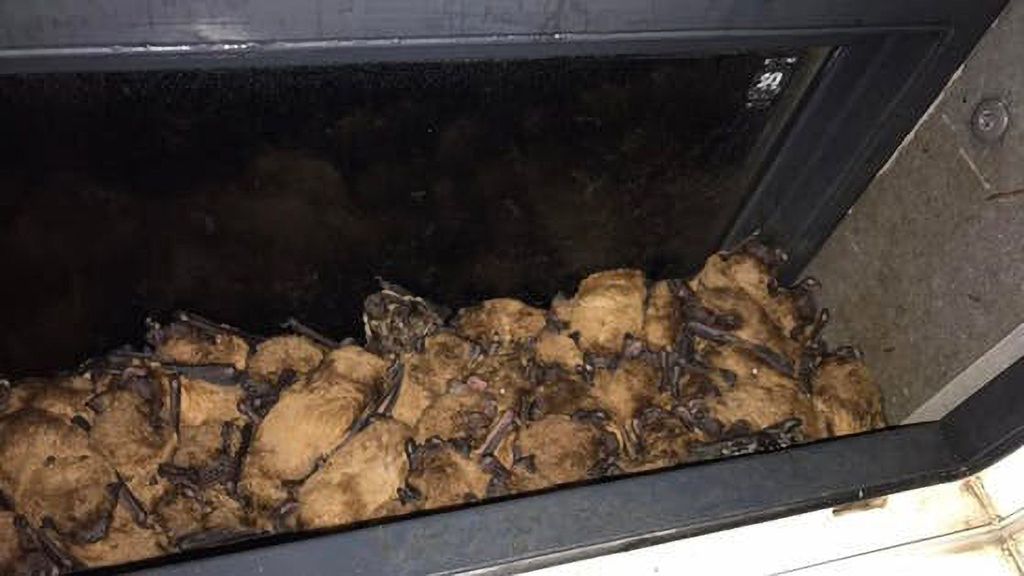 The bats were rescued from a skyscraper by animal-rights activists in Austria. (Tierschutz Austria/Zenger)

An Austrian animal charity bought special fridges to keep starving bats in hibernation and stop pregnant females giving birth after many were trapped in the roof of a skyscraper.

Hundreds of the rare, carnivorous greater noctule bats traveled to Austria from Russia to spend the winter. They managed to get into a loft area of a Vienna skyscraper — but a closed window meant they could not get out.

By the time they were discovered, only 190 were still alive.

The building authorities notified the Tierschutz Austria animal-rescue group when they realized the bats’ predicament. The organization then requested additional assistance, given the number of bats involved.

Tierschutz Austria said the animals were taken to an animal shelter in Voesendorf, Austria, where numerous volunteers were needed to care for them.

But they also needed to buy special fridges to ensure the bats, particularly the pregnant females, did not wake up.

Bats mate in autumn, but the babies are not born until the following June. Female bats store sperm throughout the winter, only releasing it to fertilize the eggs in April, during warmer weather. Till then, females require an uninterrupted sleep. The cold prevents fertilization until they can return to Russia to give birth.

“Their metabolism slows right down and their heart rate falls to around 10 beats per minute,” the organization said.

Tierschutz Austria spokesman Jonas Von Einem said: “When they arrived at their winter home, they chose a place to sleep that they couldn’t get out of on their own. Therefore, the dehydrated and starving animals had to be rescued and cared for quickly. Unfortunately, some were already dead.”

Four keepers can feed 71 of the bats every five hours, using insects. They also said the bats needed the special refrigerators to hibernate. These cost about 3,000 euros ($3,380), which “we had not planned for in our annual expenses.”

The organization is currently accepting donations, which can be made to the Wiener Tierschutzverein.

Greater noctule bats are listed as vulnerable on the IUCN’s Red List of Endangered Species. They are the largest bats in Europe. Their lifespan is four to five years, and they give birth to one pup.