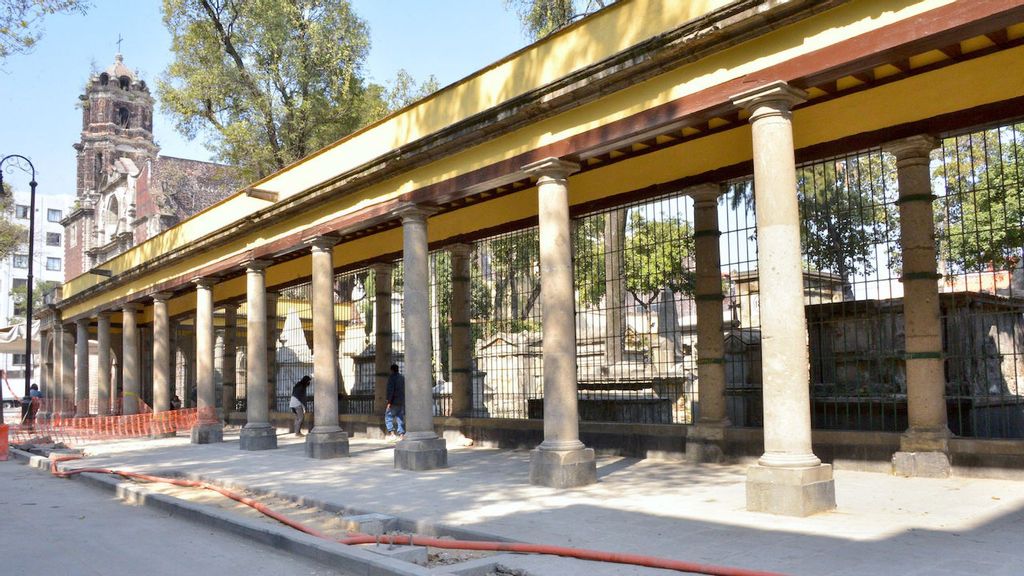 Mexican scientists have discovered 17 burial sites containing the remains of people who likely died during a pandemic in the 19th century.

The remains were found near the entrance to the San Fernando Pantheon in Mexico City, one of the Mexican capital’s oldest cemeteries, under a pavement at a depth of between 10 and 30 inches.

This was “the first time they have recorded a discovery of this type in that place,” the National Institute of Anthropology and History said in a statement.

Anthropologist Eduardo Garcia Flores and excavation coordinator Nancy Dominguez Rosas said the skeletal remains were discovered while cabling work was taking place on the street outside the cemetery and that the deceased probably died during a pandemic at the time.

They said the cemetery was built in 1832 and was intended to have 600 grave sites for high-standing members of society.

However, different epidemics during the 19th century, starting with a cholera outbreak, led to the cemetery being available for full public use.

A cholera outbreak between August and October 1833 killed almost five percent of the capital’s population in the first months and claimed many more lives in the subsequent years.

“It is striking that this discovery occurs while we are going through a health contingency again, revealing how the societies of each time have faced health emergencies by modifying their socio-economic, cultural and religious structures, which is reflected in burial patterns. From our disciplines: archeology, bioarcheology and physical anthropology, we recover this identity from the present,” García Flores said.

Researchers assembled the most complete skeleton at the site and concluded that it belonged to a young man around 25 years years old who was about 5-foot-9.

Ten of the 17 sites have been analyzed, and the presence of lime and charcoal were detected on some of the skeletons.

Experts established that 15 individuals were in the 10 sites, mostly middle-aged and older adults, both women and men.

Excavation work will continue until the end of January 2022. Research has already found evidence that what is now the Mexico City neighborhood of Guerrero was constantly occupied during the late Postclassic period (1250–1521), when it was the seat of Aztec families who lived in a muddy area on the outskirts of Tenochtitlan.

“Urban archeology must apply a more flexible methodology since grids cannot be placed for excavation and the materials must be recovered the same day they are located,”  Garcia Flores said.