Relief, While Slow, Is Coming For Consumer Gasoline Prices

Even with a bit of a dip lower, prices remain at levels not seen since late 2014. 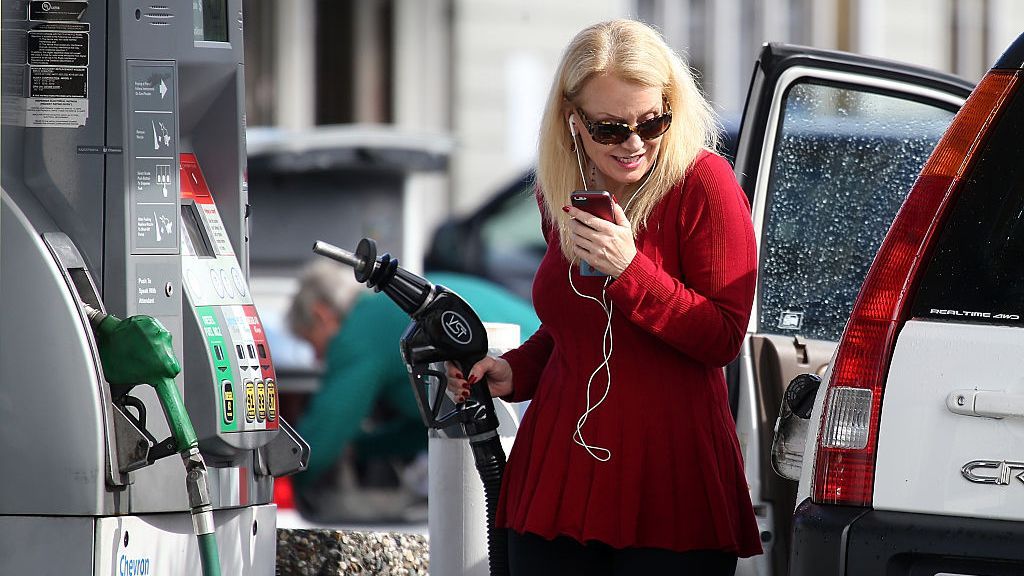 Analysts say drivers are beginning to pay slightly less at the pump, a trend they think will continue. (Justin Sullivan/Getty Images)

As refineries catch up with demand for gasoline and commodities take a downturn, the price drivers pay at the pump is slowly heading lower, analysts told Zenger.

Travel club AAA on Tuesday reported a national average retail price of $3.32 for a gallon of regular unleaded. That’s down about a full percentage point from this time last week and 2.6 percent lower than month-ago levels near $3.40 per gallon.

Retail gasoline prices usually start moving lower after the long Labor Day holiday in the United States, which marks the unofficial end to the summer driving season. Refineries would already be preparing to produce a winter blend of gasoline that’s cheaper to produce.

“But some of the blending components that go into making gasoline are priced at higher levels,” said Denton Cinquegrana, the chief oil analyst at the Oil Price Information Service.

Not only that, but some other components are finding a place not in the production of road fuels, but in the petrochemical industry where profits to produce plastics are better, he said.

That does little to address energy-related inflation. The federal government reported that inflation for consumer goods was close to 6 percent for the 12-month period ending in November.

For gasoline, that level of inflation is closer to 50 percent. And even with some relief making its way to the consumer level, retail gasoline prices remain at highs not seen since late 2014.

Matthew Kohlman, an associate director for refined products pricing at S&P Global Platts, said that so far, consumers seem to be relatively unfazed by higher prices at the pump. He said that gasoline demand is above the five-year average and AAA said holiday travel this year is expected to be about 92 percent of what it was before the pandemic.

Refineries, meanwhile, are pumping out gasoline at higher levels and starting to catch up from pandemic-related issues last year and the deep February freeze in Texas that idled large parts of the energy sector.

“The net effect is retail prices have stabilized or even fallen slightly for drivers out shopping for holiday gifts other than a lower price at the pump,” Kohlman said.

Clues from the broader energy sector may also be signaling prices will move lower as the calendar switches to 2022.

The International Energy Agency, a Western-backed agency set up in response to the Arab oil embargo in the 1970s, said it expected the global oil market to end the year in a surplus, which should continue into next year.

That surplus is in part expected to drag the prices for commodities lower. The U.S. Energy Information Administration in its latest monthly market report said it expects the price for Brent crude oil, the global benchmark, to average $70 per barrel next year, down from Tuesday’s levels of close to $74 per barrel. The retail price for gasoline, meanwhile, is expected to fall to $2.88 per gallon.

“We’re finally starting to see retail to show some signs of passing along the deep drop in the price of oil and wholesale gasoline [on to consumers],” said Patrick DeHaan, senior petroleum analyst at GasBuddy, from Chicago.