Drug-making facility housed in an aging barn building was operating when authorities swooped in. 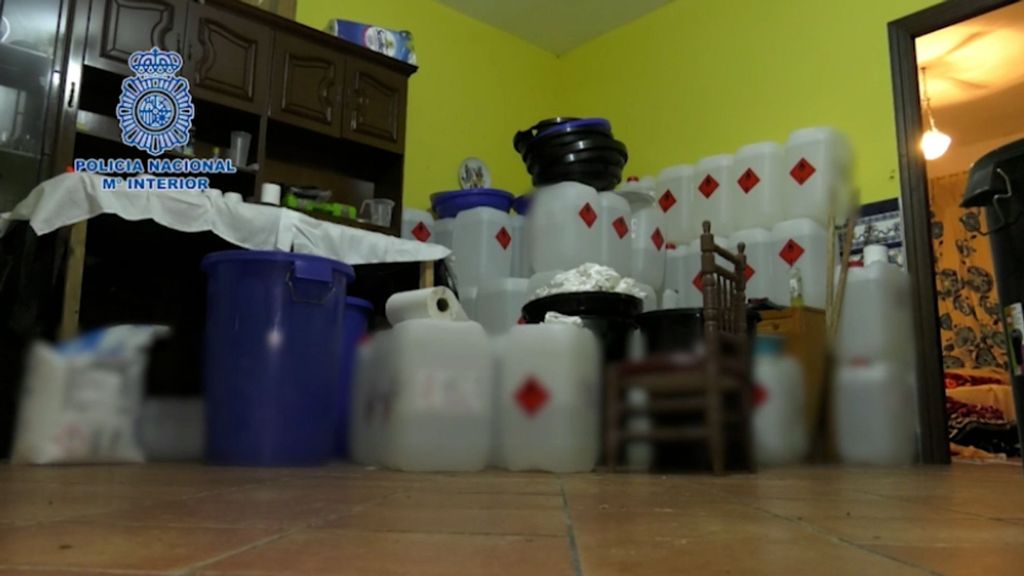 Spanish police have arrested four “drug cooks” as they prepared cocaine in a clandestine lab, along with one of their lookouts.

The Spanish National Police reported Sunday that they had dismantled a cocaine processing lab in the municipality of Recas in the province of Toledo.

Five people, including the four “cooks” were arrested in the raid, during which authorities also seized 50 kilograms (roughly 110 pounds) of cocaine in powder form.

Two of those arrested were said to have traveled from Colombia to Spain expressly to use their know-how to manufacture the drug, according to the police, due to a lack of local knowledge for that task.

In addition to the cocaine, the police also confiscated 3,000 liters (660 gallons) of chemicals used in the processing of the drug.

According to expert estimates, the lab had the capacity to produce some 150 kilograms (roughly 330 pounds) of cocaine per month.

The bust was the culmination of an investigation that began early this year when police first gained knowledge of a clandestine drug-processing lab south of Madrid.

Investigations found that the lab was used by a network of traffickers to process shipments of the unprocessed drug that would enter Spain hidden in containers via the port of Valencia.

The investigators traced the lab to a farm with four buildings in Recas, which had several lookouts tasked with spotting any possible police presence.

The raid, carried out by the police force’s Special Operations Group, saw four “cooks” of Colombian origin arrested alongside a Spanish man who was a lookout. The names of the men were not released by authorities, nor were details of the specific charges they face.

In the raided building, the group had set up the clandestine lab and also a separate sleeping room for the workers.

Several tools, including cutting equipment, and appliances were found in the clandestine lab, such as a large hydraulic machine used to press the drug.

The Netherlands and Belgium have supplanted Spain as the main gateways into Europe for cocaine in recent years, Europol reported in September. Nevertheless, Spain remains an important entry point for cocaine into the continent, and the drug remains the second most widely used in Western and Central Europe after cannabis.

Most of the criminal organizations behind the trafficking of cocaine are believed to be from Colombia, the world’s top producer of that drug.

«Previous Post
VIDEO: Under Fire: Gunman Who Held Police At Bay In Standoff Died In His Burning Home»Next Post
VIDEO: Cold Comfort: Pregnant Bats Get Fridges To Keep Them Cold Enough To Hibernate