Eight men's and women's teams that scored the highest now have a berth in the 2022 World Games in Birmingham, Alabama.
By Abigail Klein Leichman December 13, 2021
Facebook
Twitter
Linkedin
Email 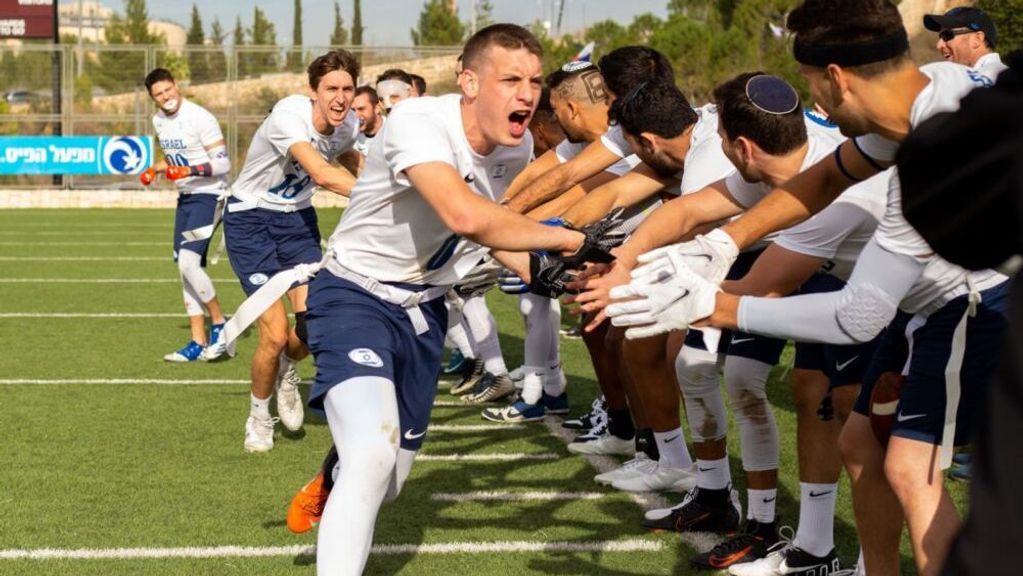 The United States dominated the Flag Football World Championships held recently in Jerusalem, with Team USA finishing first in both the men’s and women’s divisions.

“I’m extremely proud of our women coming together,” said U.S. Women’s National Team head coach Chris Lankford said. “They were dedicated to the mission at hand, and they succeeded.”

The eight teams that scored the highest in both the men’s and women’s divisions now have a berth in the 2022 World Games in Birmingham, Alabama from July 7 to 17 — the first time flag football is to be included.

Defending champions the United States earned the top spot in Group A after four consecutive wins.

Panama won Group B, Italy was the Group C winner, and Mexico triumphed in Group D.

Nearly 900 players, coaches and officials gathered for the event, which kicked off in Jerusalem’s Kraft Family Sports Campus and finished at Teddy Stadium. Israel did not advance to the finals.

“I am proud to bring an international football championship to Jerusalem, Israel’s capital,” said Steve Leibowitz, president of American Football in Israel, the official government-recognized federation.

Scott Hallenbeck, CEO and executive director of USA Football and IFAF vice president, said this was the first time Israel hosted and won’t be the last.

“We had the largest number of countries and teams, more than double the number that participated in the last tournament,” Hallenbeck said. “This tournament is an excellent steppingstone to future international competitions, including the Olympic Games.”

“Flag is the fastest growing format of the game, not only in Great Britain, but across the world, where professional leagues such as the American Flag Football League and the newly established NFL Flag are starting to spring up,” states the British American Football organization. “It is a high-octane, non-contact version of American football, where tackles are made by pulling off flags which all players wear on their hips.”