New study says it was not caused by a meteorite strike on Earth. 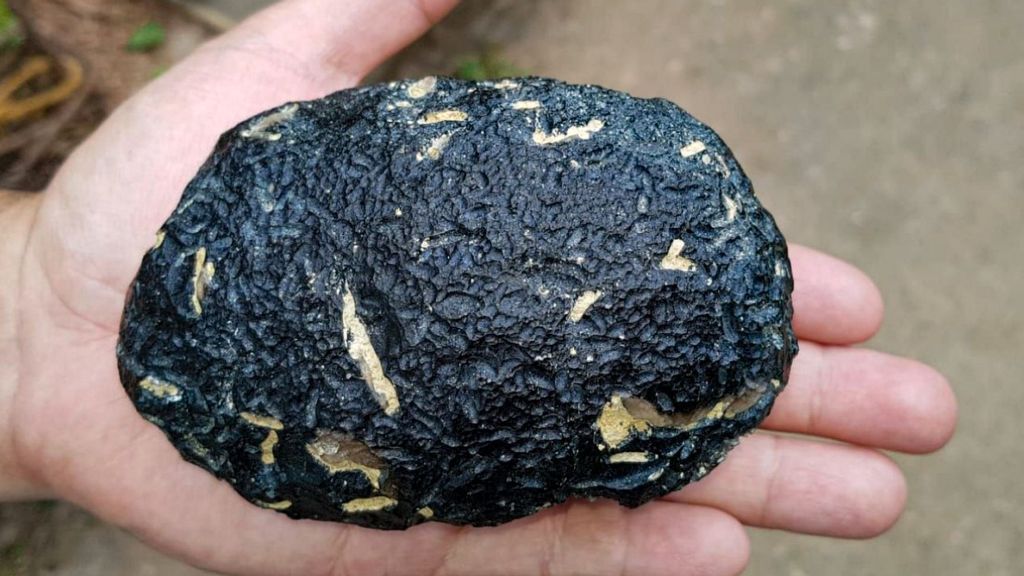 The unusual Cali glass from Colombia is of volcanic origin, according to the latest research. (A. Crosta/Zenger)

New research has proved that Alexander von Humboldt was right in a claim he made nearly 200 years ago about the volcanic origin of the so-called Cali glass.

The Cali glass is a potato-shaped black lump of glass slightly smaller than the size of an average open hand found near the city of Cali in western Colombia.

Alexander von Humboldt, who was an eminent German geographer, first described the object in 1823, believing it to be of volcanic origin.

His hypothesis stood until the early 20th century, when doubt was raised by the theory that the material was actually tektite, glass formed from terrestrial debris ejected during meteorite impacts.

The two theories stood side by side with the true origin of the Cali glass remaining unsolved until now.

New research by a team of Austrian, Brazilian and Colombian scientists led by Ludovic Ferriere, curator of the meteorite collection at the Natural History Museum Vienna, has proved that Humboldt was right all along.

“Von Humboldt was right from the start about the origin of this glass,” Ferriere said in a statement from the museum.

“Our results also suggest that other unusual glass occurrences, for which a meteorite impact origin has been suspected but not fully proven, should be reexamined using the same methodology we have used.”

The international team used a multi-method approach that purports to distinguish between different glass formation modes to establish that the Cali glass is indeed of volcanic origin.

The most common form of naturally occurring glass on Earth is volcanic glass, or obsidian, formed when lava flowing out from a volcano cools rapidly with minimal crystal growth.

Fulgurites, formed when lightning discharges into the ground, and impact glass, formed during meteorite impact events, are said to be much rarer.

It is only now that Humboldt’s claim has been proven because distinguishing between different forms of naturally occurring glass on Earth is considered challenging. The study was published in the scientific journal Geology.

Humboldt, who was born in Berlin when it was part of the Kingdom of Prussia, conducted quantitative work on botanical geography that laid the foundation for the field of biogeography.

He was one of the first to propose that the continents bordering the Atlantic Ocean, notably South America and Africa, were once joined.

More pertinently to the present, he is believed to have been the first person to describe manmade climate change, in 1800 and also in 1831.