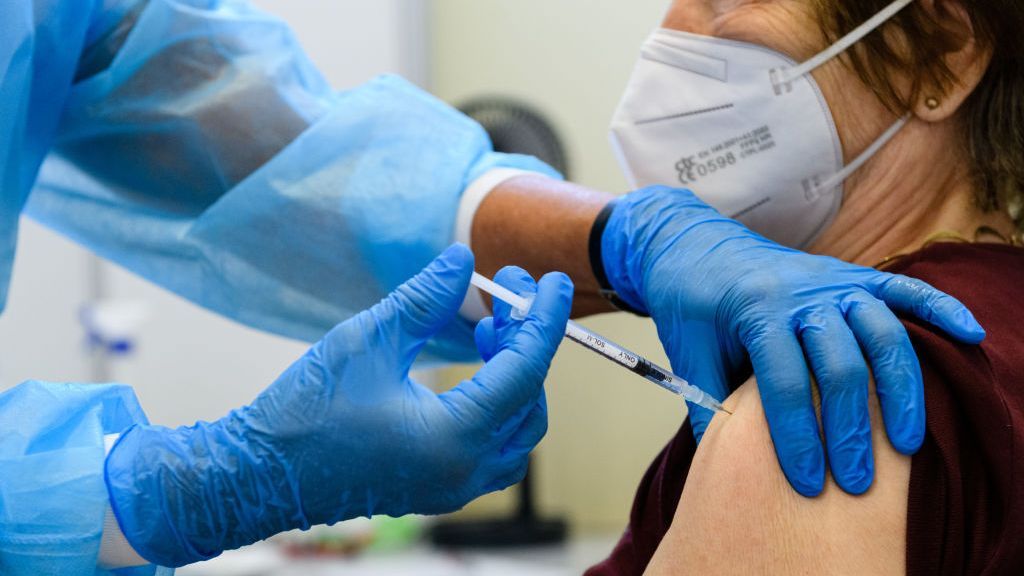 “There is significant protection from the booster dose. It is lower than the neutralization ability against the Delta – about four times lower — and against the wild type, but we are very optimistic,” said Dr. Gili Regev-Yochay, director of the Infectious Disease Epidemiology Unit at Sheba Medical Center. (Jens Schlueter/Getty Images)

Two full doses of the Pfizer-BioNTech COVID-19 vaccine are not effective at all against the Omicron variant of the coronavirus, but a third “booster” shot helps, said Dr. Gili Regev-Yochay, director of the Infectious Disease Epidemiology Unit at Sheba Medical Center, at a Dec. 11 press conference.

In cooperation with the Health Ministry’s Central Virology Lab at Sheba, the study compared blood work from 20 Sheba healthcare workers who received two doses five or six months ago (but not a third dose) with another 20 who received the booster one month ago.

“We compared the ability to neutralize the Omicron from these sets of bloods, and we have good news and bad news,” said Regev-Yochay.

“The bad news is that people who received the second dose five or six months ago do not have any neutralization ability whatsoever against the Omicron, while they do have some against the Delta and much more, even, against the wild [original] type,” she said. “That is very worrisome.”

The good news: The booster dose increases protection against Omicron about a hundredfold.

“There is significant protection from the booster dose. It is lower than the neutralization ability against the Delta – about four times lower — and against the wild type, but we are very optimistic,” she said.

“We still don’t know whether this will decrease with time, and we’ll have to check that,” Regev-Yochay said.

She also does not know whether people inoculated with two doses less than five months ago have immunity against the Delta variant.

The results of the small study are to be peer reviewed and published soon, and they are similar to findings presented by Pfizer and BioNTech earlier in the week.

In response to the Sheba results, Israel’s Health Ministry reportedly is considering a recommendation to get a third dose only three months after the second.

“It looks like with Omicron there is a chance that people with the booster could get infected, but have much less chance of getting seriously infected,” Regev Yochay said.

It was Nov. 26 when the World Health Organization designated the SARS-CoV-2 coronavirus variant B.1.1.529 a “variant of concern” and named it Omicron after the 15th letter of the Greek alphabet.

Thought to have originated in South Africa, Omicron is spreading internationally even while the Delta variant is still making people sick with COVID-19.

The World Health Organization reports that it is coordinating with researchers around the world to better understand Omicron.

“Studies currently underway or underway shortly include assessments of transmissibility, severity of infection (including symptoms), performance of vaccines and diagnostic tests, and effectiveness of treatments,” the organization said.

As of early December, Israel had identified only a handful of infections caused by the new strain.