JaVale McGee continues to show why he’s a perfect fit for the Phoenix Suns on and off the floor. 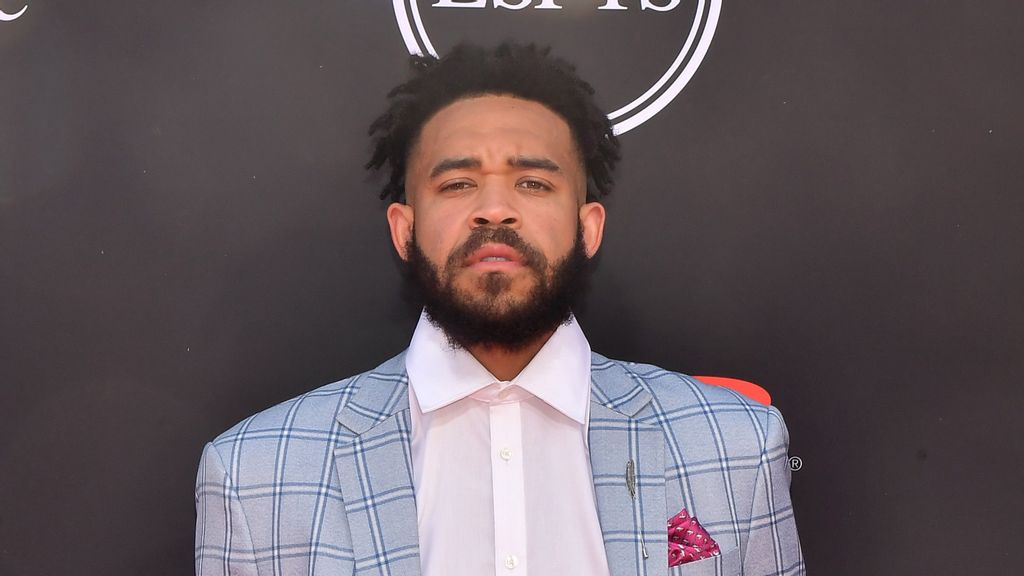 How different would the Finals have turned out if the Suns had a player like JaVale McGee? (Matt Winkelmeyer/Getty Images)

In the final four games of the 2021 NBA Finals, Giannis Antetokounmpo realized that if Deandre Ayton couldn’t stop him, it was game over for the Phoenix Suns. The Finals MVP led the Bucks to four wins in a row and they clinched their first championship in 50 years thanks to Antetokounmpo’s interior dominance.

How different would the Finals have turned out if the Suns had a player like JaVale McGee who could provide spot minutes in those situations? After Phoenix lost Dario Saric with a torn ACL in Game 1, the Suns’ lack of big-man depth was exposed.

After another strong performance by the Suns’ newest backup center on Friday night against the Boston Celtics — 21 points, 15 rebounds, 2 blocks in 26 minutes — McGee had the same thought postgame.

“If I would’ve gotten traded here instead of Denver, we probably would’ve won,” McGee said after the Suns’ 111-90 win on Friday where he started in place of Ayton (non-COVID illness).

The Suns needed to find a replacement for Saric, who will likely be out for the entirety of the 2021-22 season. In free agency, McGee was the most obvious fit for multiple reasons. Not only was he cheaper than other options like Nerlens Noel, the three-time NBA champion excels in the role that Phoenix consistently deploys.

Throughout McGee’s career, he’s been an excellent finisher in pick-and-roll situations, consistently grading in the plus-90th percentile as a roll man. In Phoenix, McGee would be spoon-fed the easiest scoring opportunities of his career from future Hall-of-Fame point guard Chris Paul.

So far, it’s looking like Suns GM James Jones found a massive bargain in McGee. He is averaging 10.5 points, 7.3 rebounds and 1.6 blocks per game while only logging 15.9 minutes per game. Thanks to his simplified role catching lobs from Paul, McGee is shooting a career-best 65.7% from the field in his 13th season.

When you extrapolate McGee’s stats per-36 minutes and per-100 possessions, it’s clear just how perfect of a fit he is for the Suns:

Incredibly enough, only two bigs this season are averaging at least 30 points and 20 rebounds per 100 possessions: Nikola Jokic and McGee.

Before landing in the Valley, McGee’s career was topsy-turvy rollercoaster ride. After playing an integral role on championship teams like the Golden State Warriors and Los Angeles Lakers, McGee was logging DNP-CDs in last year’s playoffs with the Nuggets.

Now, he’s stepping up when called upon and leading one of the best teams in the NBA to blowout victories. Suns head coach Monty Williams continues to be blown away by McGee.

“I thought him not even knowing that he was going to start today, to be able to play with that kind of energy [was impressive]. Defensively too, I thought he was a presence in the paint, distracting shots,” Williams said of McGee. “And he’s so stinking long, when you see a guy in the paint like that, it can deter you from trying to attack. But that kind of production, when you don’t even know you’re going to play that many minutes, says a lot about his approach to the game, his teammates. trusting him.

“We needed it. We’re down five rotation guys. And then the defense tonight, and it was anchored by him and our guards, Mikal (Bridges)… But to your point, JaVale was the catalyst tonight. His pressure on the rim on both ends of the floor really helped our team.”

After another impressive performance, McGee deflected attention away from his individual accolades and focused more on how easily he was set up by his teammates, a regular occurrence within Williams’ “0.5” offensive system.

“If anything it’s my teammates putting me in the right places and coaching staff running the right plays,” McGee said. “It’s just a lot of things for this team that work for the center position, if you’re doing it the right way. I pride myself on being extremely efficient with the minutes they give me, so I just feel like this season, I’m definitely trying to get my efficiency level to the highest possible point.”

When the Suns enter into the playoffs for the second consecutive season after missing the big dance for 11 years in a row, McGee’s championship pedigree and production within his role will be integral to the Suns as they attempt to return to the NBA Finals.

McGee saw from afar how locked in the Suns were as they tried to achieve the NBA’s ultimate goal. What attracted him to the Valley was the opportunity to help them win their first championship in franchise history. With the way McGee is playing, his $5 million salary is a massive bargain considering the veteran leadership, championship experience and efficient, two-way production he provides.

“I definitely bring championship experience. I’ve been there and won it. I’m undefeated in the Finals,” McGee said. “It’s just a challenge through the whole season to stay locked in, and I try to bring that energy every game, every practice. Every day they see me, I try to bring that great energy to the guys. Some guys have a bad history of being a cancer to a team, or they didn’t play well this game or they didn’t play a lot this game and that’ll change their whole mood; I’m not that guy. I’m the same way. If you ask any of my teammates, any of the coaching staff of any team I played for, [they’ll tell you that] too.”