Nearly all U.S. Holstein cattle are descended from just two bulls, both born in the 1960s. 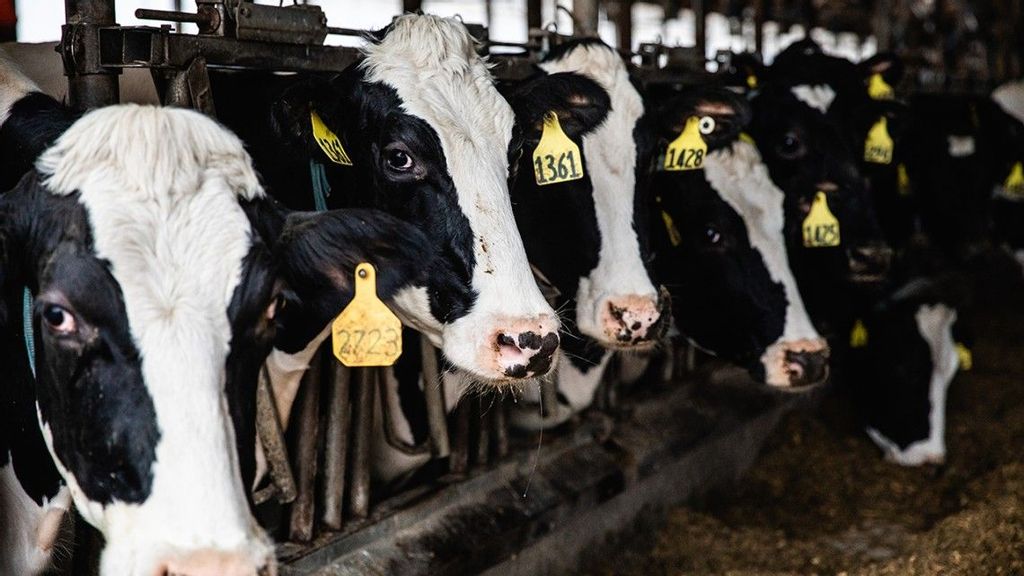 Almost all Holstein cattle in the U.S. today, which provide milk and beef products in North America and elsewhere, are descended from just two bulls. (Allison Usevage/Cornell University)

After just a few years, the Holstein-Sahiwal cross exhibited more and more Holstein genetic traits. But the cows showed less and less resistance to disease such as mastitis while suffering from parasites that the native Sahiwal breed had tolerated. In just 10 years, the Indian farmer was bankrupt.

Today, Vimal Selvaraj, nephew of that farmer, is working to preserve the genetic diversity of fast-disappearing native cattle breeds via gene banking, and his lab has made a breakthrough that will enable long-term storage and reproduction of cattle stem cells. Those cells could be used in the future to clone breeds that have gone extinct or that have been so heavily crossed with other breeds that they’ve lost their strongest traits.

“This extreme focus on milk-production traits has had beneficial impacts, but it has had collateral damage as well,” Selvaraj, a Cornell University animal science professor, said. “Animal production is driven by industry, and industry is driven by profit. Many people are thinking two to three years ahead, not 20 years ahead.”

The United Nations has taken notice of the decline of native livestock breeds, reporting that nearly 100 livestock breeds went extinct between 2000 and 2014. And another 17 percent of livestock breeds are at risk of extinction. The loss of genetic diversity endangers milk and meat supplies should livestock face climate change and diseases they do not tolerate.

To preserve native cattle breeds via gene banking, Selvaraj and colleagues have uncovered technology, described in a study published in Biology Open, that allows long-term storage and reproduction of cattle stem cells. In the future, stem cells could be used to clone cattle breeds that have become extinct or so heavily crossed with other breeds that they’ve lost strong characteristic traits.

Dairy farmers traditionally kept bulls with desirable characteristics to impregnate cows, which must have calved to be milked. But for the last 40 years, American farmers switched to artificial insemination to choose semen from superior bulls from across the continent. Because farmers sought the same characteristics, 99 percent of Holstein cattle in the U.S. are now descended from just two bulls that were born in the 1960s.

“If a new disease or organism suddenly comes in and if the animals are extremely susceptible — and they are more or less homogeneous — then we have a very, very serious problem on our hands,” Selvaraj said.

Selvaraj wants to see a global livestock stem-cell repository established that would preserve essential genomes. Both the United Nations and the American Veterinary Medical Association support the idea.

While the United States and more than 60 other countries have genome banks of some kind, they are composed of frozen bull semen. Selvaraj applauds the effort but says that a stem cell bank is preferred. Stored semen provides only half the required genome and requires crossbreeding with a living cow while stem cells can clone a purebred native breed.

Even though previous attempts to generate cattle stem cells were less than successful, Selvaraj said, he and the study’s co-authors identified the best pathways for processing stem cell self-renewal and the conditions needed by sequencing gene expressions in approximately 400 cattle blastocyst embryos.

“Using stem cells, you can preserve the full genome and then regenerate the animal at any future point in time,” Selvaraj said. “Stem cells undergo self-renewal and are immortal, so you can use some and refreeze them. This provides an inexhaustible store that you can use into the future.”