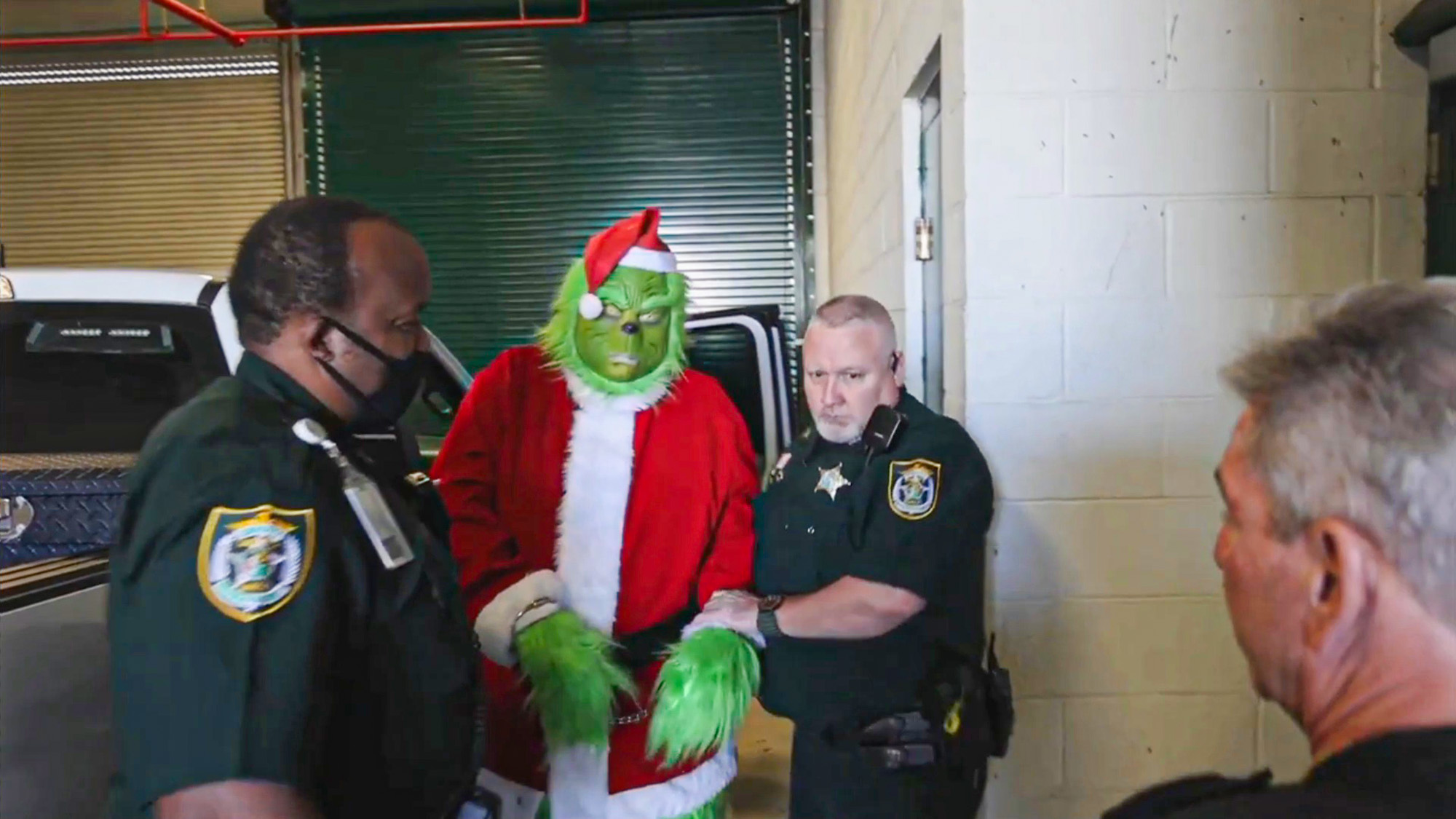 The Grinch got his day in court in a tongue-in-cheek exercise meant to teach a lesson to schoolchildren in Florida.

Video posted by the Indian River County Sheriff’s Office shows the Grinch, dressed as Santa, being escorted by several sheriff’s deputies into the county courthouse for arraignment before Judge Nicole Menz.

In “The State of Florida vs. Mr. Grinch,” as the state’s attorney says with a straight face, the Grinch is “charged” with burglary and theft.

The Grinch pleads “insanity” while children watching the proceedings giggle.

The Grinch, a fictional character created by Dr. Seuss, is known from the popular 1957 children’s book “How the Grinch Stole Christmas!” The character was also the subject of the 2018 film “The Grinch.”

The video shows a person outfitted as the Grinch standing with head bowed before the judge.

The judge manages to keep a straight face while she berates the Grinch for “trying to stop Christmas.”

The judge then asks the Grinch how he wishes to plead to burglary and theft, as well as to trying to stop Christmas for all the children present. The Grinch replies “not guilty.”

The judge then asks the Grinch if he wants to have a trial, and he replies that he does, leading the judge to ask him if he really “wants his fate in the hands of all these children.”

The Grinch replies: “These are my people, they love me.”

The judge then asks a girl, introduced as Cindy Lou Who (another character from the book), the “victim of this crime,” whether she loves the Grinch.

Smirking, she shakes her head, indicating that she does not love the Grinch, causing the Grinch to boo her as the other children laugh.

The judge then asks the defendant how he wishes to plead again. This time he replies “guilty.”

The judge then says that she would usually sentence the defendant at this point, but because the Grinch was trying to ruin Christmas for the children in the courtroom, she delegates the responsibility to them.

“Who thinks that we should show Mr. Grinch mercy?” she asks the children.

Some of the children then raise their hands and say “aye.”

“Who thinks we should send Mr. Grinch to jail?” the judge says.

A far greater number can be heard saying “aye.”

The judge finds the Grinch guilty of both theft and burglary, and “most importantly” of trying to ruin Christmas.

She says that she will release him from prison on Christmas Eve, “because you can’t stop Christmas.”

The video comes after the sheriff’s office released footage of the Grinch’s “arrest” for stealing toys.

«Previous Post
VIDEO: Hull Of A Crash: Giant Chinese Cargo Ship Runs Aground In Massive Storm»Next Post
VIDEO: Under Fire: Gunman Who Held Police At Bay In Standoff Died In His Burning Home