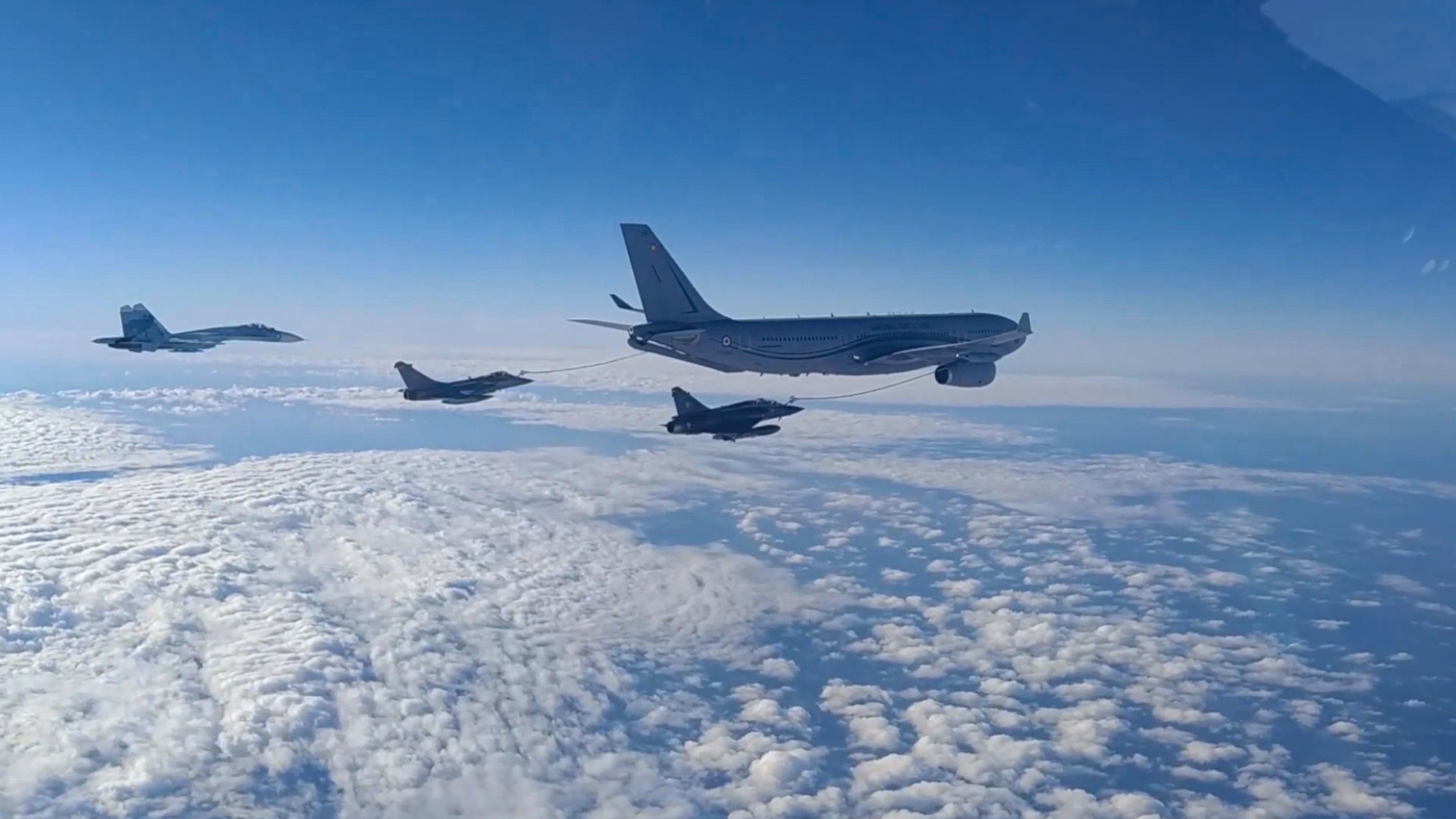 Russia said three of its fighter jets intercepted U.S. and French aircraft over the Black Sea on Dec. 9 that were about to encroach on its borders. However, French officials said no such intrusion was in the offing and U.S. was silent about the encounter as of this posting.

The Russian Ministry of Defense shared footage and its version of the encounter on social media the following day.

“To identify the air targets and prevent violations of the State Border of the Russian Federation, three Su-27 fighters from the air defense forces of the Southern Military District were sent into the air.

The Su-27 fighter jets escorted the foreign military aircraft across the Black Sea before returning to the base, the ministry said.

“The flights of the Russian fighter jets were carried out in strict accordance with international rules for the use of airspace over neutral waters without crossing air routes, and dangerous rapprochement with aircraft of foreign states.”

After the incident, Russia’s National Defense Management Center said “the state border of the Russian Federation was not violated.”

While French authorities confirmed that it carried out aerial missions in the area on Dec. 8 and 9, it said they were staged within international law and its aircraft did not head toward the Russian border. France also said that the Russian pilots acted professionally.

The U.S. did not release any reaction related to Russia’s version of the encounter, which is the latest of several such airborne incidents in the region.

Last month, Russia sent two supersonic Tu-22M3 bombers into Belarusian airspace in a show of support for their neighbors amid rising tensions on the border with Poland.

Belarusian President Alexander Lukashenko is accused of encouraging migrants, mainly from the Middle East, into his country only to send them into Poland in an alleged attempt to provoke a migrant crisis in Europe.

Russia has also been building up troops on its border with the Ukraine.

A two-hour video call between U.S. President Joseph R. Biden Jr. and Russian President Vladimir Putin took place on Tuesday, but no substantive issues or disagreements were settled during that session.