“If you can do something like this to an animal, you could do it to a human,” sheriff says.
By Joseph Golder December 9, 2021
Facebook
Twitter
Linkedin
Email 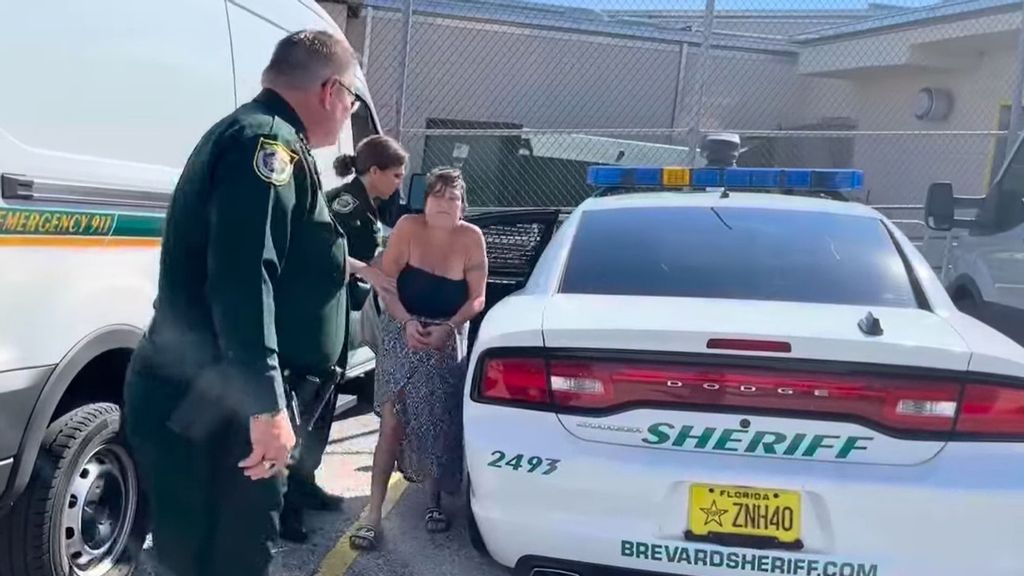 Video shows a woman accused of stabbing her husband’s dog to death being escorted into jail by a Florida sheriff who said he was “disgusted by the actions of this individual.”

“Sherry Ann White stabbed ‘Jake’ at least nine times and then awakened her husband to tell him she had killed his dog. As I have always said… if you can do something like this to an animal you could do it to a human.” Brevard County Sheriff Wayne Ivey said in the video before he and an agent walked White to the Brevard County Jail.

The video was posted online on Dec. 8.

“I am disgusted by the actions of this individual who stabbed her husband’s innocent dog to death because she was angry at her husband,” Ivey said.

During the press conference outside the jail, Ivey displayed photos of the dog and a knife allegedly used to stab the animal, and call the incident “sickening.”

He said the fatal stabbing occurred as a result of an argument between White and her husband, who was not named.

“The two spouses were engaged in an argument. The husband went to bed. He was awakened later in the night by his wife telling him that she had stabbed his dog,” the sheriff said.

He said White was arrested on charges of aggravated animal abuse and animal cruelty, and that her bond was “sadly only $2,000.” The sheriff then vowed to work with legislators “to make sure that this changes.”

The sheriff said White had showed “no remorse” and that she had awakened her husband saying, “I stabbed your dog because I was mad at you.

“He did everything he could to save the dog’s life, he and a friend that he called. So I’m going to put her right where she belongs. Agent [Jennifer] Straight and I are going to walk her into jail.”

The two law enforcement officers then walk over to a parked police car. Straight assists the woman, who is in handcuffs, from the car and walks her toward the jail as the sheriff tells her: “You should be ashamed of yourself, to take it out on a helpless animal because you were angry at your spouse. It’s disgusting.”

The door to the jail is then buzzed open and Straight and the suspect walk inside.

The sheriff then turns to the camera and says, “If you hurt an animal in Brevard County, you’re going to jail. You do this, you deserve to spend the rest of your life in jail. This is pathetic. This is disgusting, to take it out on an innocent animal because you’re mad at your spouse.”