The culprit may be compounds such as nicotine altering the gut’s bacterial composition and, consequently, the body’s metabolism. 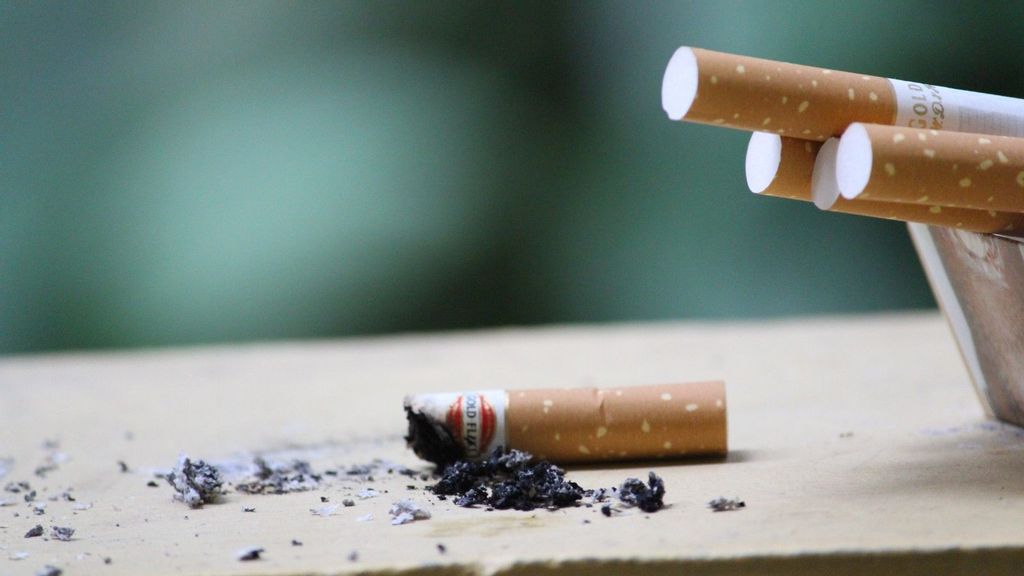 Researchers say weight-modulating compounds released by gut microbes may be responsible for the pounds put on by smokers after they quit the habit. (Basil MK/Pexels)

It’s estimated that more than a billion people smoke cigarettes despite its role in causing disease. Recent studies have shown that 70 percent of smokers are interested in quitting but are concerned that they will gain weight.

For years, the cause of weight gain as the result of quitting smoking has been unclear. In a recent study published in Nature, Weizmann Institute of Science researchers say the culprit may be weight-modulating compounds released by gut microbes.

The researchers found that mice regularly exposed to cigarette smoke failed to gain weight, despite consuming a diet high in fat and sugar. When the smoke exposure stopped, the mice rapidly gained weight. But when the mice were given broad-spectrum antibiotics that depleted their microbiome, they gained much less weight after undergoing smoking cessation, staying slim for months regardless of their diet.

The scientists believe that smoking-related compounds such as nicotine penetrated the gut of the smoke-exposed mice, altering the gut’s bacterial composition and, consequently, the body’s metabolism.

They also assessed the microbiomes of 96 smoking and nonsmoking people. They found marked alterations in the microbiome of smokers, as well as microbial metabolite changes similar to those found in the smoke-exposed mice.

“Our findings exemplify how the host and microbiome act as partners in regulating weight and metabolism,” said immunologist professor Eran Elinav, who headed the research team.

“The compounds we have identified may lead to new treatments that will help people avoid weight gain when quitting smoking. Moreover, these compounds may be further developed into therapies to fight obesity even among nonsmokers.”

In another development related to smoking, which is the number one risk factor for lung cancer, a group of American scientists has developed an artificial intelligence blood testing technology to detect lung cancer.

In samples from nearly 800 individuals with and without cancer, more than 90 percent of lung cancers were detected by a novel artificial intelligence blood-testing technology developed by researchers at Johns Hopkins Kimmel Cancer Center.

The test approach, called DELFI (DNA evaluation of fragments for early interception), spots unique patterns in the fragmentation of DNA shed from cancer cells circulating in the bloodstream.

Using this technology to blood samples taken from 796 individuals in Denmark, the Netherlands, and the United States, investigators found that the DELFI approach accurately distinguished patients with and without lung cancer.

The results were published in the August issue of the journal Nature Communications.

“It is clear that there is an urgent, unmet clinical need for the development of alternative, noninvasive approaches to improve cancer screening for high-risk individuals and, ultimately, the general population,” said lead author Dimitrios Mathios a postdoctoral fellow at the Johns Hopkins Kimmel Cancer Center.

Lung cancer is the most common cause of cancer death, claiming almost 2 million lives worldwide each year.