Gut You! Drugs Trafficker Seized With A Kilo Of Cocaine Stuffed In His Stomach 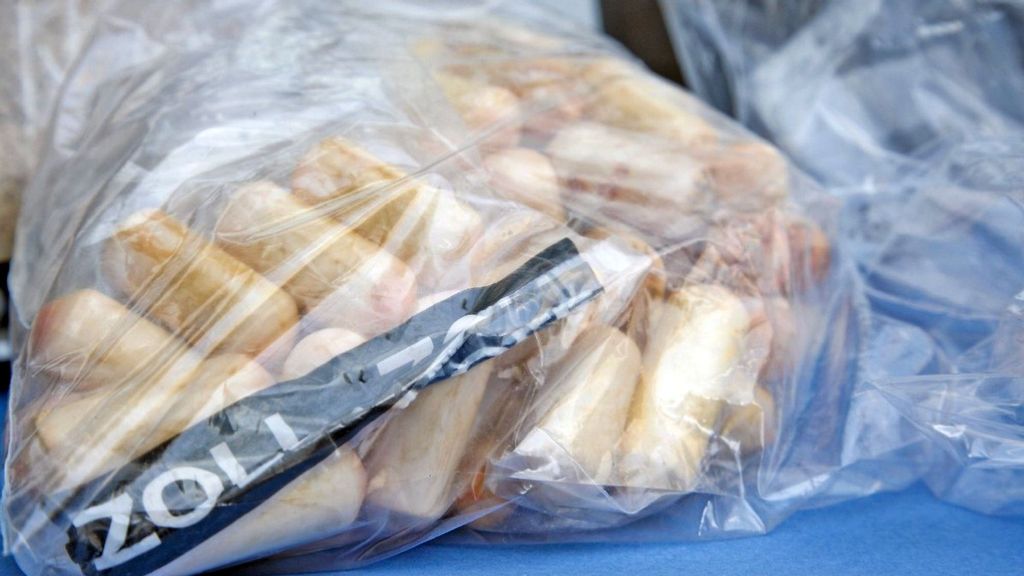 More than 70 packets of cocaine were discovered in the gastrointestinal tract of a man traveling across Germany on a bus. (Main Customs Office Cologne/Zenger)

German customs officials busted a Nigerian man traveling across Europe by bus after an X-ray revealed that he had swallowed more than a kilogram (2.2 pounds) of cocaine to smuggle it across the border.

The suspect, who was not named, was arrested in the town of Bad Honnef in the western state of North Rhine-Westphalia, when Cologne customs officers inspected a coach taking passengers across the continent.

The bus was going from the Belgian capital Brussels to Croatia via Cologne and Munich, when customs officers searched it on Nov. 26, according to the police, who released a statement about the arrest on Dec. 6.

They said that they noticed the 39-year-old Nigerian man while they were checking all passengers and their luggage.

“Due to contradicting information about his multi-day trip, his nervous behavior and the noticeably small amount of luggage, a drug wipe test was carried out on the palms of the hands and reacted positively to cocaine,” customs officials said.

The man was then taken to hospital for an X-ray, which “ultimately confirmed our suspicion,” customs officials said.

“The man’s entire gastrointestinal tract was full of drug packs, so-called body packs. After the drugs had been eliminated, it was clear that the man had 72 of these body packs, each weighing just under 14 grams (a half-ounce) of cocaine, which he had swallowed.

“More than a kilogram of cocaine hidden in the body is a new, sad record for us. The risk of body smuggling is enormous. If only one package opens in the body, the man’s life can no longer be saved,” said Jens Ahland, spokesman for the main customs office in Cologne.

After his arrest, the suspect was handed over to the customs investigation office in the nearby city of Essen.

Drug trafficking across Germany is an ongoing problem. In February, authorities in Germany and Belgium seized more than 51,000 pounds of cocaine. A cocaine smuggling ring transporting tons of drugs to Europe from South America, according to police, was intercepted at the end of November.

According to a Federal Criminal Police Office survey German authorities have so far seized 16 tons of cocaine in 2021. This was more than three times the five tons seized in 2018.

The highest rates of cocaine usage in Europe in 2020 were recorded in the United Kingdom, Spain, and the Netherlands, according to the European Monitoring Centre for Drugs and Drug Addiction.