Enes Kanter Freedom clarified recent comments he made on Fox News, saying he would never tell athletes not to use their platform. 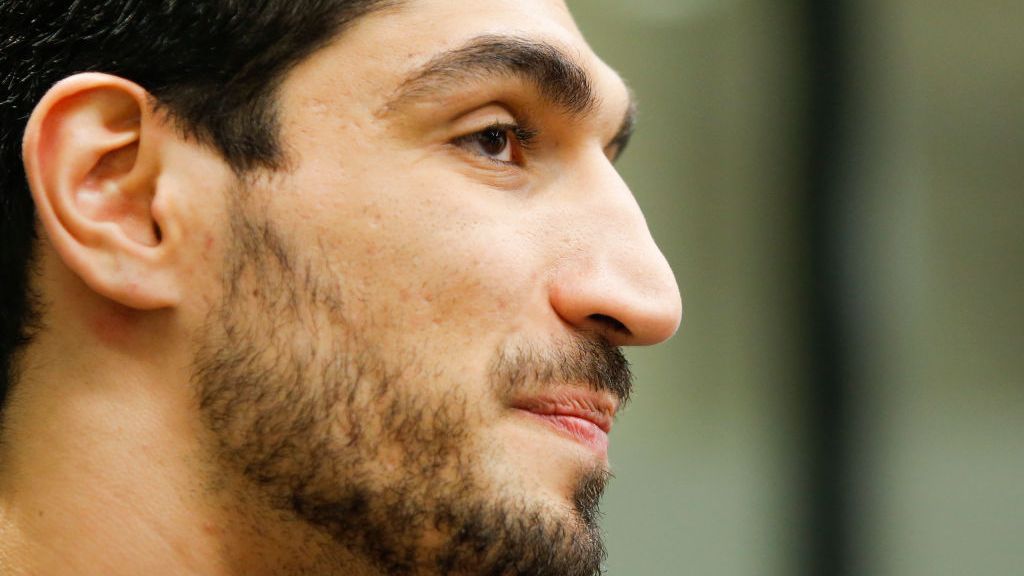 Enes Freedom, formerly known as Enes Kanter, clarified some of the comments he made during an interview by Fox News' Tucker Carlson. (Eduardo Munoz Alvarez/Getty Images)

Enes Freedom, formerly known as Enes Kanter, joined BasketballNews.com’s own Etan Thomas on “The Rematch” and was given a chance to clarify some of the comments he made during an interview by Fox News’ Tucker Carlson, in which he said:

“People should feel really blessed and lucky to be in America. They love to criticize it, but when you live in a country like Turkey or China or somewhere else, you will appreciate the freedoms you have here. I feel like they should just keep their mouth shut and stop criticizing the greatest nation in the world and they should focus on their freedoms and their human rights and democracy.”

These comments rubbed many the wrong way, as it came just days after Enes had changed his last name to ‘Freedom.’ These comments also drew comparisons to Laura Ingraham telling LeBron James to “shut up and dribble” not too long ago, which lit a fire under all athletes across all sports.

On BasketballNews.com’s “The Rematch,” Freedom was asked about these comments and offered some clarification.

“I stand for freedom. I would never tell an athlete or a human being or a celebrity to not use their platform,” he said. “The greatest thing we have is freedom of speech, and the amazing thing we have is the platform.”

This is very different from what Freedom said last week, so perhaps he did not mean for what he said last week (or didn’t mean for it to come off the way it did). Freedom said he is hoping to meet with LeBron, so he can “educate” him on how to use his platform for good, but James seems uninterested in doing that, as he expressed after the Lakers’ loss to the Celtics in Boston a few weeks ago.

“I don’t give too many people my energy. He’s definitely not someone I would give my energy to,” James said. “He’s trying to use my name to create an opportunity for himself. I definitely won’t comment too much on that. He’s always had a word or two to say in my direction, and as a man, if you’ve got an issue with somebody, you really come up to him. He had his opportunity tonight. I saw him in the hallway, and he walked right by me.”

Watch the full conversation between Enes Kanter Freedom and Etan Thomas on “The Rematch” here.