Given a shortage of boars, a hungry tiger targeted local dogs before if was trapped and released back into the wild. 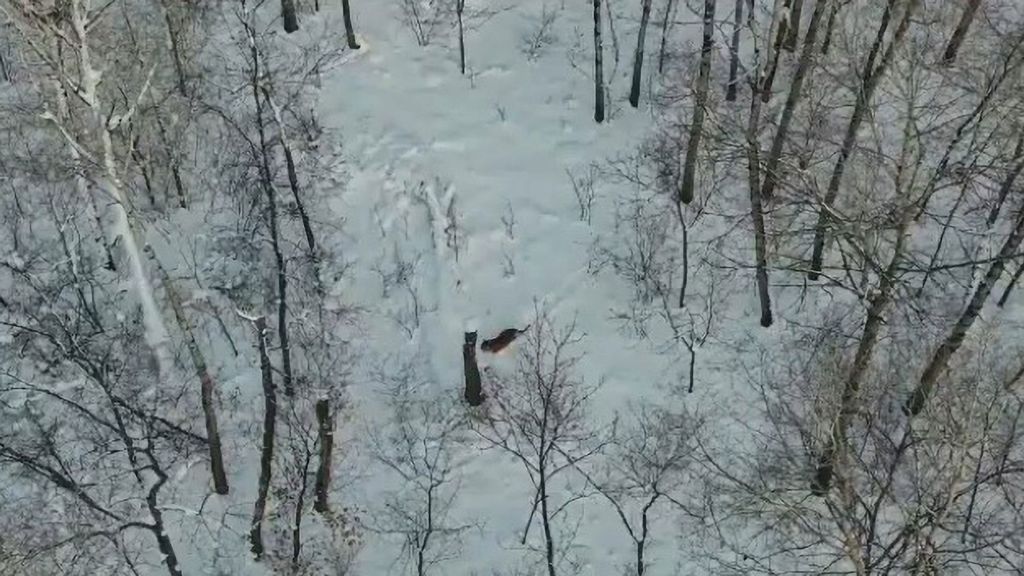 A starving tiger killing local pets and stray dogs has been captured and given a GPS collar before being released back into the wild.

The tiger had been terrorizing a remote Russian village for two weeks and ate at least seven pets before it was caught. Authorities acted because of the danger to people, as well as smaller animals.

They said the tiger hunted stray dogs in landfill sites in the Pozharsky district of Nagornoye, Russia, before moving on to pets and tearing through dogs from private homes. A tiger can consume more than 80 pounds of meat at a time, according to the World Wildlife Fund.

The tiger, identified as a 2- to 3-year-old male, was caught on Dec. 4 before being returned to the wild. It was also fitted with a GPS transmitter, so authorities could monitor the animal.

The Amur Tiger Center said: “The tiger was examined and, without finding any injuries, the very next day was returned to the wild in the vicinity of the Call of the Tiger National Park.”

Alexei Surovy, first deputy minister of Forestry and Wildlife Protection of the Primorsky Territory, said: “Permission for the forced removal of the tiger from its natural habitat was requested from Rosprirodnadzor [The Federal Service for Supervision of Natural Resources] in order to ensure the safety of both the population and the tiger itself.”

He said the decision was made after “the tiger began to behave too defiantly.”

Staff at the Amur Tiger Center said local tigers do not have enough food in the forest. Due to the low number of wild boars, they have been forced to hunt other animals. They also eat elk, bears and deer.

A large amount of snow in the area forced the animals to move closer to the fields, which are usually located next to settlements.

The tiger was not afraid of the locals and would wander around the village day and night.

Amur tigers, also known as Siberian tigers, are listed as endangered on the International Union for the Conservation of Nature’s Red List of Endangered Species. They are the world’s largest cats and average 11 feet in length. Male Siberian tigers can weight up to 700 pounds, while females can weigh up to 400 pounds.

The World Wildlife Fund reports tiger populations are stable or increasing in India, Nepal, Bhutan, Russia and China. An estimated 3,900 tigers remain in the wild.