Despite being tangled in discarded rope, an endangered right whale nurtures her newborn calf. 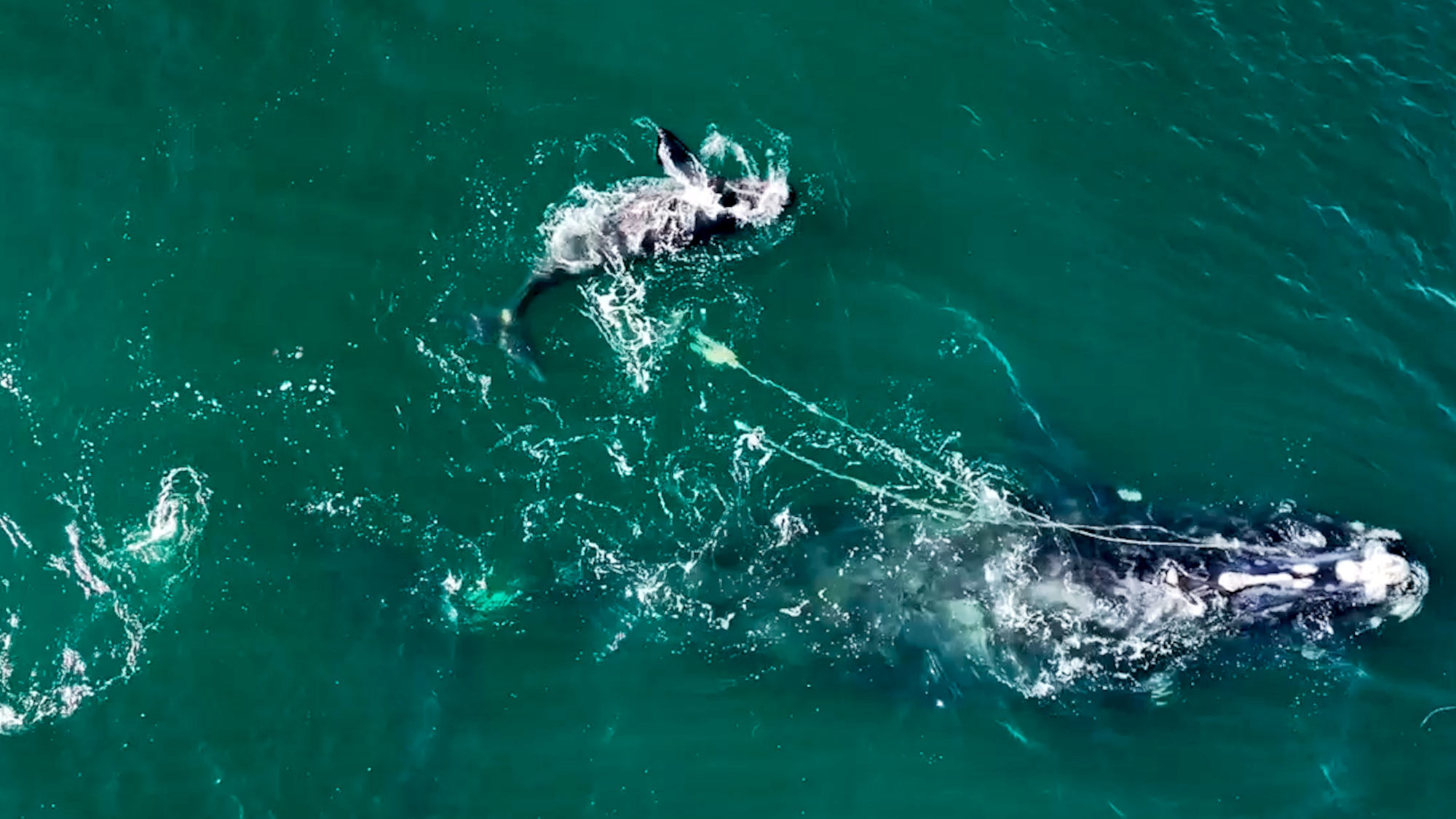 A right whale entangled in fishing gear for almost a year has been spotted off the coast of Cumberland Island in Georgia on Dec. 2. (Georgia Dept. of Natural Resources - Wildlife Resources Division/Zenger)

An endangered mother whale that has been tangled up in a rope for months, yet gave birth to a new calf.

The Georgia Department of Natural Resources said the black whale, also known as a right whale, and dubbed Snow Cone by the agency, was first spotted in March 2021 in Cape Cod, Massachusetts.

At the time, “several disentanglement attempts were made” and the rope trailing behind Snow Cone was “successfully shortened.”

The footage with her calf was shot about 10 nautical miles off Cumberland Island, a barrier island on the state of Georgia’s southeastern coast on Dec. 2.  It was shot by a Florida Wildlife Commission aerial survey team.

It shows the baby whale appearing healthy and uninjured, swimming beside its mother. This is the second black whale calf to have been spotted in the Atlantic Ocean this year.

The Georgia Department of Natural Resources said the new calf was not entangled, “but has been observed swimming in, through and around the ropes. General opinion is they are short enough that the calf likely won’t become entangled if everything remains as is.”

The department said it did not believe the entanglement was “immediately life-threatening,” but would monitor the situation.

Only the southern black whale is listed as a species of least concern on the International Union for Conservation of Nature’s Red List of Endangered Species. The other two are listed as critically endangered and endangered, respectively.

The Georgia Department of Natural Resources said: “Vessel strikes and entanglement in fishing gear, like lobster and crab pots, are major threats to North Atlantic black whales, which are critically endangered.”

The latest estimates suggest there are less than 350 North Atlantic black whales remaining, according to the National Oceanic and Atmospheric Administration.

The number of new calves born in recent years has been below average. Females give birth to a single calf after a year-long pregnancy. On average, they have calves every six to 10 years. Biologists believe the stress caused by entanglement is one reason for the lower birth rate.

Right whales, which can live 70 years, migrate seasonally and may travel alone or in small groups.