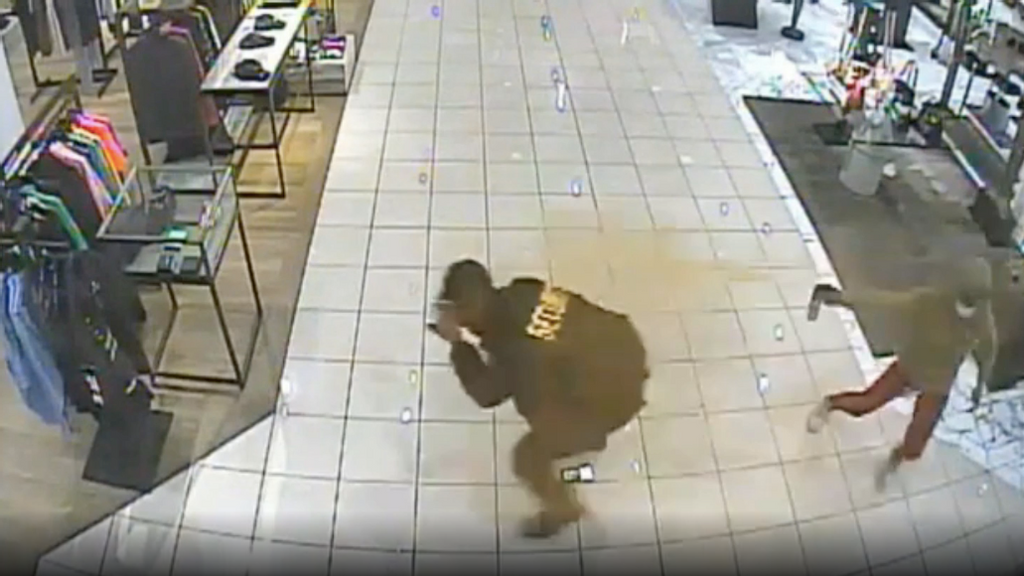 The Los Angeles Police Department is seeking the public’s assistance in identifying suspects involved in robberies at several retail stores at two locations in southern California. During one of the robberies, a security guard was attacked with bear spray.

Video released by police on Dec. 6 shows flash mob thefts in which groups of suspects entered stores in the 8500 block of Beverly Boulevard at the Beverly Center and grabbed merchandise without paying and ran out.

A second incident occurred at the Topanga Mall, police said, “in which an organized group attempted to burglarize a Nordstrom store. During the incident, a security officer was sprayed with bear spray. Officers responded and there is an ongoing investigation and active search for other individuals involved.

“The Department has investigators at scene at both locations conducting follow-up investigations to identify, pursue and bring the suspects in these crimes to justice.

Smash-and-grab robberies have been on the rise in recent months. On Dec. 2, Mayor Eric Garcetti, Los Angeles Police Chief Michel Moore and other officials announced the arrests of 14 suspects in connection with such crimes. The mayor said none of the suspects is in custody.

California has a zero-bail policy for misdemeanors and some lower-level felonies.

“All the suspects taken into custody are out of custody, either as a result of one juvenile, or the others as a result of bailing out or zero-bail criteria,” Moore said during the Dec. 2 press conference.

The police chief cited reports of smash-and-grab robberies that were occurring in other major cities in early November, but not in Los Angeles. “From Nov. 18 to the 28th, Los Angeles has 11 of those types of crimes, involving similar MOs where groups of suspects, working in tandem, worked to steal from high-end clothing stores often using weapons and physical force to overwhelm and intimidate store employees and other patrons.

“The 11 incidents resulted in 14 arrests so far,” Moore said.

The greater Los Angeles area ranked ninth out of 50 metropolitan statistical areas with the highest robbery rate in 2019. The Baltimore-Columbia-Towson metropolitan area in Maryland was ranked first that year with 242.7 robbery cases per 100,000 inhabitants, according to FBI data.