Red micro-algae can give plant-based patties the look of a real meat burger. 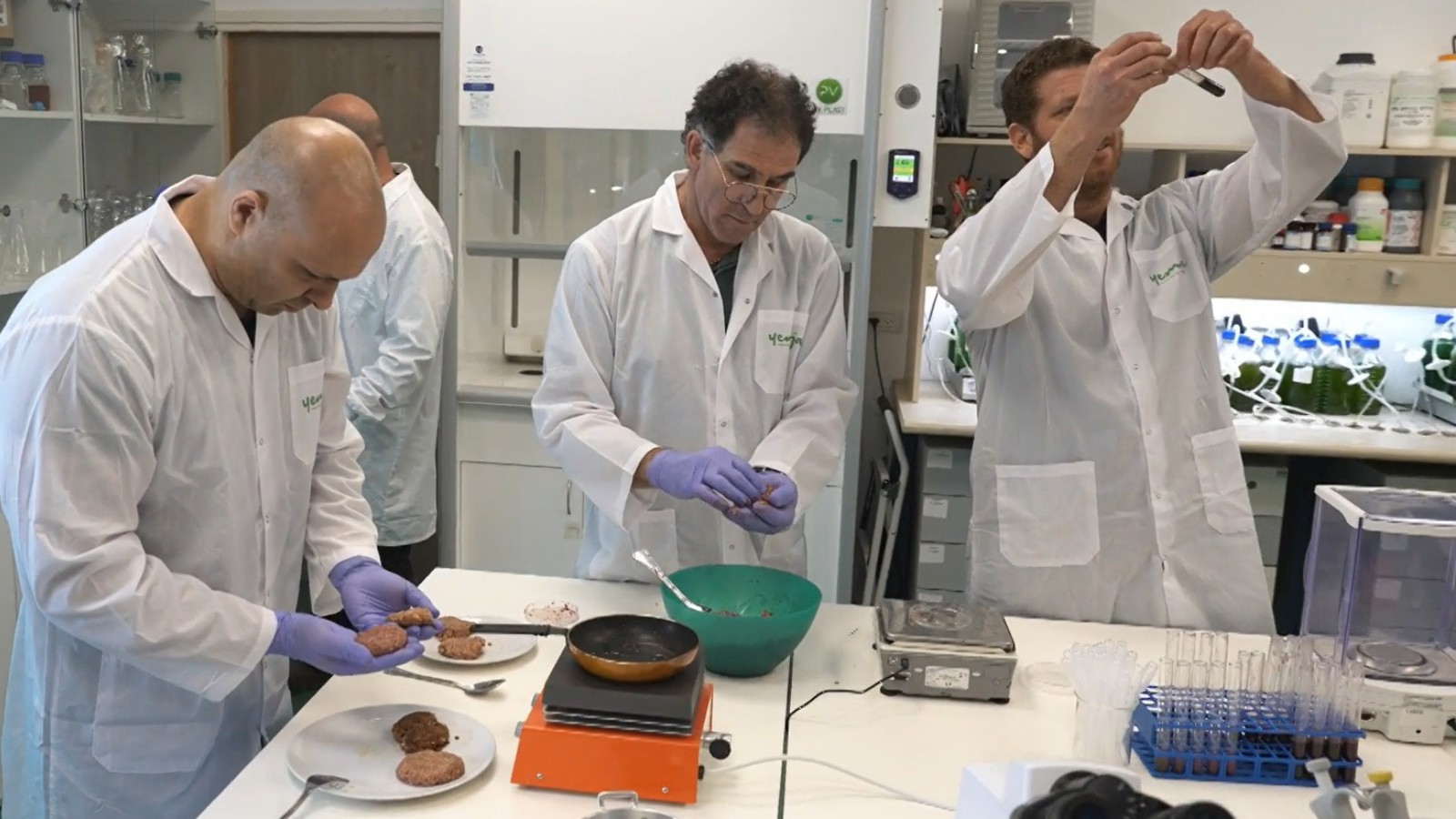 It’s an unfortunate truth that vegetarian burgers often suffer from a somewhat dry texture. But now, thanks to an innovative use of micro-algae, herbivores are also getting a chance to sink their teeth into what looks and feels like a bloody, oozing piece of meat.

“While working on a new formulation for cosmetic applications, we serendipitously discovered that this specific composition yields a substance that resembles blood in appearance and texture,” said Yemoja, co-founder and chief technology officer Amikam Bar-Gil.

“Encouraged by the first test results, we decided to push the boundaries further and take it to the next level, trying it out in test products. The results were an immediate proof of concept.”

The plant-based meat industry often uses beetroot juice or other color additives, according to the company, to turn meat substitutes an attractive red color in their raw form, but these don’t always keep their color in the cooked stage. To achieve the juicy look, companies often use sugars.

Yemoja’s solution browns up when sizzled and also congeals like real meat juices.

“We found the polysaccharides within this particular algae species express a viscosity similar to gelatin when cooked. Its natural fiber also awards an appealing crunchiness and emits an appetizing meaty aroma,” Bar-Gil said.

The startup is now piloting its micro-algae ingredient with one plant-based startup and another cultured meat producer and is reporting promising results.

“Alt-meat” innovator Redefine Meat announced in August the commercial launch of its first five products in select restaurants and hotels in Israel.

Redefine Meat, based in Rehovot, is expected to reach Europe later this year, and the United States and Asia in 2022. The company, founded in 2018, also revealed that it will launch its first whole-cut range later this year following pilot-testing success.

“Each product in the range and the ones to follow are born from our understanding of meat at the molecular level, extensive research and development and technological innovation, which combined provides us the ability to create any meat product that exists today,” said Eshchar Ben-Shitrit, CEO and co-founder of Redefine Meat.

“This has been critical to achieving a superiority in taste that, honestly, we did not even expect, and the technological versatility to do what no other has done — replace every part of the cow with tasty plant-based meat.”