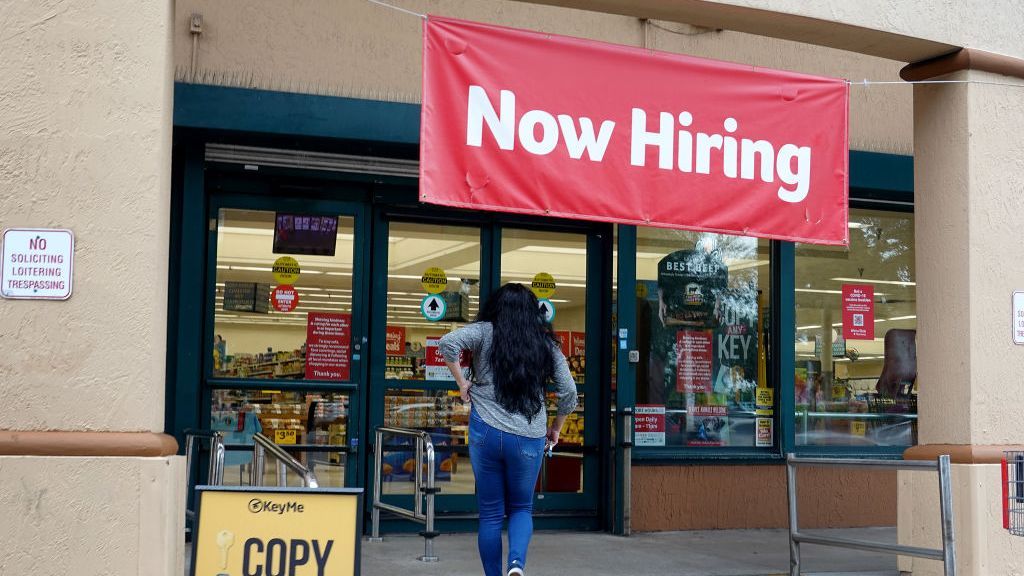 WASHINGTON — How’s the economy? It depends on who you ask. While the monthly U.S. jobs report showed employers again added fewer jobs than anticipated in November, the unemployment rate also dropped to a post-pandemic low.

The U.S. Bureau of Labor Statistics report showed an unexpectedly low number of new jobs added in November 2020, with employers reporting they added just 210,000 jobs in November, well short of expectations. It is the worst jobs report in President Joseph R. Biden’s presidency.

However, the November 2021 Employment Situation report had positive data for the U.S. economy, as the unemployment rate fell 0.4 percent to 4.2 percent.

The monthly report once again exposed the differences in the survey methodology, which is composed of two distinct sets of survey data, one of U.S. employers, and the other a survey of U.S. households. While the “payroll data” paints a bleak picture, the responses from household surveys were much more favorable.

“Reality is somewhere in between but it suggests that the overall labor market was much stronger than the payroll data alone would suggest during the month,” wrote Diane Swonk, chief economist at Grant Thornton, following the report’s Dec. 3 release.

Despite adding 210,000 jobs in November, the employment gains were short of several forecasts, including the monthly average compiled by the Federal Reserve itself. The Survey of Professional Forecasters, which is organized through the Philadelphia Federal Reserve, has forecasted a pace of about 562,000 new jobs added each month, according to economists at the Peterson Institute for International Economics.

While the November jobs report delivered numbers well below that monthly average, the economists at the Peterson Institute said that even with this month’s poor results, the number of jobs gained per month averaged 550,000. That’s near the Survey of Professional Forecasters estimate of 562,000 per month, which it set in May 2021 after the congressional passage of an economic stimulus package.

After the report’s release, economists tried to reconcile the gaps in the survey data. Michael D. Farren, a research fellow on labor economics and economic development at George Mason University’s Mercatus Center, said that the survey of employers is generally more reliable, since the sample size is larger, reflecting approximately 30 percent of all American employers.

One issue may be with seasonal hiring, which Farren said was lower this year than in the past.

“So we might be seeing a seasonal adjustment that is geared toward much more holiday season hiring than currently occurring,” Farren wrote on Twitter.

As Farren explained in a July interview with Zenger News, seasonal adjustments to results help balance labor numbers against common employment trends. A notable example is the holiday shopping season, where stores and services add staff to meet increased demand, only to later release most of these employees.

While the payroll survey of businesses polls about 400,000 establishments, the household survey of workers includes around 60,000 respondents, according to the Federal Reserve Bank of San Francisco. The separate surveys capture different concepts and scopes, the bank noted, as people holding more than one job, workers who are self-employed and other employment arrangements can be reflected in different results.

Swonk noted that in recent months, the data from the survey of employers has been revised upward in later months, as these upward or downward adjustments are common once researchers collect more data.

“The establishment data has not only consistently been revised up in recent months as more data became available, but it is increasingly hard to seasonally adjust the data given the distortions created by the pandemic,” Swonk said. “The number swings are too large to capture with the old rules of thumb used to make those adjustments.”

The numbers of people reporting being unemployed also dropped 542,000 to 6.9 million, the jobs report showed. Both numbers are below the peak of the April 2020 recession, but still short of the pre-pandemic level at February 2020, when the unemployment rate was 3.5 percent and 5.7 million workers reported being unemployed.

“The impact of the lingering Delta wave can’t be ignored. Covid-sensitive industries like leisure and hospitality, education and health care account for 69 percent of the remaining jobs shortfall vs. pre-pandemic,” Daniel Zhao, senior economist for job recruiter Glassdoor, wrote on Twitter.  “Covid remains the largest threat to a full jobs recovery.”

The jobs report could also lead to some policy changes that could impact inflation, Swonk wrote.

The Federal Reserve is expected to slow down its financial market stimulus program even earlier, moving up its date to end its bond-buying program in 2022, from June to March. Ending the program would then allow the Federal Reserve to raise interest rates in June 2022, which would also slow down inflationary pressure.