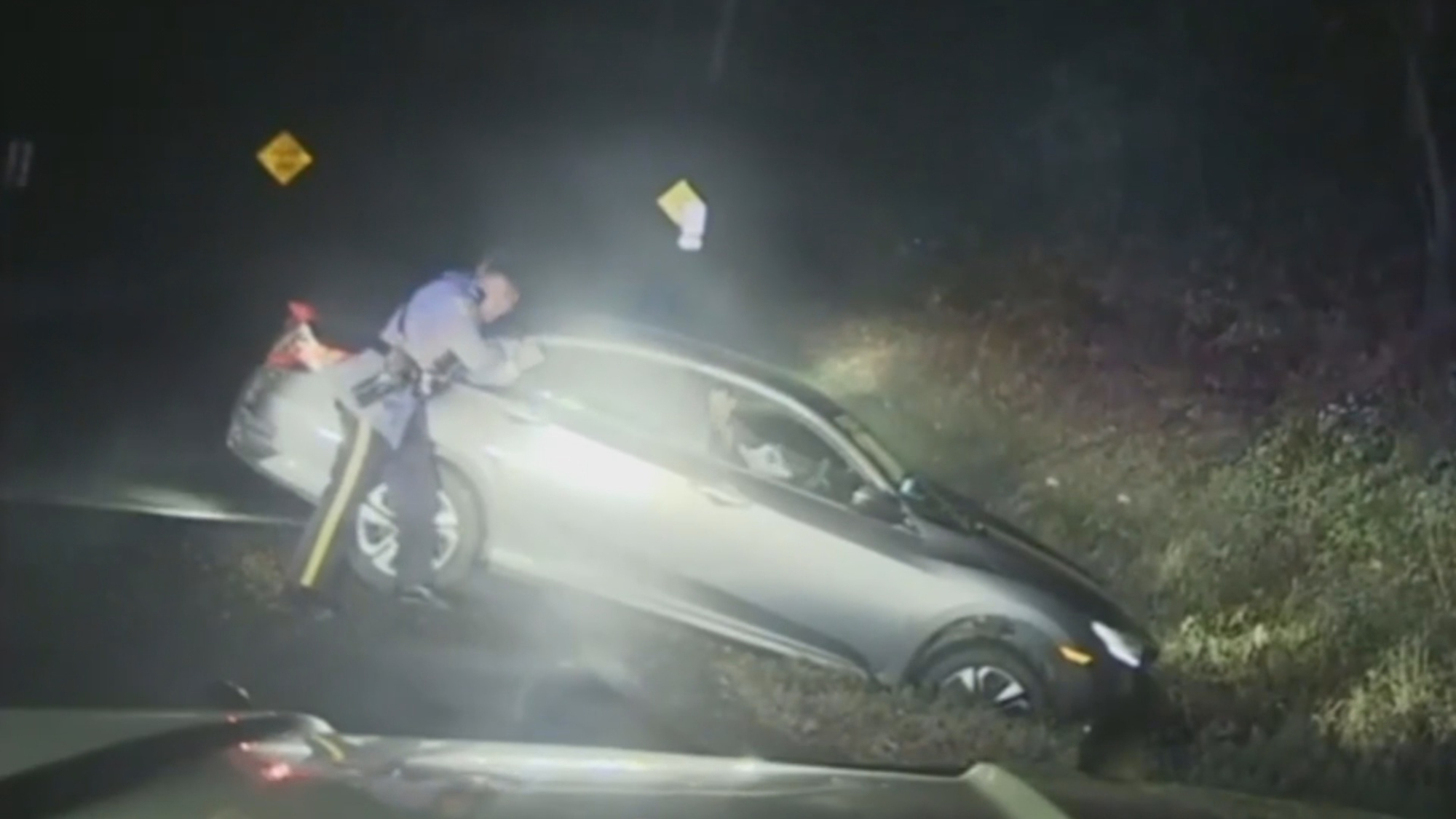 A man identified as Timothy Parks, 34, of Saylorsburg, Pennsylvania, was shot after he fired a weapon while in his vehicle and shot a dog that was in the vehicle, the video released on Dec. 6 shows.

According to the preliminary investigation, the Attorney General’s Office Department of Law and Public Safety statement says, “New Jersey State Police Troopers Joselo Machuca and Eduardo Tejada responded to a motor vehicle incident on Starlite Hill Road in Knowlton Township. Shortly after 1:30 a.m., Troopers Machuca and Tejada approached a vehicle that was stopped with the front end in a ditch.

“The vehicle was occupied by Mr. Parks and a dog. While the troopers were attempting to communicate with Mr. Parks, he fired a weapon from within the vehicle and shot the dog. Troopers Machuca and Tejada then fired their weapons into the vehicle, fatally wounding Mr. Parks.

“Troopers and medical personnel rendered first aid to Mr. Parks, who was transported to Lehigh Valley Hospital in Pennsylvania, where he was pronounced deceased shortly after 2:30 a.m.”

The shooting remains under investigation by the Office of Public Integrity and Accountability, the Attorney General’s Office said. “The recordings are being released pursuant to policies established by the Attorney General’s Office in 2019 that are designed to promote the fair, impartial, and transparent investigation of fatal police encounters. Investigators met today with Mr. Parks’ family to review the recordings.

“This investigation is being conducted pursuant to a state law enacted in January 2019 … which requires that the Attorney General’s Office conduct all investigations of a person’s death that occurs during an encounter with a law enforcement officer acting in the officer’s official capacity or while the decedent is in custody.”

Separately, the Attorney General’s Office said, the Independent Prosecutor Directive, which was issued in December 2019, outlines a 10-step process for conducting these investigations. The Directive establishes clear procedures governing such investigations to ensure that they are conducted in a full, impartial and transparent manner.

“Under both state law and the Directive, when the entire investigation is complete, the case will be presented to a grand jury, typically consisting of 16 to 23 citizens, to make the ultimate decision regarding whether criminal charges will be filed.”

The duty status of the two officers involved in the incident was not reported.