Snout Of Line: Trackers On Wild Pigs Show That Weather May Help Predict Their Movements

Scientists can predict their movement to help stop the feral porkers from hogging farmers’ crops. 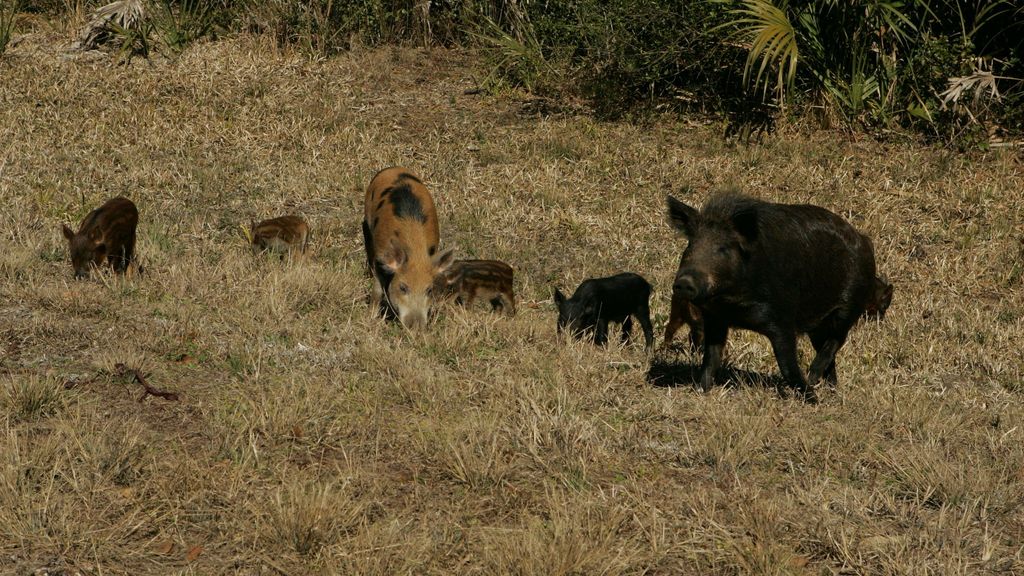 The spread of wild or feral pigs has become a growing problem in the United States and Canada despite efforts by authorities and landowners to eliminate them. But new research may offer strategies to control the porcine menace that threatens wildlife and costs millions of dollars in losses to farmers and other property owners.

Researchers at the University of Georgia’s Savannah River Ecology Lab and Warnell School of Forestry and Natural Resources tracked wild pigs in and near the Savannah River Site in South Carolina. They confirmed that the hogs choose a home range based on a preferred habitat, but found that weather can aid in predicting where they will roam.

European pigs were first brought to the Americas in the 1500s by Spanish explorers and conquistadors who released them into the wild to fatten up on the virgin land. In more recent times, wild pigs originating from farms and hunting preserves have spread throughout much of the United States but also as far north as the Canadian provinces of Alberta, Saskatchewan and Manitoba, where they thrive despite sub-zero temperatures.

Up to 9 million wild pigs in the United States cost approximately $1.5 billion in damages annually, according to the U.S. Department of Agriculture, wreaking havoc on parks, farmland, golf courses and other private property. Public authorities and private landowners have tried poisoning and trapping, as well as hunting pigs from the air. Yet, the pigs continue to multiply.

“Pigs are one of the most adaptive ecological generalists,” said study co-author Jim Beasley of the University of Georgia. “They’re really intelligent animals, and management of them often has to be really adaptive as well, changing on a week-to-week or even day-to-day basis. It all ties back to efficiency of management and how you allocate your resources.”

The research team used baited traps to capture 49 pigs and fit each with a radio collar. Once released, the pigs were tracked for over a year. The data collected showed that the pigs usually stayed close to bottomland hardwood swamps, which are their preferred hangout. While this environment offers plenty of food, such as acorns, a nearby source of water is important in a hot climate. Pigs do not regulate their body temperature well and, much like dogs, require water to stay cool.

Female pigs tend to stay close to home, the researchers found. “In most mammals, females are more tied to resources than males,” Beasley said. “Males often move around more throughout the landscape to gain access to females — especially pigs, which can breed year-round.”

The team looked at variables such as weather, landscape and habitat quality, so land managers can make better decisions about controlling pigs, week by week. “The idea was to provide knowledge of wild pig movements at a temporal scale, at which most management practices and decisions occur,” said lead author Lindsay Clontz.

Of particular interest was the finding that when air temperatures rose and air pressure fell, the pigs tended to stay put, which may be key to controlling their spread.

“You’ve probably heard people talk about pets or animals responding before a storm,” Beasley said. “When these bad weather events hit, pigs tend to concentrate their movements, probably in areas of cover to stay out of the elements. That has a direct application in how we implement trapping or other control programs and [decide] where and when to concentrate efforts.”

The study has broader implications because pigs spread diseases among themselves and to human beings. Health authorities in Europe and Asia are coping with African swine and classical swine fever contagion. These can destroy both domestic and wild pigs and may affect human health. The viruses can be transmitted by dead or living animals, as well as through pork food products.

The danger posed to human health convinced German authorities to fence off large tracts of forestland to limit the spread of African swine fever among domestic pigs. An outbreak of the disease could endanger Germany’s annual export of nearly $5 billion in pork products. Meanwhile, classical swine fever has spread in Japan for the last two years, according to the researchers, causing massive economic and environmental damage. When an outbreak is detected, millions of pigs must be slaughtered and disposed of.